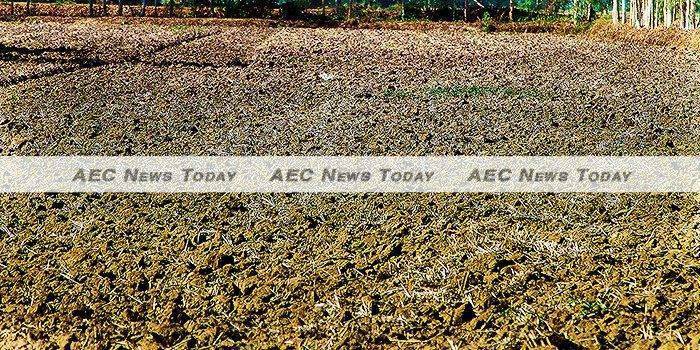 Vietnam’s Mekong Delta region is known as a famously productive agricultural area thanks to the rich nutrients carried downstream by the Mekong River. The delta produces enormous crops of rice and fruit every year, feeding tens of millions both in Vietnam and overseas. However, a historic ongoing drought, along with unprecedented saltwater intrusion, is causing severe damage to Vietnam’s “rice basket”.

The current drought was first predicted last August, when experts realised a powerful El Nino was setting up in the Pacific Ocean. This phenomenon has been even more powerful than the last major event in 1997, and has caused everything from deadly flooding to withering drought around the world.

Vietnam has also suffered from low rainfall totals over the last two years, with 2014 seeing a 30 per cent fall from the previous year and 2015 falling further. According to the National Hydro-Meteorological Service (NHMS), last year’s floods in the Mekong Delta were at their lowest level since 1926,

This means that saltwater has been able to work its way from the sea up the many branches of the Mekong River, killing crops along the way. For example, salt is now present in rivers and ponds in Tien Giang and Ben Tre Provinces, which produce fruit such as grapefruit, mango, rambutan and jackfruit.

Farmers have watered their farms with this water, leading to the destruction of thousands of hectares of fruit and millions of plants and flowers. The economic impact of this saltwater intrusion is devastating, as agriculture is the sole means of income for millions in the Mekong Delta.

The dual threat of drought and saltwater has been no less deadly to the Mekong Delta’s vital rice paddies. On 17 March Vietnam’s Ministry of Agriculture and Rural Development (Mard) stated that roughly 180,000 hectares of paddy fields have been damaged by the Mekong Delta drought, a figure that is growing by the day.

Meanwhile, the Department of Crop Production (DCP) estimates the drought will cost US$1.5 billion (VND 34 trillion) to recover from. Cao Duc Phat, the Mard minister, says that 500,000 hectares (1.236 million acres) of the summer-autumn rice crop will not be able to be planted if the Mekong Delta drought continues until the start of the rainy season in June. Approximately 575,000 people are already facing fresh water shortages, including critical facilities like schools and hospitals in Ben Tre.

The water crisis is even beginning to impact Ho Chi Minh City (HCMC), the country’s largest city and economic hub. Saltwater is now present in the Saigon and Dong Nai Rivers, the main water sources for the metropolis.

The Saigon Water Corporation (Sawaco) has had to stop collecting water at one of its plants 15 times since January 25. At times, the salt concentration in the intake reached 366 mg per litre, well above the acceptable limit of 250 mg per litre. These levels will continue to rise as the Mekong Delta drought deepens, meaning tap water shortages could be on the horizon for HCMC.

The drought and resulting low water levels in the Mekong Delta have also fanned tensions among Vietnam and its neighbours, all of whom heavily rely on the Mekong for their agricultural livelihood.

In recent decades a number of dams have been built upstream on the Mekong River, with many more planned, particularly in Laos. These projects reduce water flow at the end of the Mekong, leaving Vietnam with whatever is left once the river has runs its course through the dams.

In January, Thailand infuriated Vietnam when it diverted water from the Mekong to irrigate its own drought-stricken provinces without consulting the downriver country first.

The Mekong River Commission (MRC), an organisation which includes each country which the Mekong River runs through, was created to deal with issues like this, but it has been largely ineffective. When it comes to managing the flow of the Mekong River, Vietnam is powerless.

One of Vietnam’s neighbours is attempting to help somewhat. China agreed to increase the flow of Mekong water from its Jinghong dam on March 15, and will continue to do so until April 10. Unfortunately, this won’t have a great impact, as the Mekong Delta is thousands of kilometres downstream from the dam, so much of the increased flow will be consumed by Thailand, Laos and Cambodia.

To make matters worse, this year’s rainy season is predicted to arrive later than usual, meaning there won’t be any extra fresh water to push back against increasing salinisation for several months to come.

Salt water has already reached 15 to 20 kilometres (9 to 12.5 miles) deeper into the region than in previous years, with one branch of the Mekong seeing salt almost 100 km (62 miles) from its mouth on the East Sea.

As of March 8 the Vietnamese government had pledged  US$6.3 million (VND 140 billion) to a relief fund for farmers affected by the Mekong Delta drought, and there is even talk of potentially clearing loans for the most vulnerable residents. Such steps will ease some of the pain, but what these farmers really need are healthy fields. Sadly, it seems that the Mekong Delta is in for a lot more pain before things start to improve.