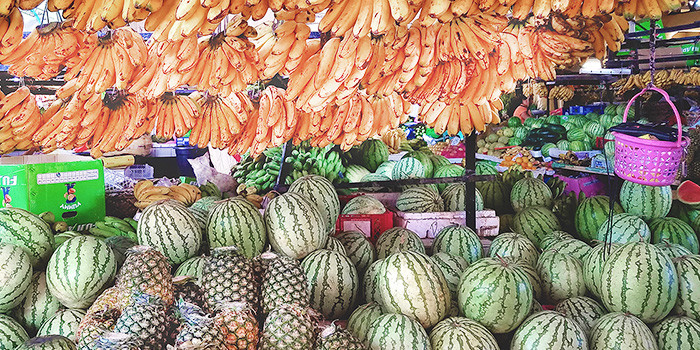 Following Philippine independence in 1946 thousands of people from other parts of the country flocked to Mindanao in search of a better life giving rise to its reputation as a ‘land of promise’. While the promise was there, the gold rush-like ‘stampede’ led Mindanao down a path of sectarian fighting between the island’s original majority Muslim population and the mostly Christian interlopers, many of who were seen as illegal land grabbers.

While a military operation currently underway attempts to flush out and exterminate Islamist militant group Abu Sayyaf  in the wake of other groups negotiating permanent cease fires with the government, people are again looking at what Mindanao can bring to the national table.

The second largest island in the Philippine archipelago, Mindanao has been historically neglected by the national government at budget times, receiving significantly less than its population of 24.136 million (2015) and 104,630 square kilometre (40,397 sq. mile) area would dictate.

Larger than 125 countries including South Korea, Netherlands, and Austria, all of that is now changing for the eighth most populous island in the world, with local politicians now in seats of national power, not the least of who is President Rodrigo Duterte.

President Duterte has also talked about a rail network for the entire island (See: Will Rodrigo Duterte Drag The Philippines Back To The Marcos Era?) resulting in firms from China, Japan, and South Korea offering to build the 2,000-kilometre network needed to connect major cities on the island.

There’s little doubt that an end to 40 years of abductions, bombings, sabotage, hijackings, and beheading’s, in addition to a fairer share of the Philippine budget, will see Mindanao flourish, increasing its contribution to Philippines GDP to considerably more than the 14 per cent it does currently.

Mindanao: Food Basket of the Philipines

Located below the typhoon belt its large tracts of fertile land have seen Mindanao establish itself as the food basket of the Philippines, producing some 60 per cent of the Philippines major crops, including coconut, cacao, pineapple, cassava, coffee, banana, rubber, and corn. Eight of the top ten agri-commodities exported by the Philippines are sourced from Mindanao.

General Santos City, home of Philippine boxing icon Manny Pacquiao, is dubbed as the “tuna capital” of the Philippines due to the size of the industry there.

However any companies wish to exploit the regions mineral wealth will have to get their project past Philippines environment secretary Regina “Gina” Lopez first (See: Philippine Mining Sector: Polluting Mines to be Closed).

While the Mindanao tourism sector has been constrained due to abductions and other acts of terrorism, a few locations have managed to carve themselves a reputation, with the local travel sector ready to develop quickly once peace is fully restored. Mt. Apo is a favourite with mountain climbers, while the Cagayan River is well-known for whitewater rafting and kayaking. Other tourism spots that have managed to establish themselves include Lake Sebu, Maria Cristina Falls, and Samal Island, while Siargao is the surfing capital of the Philippines.

With thousands of kilometres of white sandy beaches and unspoiled clear-blue water, the end of hostilities and improved infrastructure could see tourism increase many times over in a very short period of time across a the entire tourism spectrum.

Access is not a problem with four international airports, while the Port of Davao is the busiest international container port in the Visayas island group, serving as both a gateway to the Southern Philippines as well as international ports.

The Battle to Destroy Abu Sayyaf

The battle to “destroy” Abu Sayyaf commenced after the group beheaded Canadians Robert Hall and John Ridsdel earlier this year, and 18-year-old Filipino Patrick Almodovar last month, despite the Philippine government having made a secret ransom payment for the latter.

According to the Armed Forces of the Philippines (AFP) some 9,000 troops will poor into the Mindanao province of Sulu this coming week, reportedly the biggest troop deployment in recent memory.

In a report published by Inquirer.net AFP Brigadier General Restituto Padilla said the deployment was equivalent to almost two Army divisions, with 8,000 fighting soldiers in place.

Three more infantry battalions consisting of around 1,500 soldiers are on their way to reinforce the troops already in Sulu, he said, while “troop realignments” were  also occurring on Basilan island, where Abu Sayyaf also have a presence.

In addition to ground troops the Inquirer.net story quoted Brigadier General Padilla as saying the operation to clear Abu Sayyaf from Mindanao was supported by artillery, air, and naval support.

Up until the end of last week 25 Abu Sayyaf fighters have been killed in clashes with the AFP, which has seen 15 of its own soldiers killed and a further 12 wounded.

In an apparent reprisal to the ongoing military operation a bomb was detonated in a night market in President Duterte’s home town of Davao, the largest city on Mindanao, killing 14 people and wounding 71 others last Friday.

With both sides vowing this to be the “last war” the long and drawn-out Mindanao insurgency could finally be coming to end and along with it the lacklustre economic development that see’s Mindanao hold the unflattering title of hosting the 11 poorest provinces in the Philippines.

While Mindanao GDP currently lags far behind Luzon which has benefitted from disproportionate government funding and peace over the years, Mindanao might once again become widely known as a land where one can make a fortune through hard work and determination.

In fact Asean Confidential estimated last year that Mindanao’s GDP could grow an additional 50 per cent over the next decade: 20 per cent from mining, 10-15 per cent from palm oil and rubber, 10 per cent from other cash crops such as cacao and coffee, and the rest from an indirect boost to services.

Another Mindanao “gold rush” though will be largely dependent on how successful the AFP is in its “last war” against Abu Sayyaf.