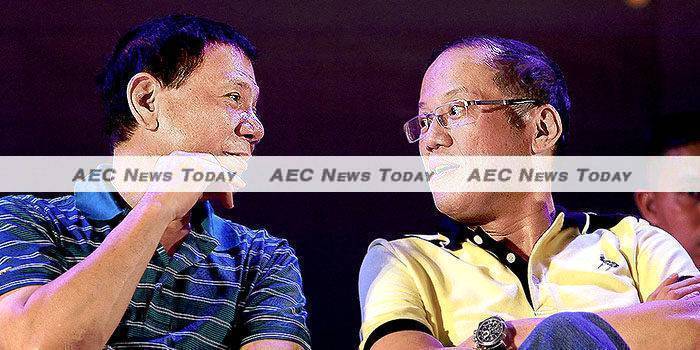 There may be more to the Philippines’ new president Rodrigo Duterte than his tough guy image indicates. In the populist theatrics that are Filipino politics the overwhelming election of Duterte should not have come as a surprise, even with common, but inaccurate, comparisons to the US presidential candidate Donald Trump. Unlike Trump, Duterte is an active Filipino politician and, unlike Trump, his rhetorical bluster is backed by action.

Duterte’s campaign was notable for its tough and sometimes trashy talk, particularly his pledges to step outside the law to crack down on crime and corruption. He has even threatened to curtail the role of the Philippines legislature if its members are found to be corrupt or don’t join him in his fight against corruption.

Duterte is seen as a political outsider because he is not of the traditional Philippine elite. Yet in a country in which private armed groups and extra-legal measures have been commonplace in politics, Duterte has earned an undeniable reputation for backing strong words with strong action.

As mayor of Davao City in southern Mindanao, where insurgency and crime have been rampant, Duterte has allegedly cracked down on drug crime by ordering the extra-judicial killing of drug dealers, alleged drug dealers, and others who have earned the mayor’s ire.

Duterte’s reputation is enough to cause concern among entirely innocent people. It has been suggested that, in order for Duterte to preserve his political position, not all of those killed in extra-judicial circumstances in Davao City were criminals. Yet, when it comes to cracking down on crime and corruption, there is no doubt that Duterte has been effective.

Seen to be a ‘people’s leader’

While Duterte’s tough-talking campaign for the presidency won him many fans among those Filipinos who encounter crime and corruption on a regular basis, he is also seen by many to be a ‘people’s leader’, sympathetic to the plight of the country’s disproportionate poor. Duterte was also the only presidential aspirant to put forward clear plans to deal with two of the Philippines’ biggest problems: China’s encroachment in the South China Sea and the Islamist separatist rebellion on his home island of Mindanao.

The Philippines reasonably claims that China has encroached on waters that should, under international law, fall partially to the Philippines’ jurisdiction. Rather than making a simple — and confrontational — territorial claim, Duterte has suggested an alternative in which disputing countries in the South China Sea negotiate a resource-sharing agreement in a mutually administered region.

The case of Mindanao speaks to Duterte’s view that the Philippines should be a federal rather than a unitary state, which might go some way towards resolving some of the country’s regional problems, particularly in the Islamic south. This proposal is unlikely to receive a positive response from the legislature and confrontation between the new president and the legislature can be expected.

Duterte is also proposing banning the sale of alcohol after midnight. His concern for tackling social ills runs the full gamut from organised crime to potential social misbehaviour.

Strong leadership appeals to many

None of this suggests that Duterte is the knight in tarnished armour that the Philippines has been waiting for. But it does suggest that while Duterte may have unorthodox methods regarding crime — and perhaps shoring up his own political position — he appears to have some understanding of complex issues that have to date largely escaped the attention of the Filipino political elite. The question now is whether Duterte will tone down his hometown tough-guy image to rise to the presidential office?

In a very tight race vice-presidential candidate Leni Robredo appears to have just squeezed ahead of Ferdinand ‘Bongbong’ Marcos, the son of former Philippines dictator Ferdinand Marcos. Robredo comes from an activist, political background and her social justice orientation might be a useful foil to Duterte’s more aggressive interpretation of ‘justice’. Robredo also appears to have the skills to succeed Duterte, who is only allowed one term as president.

The 2016 Philippine elections showed that being a ‘strong’ political leader has continued appeal for many, perhaps most, Filipinos. Marcos may have come from a very different political (and geographic) background to Duterte, but aspects of his appeal were similar.

As unofficial polling was showing that Robredo was beginning to pull ahead of Marcos in the vice-presidential race, Marcos called for polling to be stopped on the grounds that the results might ‘confuse’ voters. This led to the impression that he may have been creating an opportunity for vote-rigging, as his father Ferdinand Marcos did in his own last election.

While many Filipinos look to good, smart candidates as their preferred leaders, many — perhaps most — also continue to look to more superficial aspects of appeal. But populism should not be taken as a sign that Duterte is not serious about governance outcomes. Behind the theatrics, Philippines politics is played hard, sometimes to the point of violence.

This article was written by Professor Damien Kingsbury, Professor on International Politics at Deakin University. It first appeared on East Asia Forum under a Creative Commons license and is reproduced here with its permission. A version of this article first appeared here on Asian Currents.