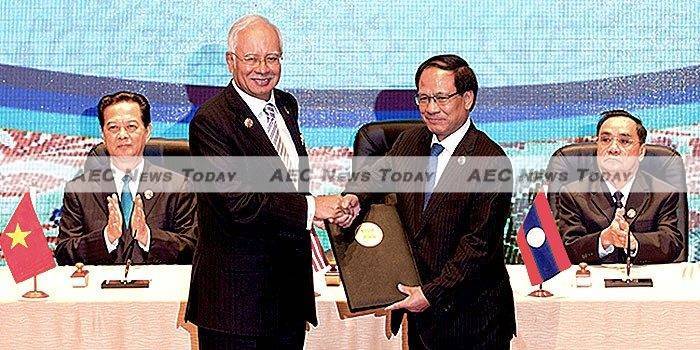 Malaysia ended its chairmanship of Asean as the grouping announced the establishment of the Asean Economic Community (AEC) in November 2015. The AEC intends to create a single market across the Asean region by standardising economic regulations including those on trade, flows of financial capital and labour migration. (See: 2015 Kuala Lumpur Declaration Formalises Asean Community Start)

Malaysia is one of a few Asean countries that have pushed most strongly for initiatives to enhance intraregional economic cooperation. But there may be cause for disappointment in what Malaysia has achieved as Asean’s chair.

While Asean has announced that it has achieved more than 90 per cent of AEC targets, this does not appear to have brought many tangible benefits for either the region’s business community or ordinary people.

Businesses continue to complain about overlapping rules and regulations that raise their costs when trading and doing business across borders. Though ten countries have signed onto a framework that intends to direct the movement of skilled labour in the region, actual movement remains subject to the policies of individual nations. Ordinary people are yet to acknowledge that Asean initiatives have resulted in higher income and more job opportunities.

For the last ten years establishing an integrated community has been one of Asean’s primary ambitions. Much of the groundwork was laid when it announced a number of goals and targets in 2003. It then created the Asean Charter and other roadmaps in 2007 to meet these ambitions.

The grouping attracted the interest of the United States and Russia who became members of the East Asia Summit (EAS), a mechanism driven by Asean, in 2010.

The international community’s growing recognition of Asean was further seen in the appointment of some 70 ambassadors to Asean as well as the regular invitation of the Asean Secretary-General and the Asean Chair to G20 meetings.

But it seems that the association’s propensity to develop groundbreaking ideas and initiatives has slowed under Malaysia’s chairmanship.

Malaysia has failed to meet expectations that it would be able to achieve some consensus on the South China Sea issue between Asean countries and China. Although Malaysia showed its determination to include statements on the South China Sea during its April Summit and Asean Foreign Ministers Meeting (AFMM) in August, it could not secure a joint declaration for the Asean Defense Ministers Meeting (ADMM) in November.

The reason cited for such failure was China’s insistence on blocking any mention of its assertiveness in the South China Sea, while the United States refused to support any statement without mention of the territorial dispute. This was not unexpected given US-China rivalry with respect to their economic rise and China’s close bilateral economic relations with many Southeast Asian nations, including Malaysia.

At the same time Malaysia cannot be held wholly responsible for not fulfilling all the expectations placed on the Asean chair.

Asean operates according to a consensus decision-making system and therefore any one member has the capability to block a policy proposal. The chair country, in this case Malaysia, is merely a facilitator. It cannot deliver on an ambitious target if other member states, especially the less developed ones, are still struggling to comply with previous commitments and are apprehensive of new regional plans and projects.

In the last few years Southeast Asia has also witnessed rising nationalistic sentiments that may again slow down the process of deeper integration. Indonesia, for example, has typically responded to a slowdown in growth by utilising protectionist measures, such as non-tariff barriers.

If Indonesia and other Southeast Asian nations increasingly turn inwards in the face of economic challenges this could drastically hinder integration.

Still, Malaysia continues to try to make its mark. Malaysia has been praised for engaging the private sector more deeply with regional policymakers. It launched the ‘Asean Pathfinder Project’ in October that intends to provide opportunities to Southeast Asian companies to expand in the region.

As part of this program each member country will propose ten local companies. The final 100 companies that are selected will have access to more streamlined administrative processes in securing licenses and approvals from other Asean member countries.

Malaysia has also been promoting the idea of strengthening Asean’s internal institutions, particularly the Asean Secretariat. And Malaysia has launched the idea of ‘AEC 2025’, which builds upon Asean’s earlier idea of a ‘single market and production base’ and extends it further to include sustainable economic development.

Although AEC 2025 does not promote any bold ideas, it provides evidence for Asean’s willingness for continuity with its regional initiative, especially during the time of increased geo-political and economic vulnerability in the global economy.

Only time will tell whether the initiatives propagated under Malaysia’s time as Asean Chair will take the region to new heights or plateau the pace of community building. What is clear is that current initiatives will have a future bearing on Asean’s capacity to attain a central position in a wider and more complex Asian institutional architecture.

Written by Sanchita Basu Das, a Fellow and Lead Researcher (Economics) at the Asean Studies Centre and the Coordinator of the Singapore Apec Study Centre, both based at ISEAS-Yusof Ishak Institute, Singapore. This article first appeared on East Asia Forum under a Creative Commons license and is reproduced here with its permission.