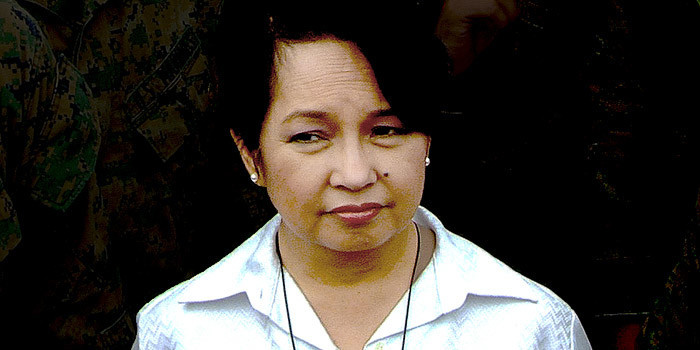 The Philippines’ top court paved the way for the release of detained former president Gloria Macapagal-Arroyo last week when it voted to clear her of plunder charges relating to the misuse of Philippine Charity Sweepstakes Office (PCSO) funds while she was in office – funds intended for the the nation’s poor.

The 15-member Philippine Supreme Court voted 11-4 to grant the former president ‘demurrer’ (objection) to evidence presented by the Ombudsman, who first commenced proceedings against her in 2012. The granting of demurrer to evidence amounts to an acquittal and means the court believes the prosecution has presented insufficient evidence to obtain a conviction.

While the July 19 ruling was cause for celebration for Arroyo supporters and allies, others have expressed their dismay and disappointment. Former justice secretary and now Senator, Leila de Lima, told the Philippine Daily Inquirer (PDI) that she was disappointed with and “disheartened” by the ruling, noting how the Sandiganbayan, a special appellate collegial court in the Philippines, had repeatedly dismissed Ms Arroyo’s pleas for bail and demurrer to evidence over the last four years.

In the same report Senator Risa Hontiveros, one of the original petitioners in the plunder case against Ms Arroyo, said “I am shocked with the high court’s ruling. But we will not lose hope. Let us continue the fight for justice,” she said in a statement.

In 2012, the Ombudsman charged Ms Arroyo before the Sandiganbayan anti-graft court for plunder in connection with the misuse of US$7.7 million (P366 million) PCSO intelligence fund, also known as the confidential fund, between 2008 and 2010.

According to the Ombudsman, these funds were “converted, misused, and illegally transferred for their own use in the guise of fictitious expenditures.”

Former PCSO Chairman Sergio Valencia and former PCSO accounting and budget manager Benigno Aguas were among those charged together with Ms Arroyo.

At the time of the filing of the charges, Ms Arroyo was serving her first term as representative of Pampanga’s second congressional district, but had spent the previous 12 months detained in relation to a vote-rigging case filed against her. In 2012 a court granted her application for bail claiming the evidence against her was week. However, before she could be released from jail the Ombudsman filed the plunder prosecution.

Over the weekend Ms Arroyo told ABS-CBN television: “This whole thing of [using] political power to persecute political enemies, this must stop. I must be the last victim. I don’t wish what happened to me on my worst enemies,” she said.

In a statement lawyer Ferdinand Topacio, spokesman for Ms Arroyo’s husband former first gentleman Mike Arroyo, said justice has been served. The Supreme Court’s “ruling today has validated what we have been saying for years now: that charges against Arroyo are nothing more than disingenuous attempts at political persecution by a corrupt and inept Aquino Administration intent on covering up its gross lack of accomplishments by harassing its political opponents”.

The newly-installed Duterte Administration has called on the nation to respect the decision of the court regarding the Arroyo case. “Let us respect and abide by the High Court’s decision,” presidential communications secretary Martin Andanar said in a statement.

Ms Arroyo is a known political ally of President Duterte who, even prior to winning the presidency, said that he would release Ms Arroyo from detention claiming it was unfair for the former leader to be detained while her co-accused were already out. Mr Duterte had also offered to pardon Ms Arroyo, but she rejected the offer as it would have required her to admit guilt to the charges against her.

Despite her detention Ms Arroyo was elected for a third term to the House of Representatives in the May elections and yesterday (Monday, July 25) returned to congress to hear Mr Duterte’s address to the legislature and for the opening of parliament.

For now Ms Arroyo is free and planning to go abroad to receive treatment for a spinal illness that saw her spend four of her five years in detention under hospital arrest at the Veterans Memorial Medical Center (VMMC) in Quezon City. For how long her newly acquired freedom will last is questionable with the Office of the Ombudsman expected to appeal the High Court’s decision and late last week announced it was preparing to file additional corruption charges against her.

Taiwanese animators and the Duterte administration: the first 60 days (video)