Barking At Your Benefactor: Duterte Vs UN 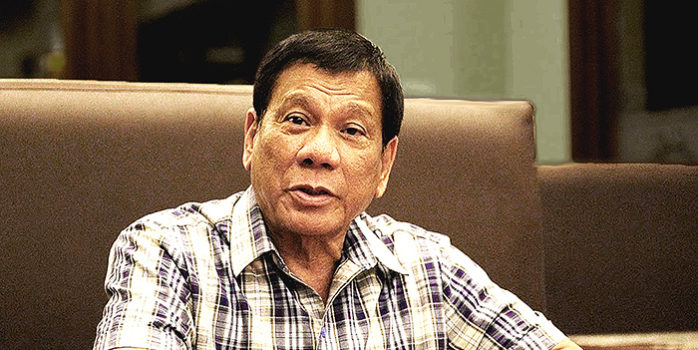 More than 1,900 drug suspects have been killed since Mr Duterte took office on a promise to clean the Philippines of the drugs menace. But his critics have charged that the President is resorting to extrajudicial killings to achieve that end.

Mr Duterte responded by threatening to leave the world body. He said the Philippines might be forced to form a rival group with China and African nations. Mr Duterte also claimed that the Philippines gets nothing but criticism from the United Nations.

However, a look at the facts shows that Mr Duterte is well and truly misguided on his claim that the Philippines has not benefited from being a member of the United Nations for the past 70 years.

The United Nations was established in 1945 with the Philippines one of its founding members. Since then the Philippines has benefited immensely from a long list of UN programs dealing with food security, health, disaster relief and recovery, climate change, among others.

The United Nations was among the first to respond when Super Typhoon Yolanda (Haiyan) after it struck Tacloban City and nearby areas two years ago.

Aside from flying in tons of “high energy” biscuits in the immediate aftermath of the typhoon, the United Nations also launched an action plan geared towards raising $301 million (P13 billion) from international donors to support relief and recovery operations in the typhoon-affected areas.

The United Nations Development Program (UNDP) also partnered with the European Union (EU) to resettle typhoon victims. The first batch of 55 housing units was turned over to beneficiaries last month.

The UNDP and partners also contributed $3.9 million (P172 million) to the Resilience and Preparedness Towards Inclusiveness Development (RAPID) programme which seeks to improve disaster risk reduction and management in the typhoon-affected areas.

The Department of Education (DepEd) and UNDP have collaborated to provide information technology (IT) equipment to stand-alone Senior High Schools (SHS) nationwide to support the implementation of the K-12 Program (See: Weighing The Benefits of The Philippines K-12 Programme).

The United Nations is also funding HIV, TB, and malaria programmes in the Philippines through the Global Fund.

According to the Food and Agriculture Organization (FAO) website, for more than three decades the agency has been working with the Philippine government and other sectors to address challenges in the agriculture, fisheries, and forestry projects.

FAO’s support to the Philippines includes funding for new aquaculture, agribusiness, and livelihood projects in Mindanao and other areas, which amounts to $1.2 million (P56.5 million). These projects were started in 2015 and completed this year.

According to some experts, the Philippines runs the risk of being isolated if it makes good on its threat to leave the United Nations – a comment Mr Duterte has rapidly back-tracked on since making it.

Lauro Baja, who served as the Philippines representative to the United Nations during the time of former President Gloria Macapagal-Arroyo, told the media that such move would have serious implications for the country.

According to him the Philippines stands to lose many benefits on top of being isolated in the community of nations. “The implications of a UN withdrawal are too serious to even consider”, he stressed.

The anti-UN tirade is not the first time that the Filipino leader has lashed out at international organizations and representatives of foreign governments.

While campaigning for the presidency Mr Duterte said that he might sever ties with Australia and the United States if elected, after the ambassadors of the two countries criticized his comments over the jailhouse gang-rape and subsequent death of an Australian missionary. The United States and Australia are two of the Philippines closest allies.

Shortly after taking office Mr Duterte created a diplomatic stir after he called US Ambassador Philip Goldberg a “gay son of a bitch”, while he labelled the head of the Catholic Church, Pope Francis, a “son of a whore” after his visit to Manila created traffic jams. In May he made a joke about burning the Singapore flag, after having burned one in 1995 to protest the execution of a Filipino maid convicted of a double murder.

Most recently he has threatened to go to war with China if a suitable agreement on shared use of Scarborough Shoal can not be agreed to. “I guarantee to [China], if you enter here, it will be bloody,” he said.

Instead of waging a word war with the United Nations and foreign governments and their representatives, Mr Duterte should focus his energy on building closer ties with friends and allies across the global spectrum.