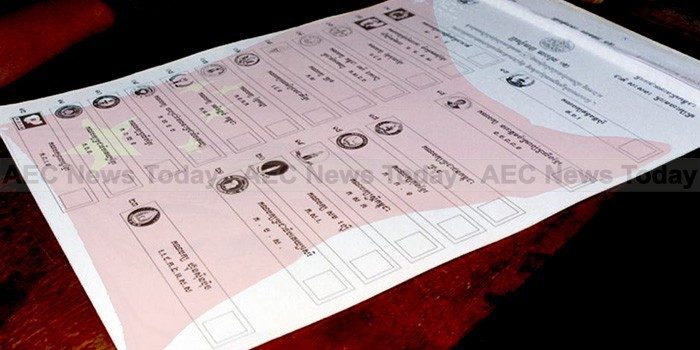 When Cambodians go to the polls for the 2017 Cambodia Commune elections they will be exercising their democratic rights with the assistance of the world’s largest communist country, China.

In a further gesture of Beijing’s warm relations with Phnom Penh, China’s ambassador to Cambodia, Xiong Bo, has handed $11.7 million in goods to the Cambodia National Election Committee (NEC) to help facilitate the Cambodia Commune elections .

The gift, comprising 44 cars, 29 motorbikes, 26 pieces of video conferencing equipment, 80 computers and 75 printers, far exceeds the $6.7 million and $1.1 million in election-related aid provided by the EU, and Japan respectively.

In an interview with The Cambodia Daily, NEC spokesman Hang Puthea said the equipment would help meet the committee’s needs in holding the 2017 Cambodia Commune elections. Although he would not specify how the items would be of benefit, he was able to say: “The materials are not completely enough for us at the NEC, but they could reduce some of our difficulties.”

The increasing aid from China is seen as unashamed attempts by Beijing to demonstrate its support for the Kingdom. Thitinan Pongsudhirak, director of the Institute of Security and International Studies (ISIS) at Thailand’s Chulalongkorn University told The Cambodia Daily that China’s patronage of Cambodia is “rock-solid”.

“The donated sum is not huge, but its significance lies in the recipient being Cambodia’s National Election Committee. That China contributes more on this front than the EU and Japan reveals which major power is in charge in Cambodia”, he said.

Lee Morgenbesser, a research fellow at Australia’s Griffith University is more pointed. China’s aid to the NEC shows its intention to challenge the EU and Japan over influence in Cambodia.

China has provided assistance to Cambodia elections since 1993. This year it promised an additional $237 million in new aid following the official visit in October of President Xi Jinping.

During the 11th Asia-Europe Meeting in Ulaanbaatar, Mongolia, in July, Chinese Prime Minister Li Keqiang announced $600 million in aid to Cambodia, with Prime Minister Hun Sen writing on his Facebook page: “The Chinese prime minister announced that China would provide 3,600 million yuan, or about $600 million, for a period of three years from 2016 to 2018.

“At my request, our Chinese friends have agreed to provide funding for the electoral process, health, education, and clean water, such as ponds and wells, that will benefit our people,” he added.

Last December China agreed to donate $3.5 million to build a three floor, 1,500 sq.m (16,145sq.ft) building inside the Cambodia Senate compound. The donation was the tenth made by the Chinese government to the Cambodia Senate and brought the total to date to some $19 million dollars.

While Cambodia’s willingness to do China’s bidding might be successful in seeing it rewarded with largess, but Ian Storey, a senior fellow at the Institute of Southeast Asian Studies in Singapore told The Cambodia Daily, “it certainly isn’t making itself popular with its fellow Asean members”.