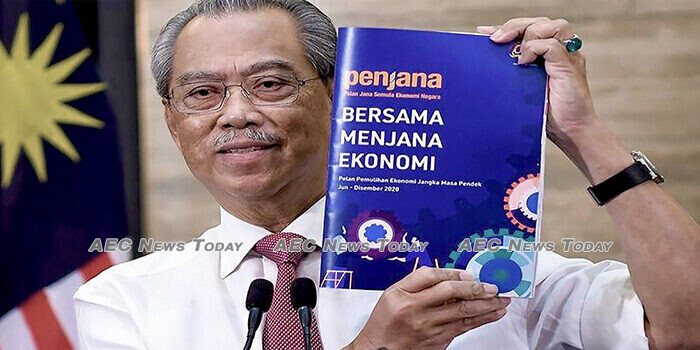 The first package, worth RM20 billion ($4.7 bln), was issued on February 27 to counter COVID-19’s immediate impact on the tourism industry.

As the pandemic worsened and impacted the broader economy through implementation of the Movement Control Order (MCO) on March 18, the government introduced the second (March 27) and third (April 6) stimulus packages worth RM250 billion ($58 bln) and RM10 billion ($2.3 bln), respectively.

These sizeable fiscal injections — particularly the second $58 billion package — came under early scrutiny given Malaysia’s limited fiscal space. The debate on the fiscal response then shifted to the significant gaps in funding that were identified in the first stimulus package and persisted through to the third.

The second and third packages introduced during the MCO, though ‘big and bold’, downplayed or neglected longer-term incentives. Instead, there was an over-emphasis on enhancing the short- to medium-term cash flow for households and businesses.

For example, the moratorium on loan and financing repayments and the provisions for withdrawals and lower contribution rates to the Employees Provident Fund ((EPF) do not constitute direct government funding. But they can yield unpalatable situations of accumulated deferred payments and lower retirement funds for households.

For businesses, supporting costs through wage subsidies and approvals of low or zero-interest loan facilities are temporary relief measures that are unsustainable and ignore the longer-term support needed for the survival of small and medium enterprises (SMEs).

The bulk of incentives lack a long-term focus on transformation and change, and there are other problems involving accessibility and targeting strategies.

The obvious example is the restrictive three-month wage subsidy program (WSP) — introduced in the second package and expanded in the third — that was attached to stringent conditions for employer eligibility.

Businesses with 76 employees and above must prove a decline of at least 50 per cent in revenue or income compared to January 2020, or subsequent months to be eligible. This excluded competitive or resilient businesses during the pre-MCO period.

Subsequently this requirement could not be met by many companies, though the Social Security Organisation (SOCSO) reported 302,997 applications as of the end of May.

For employment support the WSP should have started with a longer nine-month subsidy like the Jobs Support Scheme (JSS) in Singapore.

To be effective, eligibility for the WSP should also have been as broad as possible — again like the JSS — by not capping the number of employees by company size, for example.

Realising that companies were not benefiting from the WSP, the fourth economic stimulus package — the June 2020 Penjana short-term Economic Recovery Plan — extended the WSP for an additional three months with an inclusion strategy. This came under the Recovery Movement Control Order (RMCO) that took effect on June 10 and replaced the MCO.

To date, participating banks have approved 20,000 applications for low-interest loans from small businesses. But the take-up rate of the loan facility remains low at 2 per cent of total SMEs. Many of these firms failed to see the need for securing loans when their businesses went down and stayed down.

This suggests the need to go beyond the target of financing SMEs that are riddled with problems of low productivity and efficiency. SMEs need support to reinvent their business model. The immediate focus should have been on shifting these businesses to online platforms to sustain demand.

Immediate liquidity support through temporary relief measures are necessary and commendable during a pandemic. But the current economic slowdown is not ‘temporary’ due to the uncertainties that surround COVID-19.

Warnings of an imminent recession following rising unemployment and business closures — coupled with growth predictions of between 0.5 per cent and negative 2 per cent — suggest it will take time for the Malaysian economy to return to its long-term course.

Limiting the add-on fiscal response packages to short-term measures does not make sense.

The third stimulus package should have included proactive measures to kickstart the economy. Instead, it was targeted at SMEs and did not expand upon the second package. It was not until the current fourth economic package valued at RM35 billion ($8.1 bln) that the government readied measures for transforming businesses.

A pertinent incentive in the most recent package is the matching grants and loans for the digital transformation of microenterprises and SMEs worth $163 million.

The total support outlay can only cushion economic slowdown when it truly benefits businesses, and when it is complemented with clearly defined incentives to transform these entities.

It should come as no surprise if businesses are still unable to bounce back strongly in the post-RMCO period, despite the relief measures.

This article was written by Evelyn S Devadason, a Professor at the Faculty of Economics and Administration, University of Malaya (UM). It first appeared on East Asia Forum under a Creative Commons License and is reproduced here with its permission.