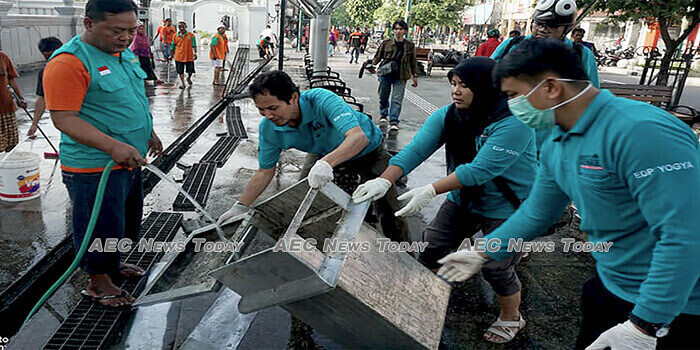 The onset of the Asean wet season has seen the return of one of the region’s perennial scourges, dengue fever, with cases across the region already dwarfing those for COVID-19 in many member states.

Figures from across the region show that dengue fever has already affected more than 230,280 people, killing no fewer than 750 so far this year. Up to today there had been 145,675 confirmed COVID-19 cases in Asean, with 4,212 deaths, the majority in Indonesia and the Philippines.

Siti Nadia Tarmizi, Indonesian Ministry of Health’s Prevention and Control of Communicable Diseases in Vector and Zoonotics director, said reports of “double infection” — patients with both dengue and COVID-19 — had been received from 439 cities and districts.

Similarly being hard hit by both dengue and Covid-19 is Malaysia, where its health ministry said last week that it had recorded 50,511 dengue cases and 88 deaths so far this year. While infections were marginally down on the same period in 2019, deaths were the same, 88.

In a statement Minister of Health, Dr Adham Baba, said  the previous eight weeks had seen a rising trend, with ‘an average increase of eight per cent a week. Based on the trends, the ministry is expecting the second wave of dengue in early June until September 2020’.

Still battling the COVID-19 outbreak, Singapore has seen at least four deaths from dengue fever this month bringing the total number of deaths as at June 23 to 16 .

Earlier this month the National Environment Agency (NEA) warned that the number of dengue cases this year could surpass 2013’s figure of 22,170.

In a statement issued June 22 announcing tougher penalties for home owners found with repeated mosquito breeding offences or habitats, the NEA said 12,542 cases of dengue had been recorded so far this year.

Noting that the breeding incidence rate in homes has jumped by 50 per cent in the last three years compared with the preceding three, the NEA announcement outlined stiffer penalties for those who fail to eradicate mosquito breeding areas. Repeat offenders face a court appearance and penalties of up to S$20,000 (about US$14,390) and / or a term of up to three months jail.

Meanwhile, in Thailand, where efforts to reign in COVID-19 have so far proven very successful, the government issued a national warning over dengue fever on June 13.

Announcing some 16,924 confirmed cases nationwide as of June 8 — one third of whom were children between the ages of five and 14 — Dr Suwanchai Wattanayingjaroenchai, director-general of Thailand’s Department of Disease Control (DDC), said there had been 11 deaths so far this year.

Curiously, in the Philippines the number of dengue cases in the first five months of this year dropped 46 per cent over the same period the year before, to 50,169, with 173 dengue related deaths compared with 452 the year prior.

In a virtual media briefing Dr Napoleon Arevalo, director of the Department of Health’s (DOHs) Disease Prevention and Control Bureau, attributed the lower rate in part to the coronavirus lockdown. “The general community quarantine is an opportunity for the family to clean the whole house”, she said.

The situation is a considerable improvement on last year when the Philippines reported 720 deaths and 167,000 infections between January 1 and July 27, with 12,880 recorded in the last week of that period alone (See: Philippines hardest hit as dengue cuts a deadly path through Asean).

Similarly enjoying a reprieve so far this year are the citizens of Cambodia. Health authorities there reported dengue cases up to May 31 had plummeted from 13,843 in an similar, but six-month-long period of last year, to 2,172 this year.

In Vietnam enhanced dengue fever prevention methods are underway to eradicate and fumigate mosquito larvae hotspots, while monitoring all households in affected areas.

More than 26,000 dengue fever cases in 58 provinces and three deaths were reported by health authorities up to May 26 this year.

Meanwhile in Lao PDR the Center of Information and Education for Health under the Lao Ministry of Health recorded 1,733 people with dengue fever and five deaths up to June 11 this year, the majority of whom were from the capital, Vientiane.

In Myanmar the number of deaths from dengue in the first five months of this year rose to 12 last week, with 1,480 reported infections.

U Than Naing Soe, spokesperson for the Ministry of Health and Sports, said “the key to controlling or preventing the transmission of dengue is to eliminate mosquitoes from accessing egg-laying habitats through environmental management and modification.