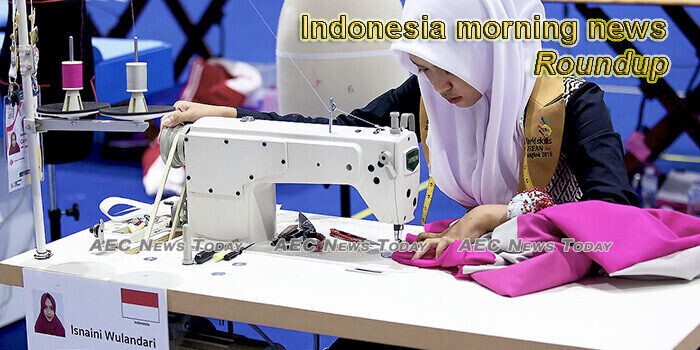 Indonesia’s factory activity contracts to historic low in Q2
Factory activity in Indonesia fell to its lowest level ever in the second quarter as the coronavirus pandemic caused a slump in demand and disrupted supply chains, a survey published by Bank Indonesia (BI) showed.
— The Jakarta Post

Indonesia approves coal road project through forest that hosts tigers, elephants
The Indonesian government has granted permission to a coal company to build a road that would cut through the highly biodiverse Harapan forest in Sumatra.
— Mongabay

Governments consider digital immunity passports for opening borders
As workplaces open and international travel resumes during the COVID-19 pandemic, workers and travellers may be required to provide proof of immunity as a condition of entry.
— OpenGov

Indonesia May Produce COVID-19 Vaccine in Early 2021, Says Jokowi
During a casual meeting with journalists at the Merdeka Palace on Monday, President Joko “Jokowi” Widodo said he believed Indonesia would be able to produce a COVID-19 vaccine early next year.
— Tempo.co

Indonesia raises record high $1.27b from retail bonds sale
Indonesia has raised Rp 18.33 trillion (US$1.27 billion) from government retail bond issuance ORI-017, the Finance Ministry announced on Monday, the highest proceeds ever recorded in an online bond offering by the country as the government struggles to finance its coronavirus response.
— The Jakarta Post

Jakarta raises alarm as COVID-19 cases keep rising in Indonesia
The governor of Jakarta raised fresh alarms over the spread of coronavirus infections in the Indonesian capital as daily cases hit new records in the past week, mirroring the nation’s rising trend.
— Nikkei Asian Review

Indonesia’s debt-sharing experiment worries rupiah investors
Indonesia’s experiment to borrow money for free from the central bank has excited proponents of modern monetary theory and raised concerns about its effects on inflation and the rupiah.
— Reuters

Indonesia’s Covid-19 Recoveries Beat Active Cases for First Time
The number of cured or discharged Covid-19 patients in Indonesia increased by 1,051 to a total of 36,689 on Monday, outnumbering active cases for the first time since the outbreak.
— Jakarta Globe

Indonesia Adds Nearly 12,000 Coronavirus Cases in Past Week
Indonesia has passed yet another toughest week in the Covid-19 outbreak with 11,950 more confirmed cases and 435 deaths, the highest ever by seven-day average.
— Jakarta Globe

Why Indonesia is the world’s next digital payments battleground
The COVID-19 outbreak has seen the e-commerce sector surge. Despite economic uncertainty, consumers around the world are turning to the internet for the goods and services that they previously would have looked for in-store.
— The Jakarta Post

Anies Defends Coastal Reclamation in Ancol
Anies Baswedan, who won the 2017 Jakarta gubernatorial election by campaigning against coastal reclamation, insisted on Sunday the landfill project at the Ancol beach resort would continue to reclaim at least 155 hectares of new land from the Jakarta Bay.
— Jakarta Globe

COVID-19 Task Force Set to Counter Conspiracy Theorists
The head of the COVID-19 task force, Doni Monardo, on Monday acknowledged that many Indonesians continued to believe that the coronavirus pandemic in Indonesia is part of a larger conspiracy theory.
— Tempo.co

Govt Mulls Sanctions for Health Protocols Violators
The Indonesian government was mulling to impose sanctions upon violators of health protocols amid the COVID-19 pandemic in order to tighten the public discipline which President Jokowi assessed to be still low.
— Tempo.co

Observers alarmed by bill that gives police power to prevent ‘community disease’, monitor beliefs
An article in the controversial omnibus bill on job creation that broadens the scope of the National Police’s authority has raised concerns among activists and observers who fear the bill will increase the potential for abuses of power.
— The Jakarta Post

Widodo Makmur Group Plots $277m IPO
Widodo Makmur Unggas, an integrated poultry company, mulls a plan to raise Rp 2 trillion, or $139 million, from selling 35 percent of its shares in October, in one of the largest initial public offerings this year.
— Jakarta Globe

Hotel, resort owners in Bali concede to lower selling prices
Business players in the hospitality sector in Bali, the country’s main tourism hub, have been prompted to sell property below market price, amid the massive hit to the island’s visits due to the pandemic, realtors and experts have stated.
— The Jakarta Post

Surabaya High School Introduces Learning Format Amid COVID-19
A high school in Surabaya city held a variety of school introduction programs for its new school year prior to the lifting of COVID-19 restrictions.
— Tempo.co

98 COVID-19 Patients from Bandung TNI Academy Cluster Recovered
As many as 98 COVID-19 patients from the cluster of the Indonesian Military’s (TNI) Officer Candidate School or Secapa AD in Bandung, West Java, have recovered.
— Tempo.co