Update: All foreigners entering Cambodia are required to make a $3,000 security deposit to cover the cost of COVID-19 testing. Further details below. 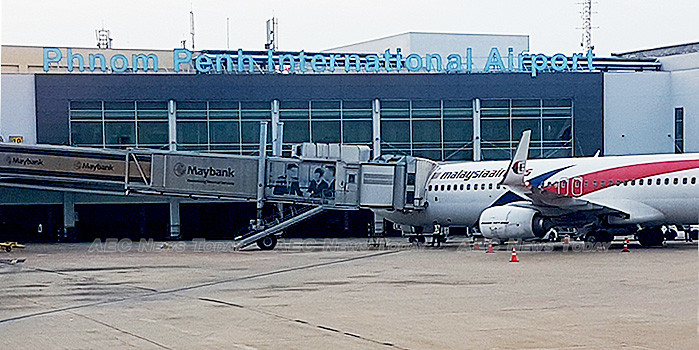 The tiny southeast Asean country of Cambodia is providing the first glimpse of what the ‘new normal’ for international travel in the age of COVID-19 is likely to look like, particularly for those wishing to enter countries least able to afford the cost of treating a never ending stream of imported cases amongst non-citizens.

In a letter dated June 8 and released to the media on June 9, Cambodian Minister for Economy and Finance, Aun Pornmoniroth, detailed the changes for those entering the kingdom, with the focus very much on providing the maximum health and financial security possible.

While the Cambodian government has previously born the costs of screening arriving passengers and the medical treatment for those who test positive after arriving from abroad, the new regulations signal that it is no longer prepared to continue shouldering such costs. To date the majority of Cambodia’s 126 COVID-19 cases have been imported by foreigners.

Under the new ‘user pays’ system a set fee will be charged for whatever process an inbound foreign passenger requires, with all undergoing a mandatory RT-PCR test on arrival.

Heralding that the days of being able to catch the (currently suspended) 6.30am AirAsia flight from Bangkok to Phnom Penh and be home in time for breakfast is now a thing of the past, the current process will require a minimum of 24-hours to complete inbound Cambodia clearance procedures.

Travellers are required to stay at the waiting area overnight while the tests are performed ($30), plus pay an additional $30 for three meals. At $10 per meal they should be quite sumptuous.

If all of the test results are negative everyone is free to leave, however they are required to self quarantine at home for the next 14 days, with an additional swab test ($100) to be taken on the 13th day. However, if one person from the flight tests positive all passengers will be quarantined for 14-days in a government designated facility at an all inclusive cost of $84 per day. An additional required swab test will cost $100.

For those who test positive it is off to the hospital where treatment will cost $225 per day, plus up to an additional $400 for up to four more swab tests. The costs do not include ICU or CCU treatment if needed. The Vietnamese government has spent more than $200,000 keeping its

The cost of cremation is set at $1,500, though it is not known if this includes the cost of an urn.

For a COVID-19 health certificate foreigners will pay $100 for the test and $30 for the certificate.

To help ensure the Cambodian government doesn’t get left footing the bill a $3,000 security deposit will be collected at the airport in either cash or by credit card payment, and refunded once the all clear is given 14 days later. Facilities to enable inbound passengers to obtain cash or make electronic payments are in the process of being installed.

The requirements are on top of existing ones that require foreigners intending to travel to Cambodia to possess a health certificate issued less than 72-hours prior to departure stating the traveller is free of SARS-CoV-2, the virus at the heart of COVID-19, in addition to no less than $50,000 in health insurance cover.

These fees are in addition to any visa fee, though no visa on arrival service is currently available and Cambodian embassies globally are currently not issuing tourist visas, though ordinary (commonly called business) visas are being issued to those who have the necessary paperwork.

Although swab-testing arriving passengers is not totally unique — arrivals at Tokyo’s Narita and Osaka International airports are required to wait 48-hours and pay $140 for their test — the new Cambodian user pays regulations are believed to be the most comprehensive and transparent of their kind globally. Potential travellers know prior to boarding a flight what the costs and potential time delays might be.

While essentially erecting a double layer shield around the country, the new requirements are bad news for the country’s already reeling tourism sector, which has seen more than 3,000 tourism-related businesses closed and some 45,000 people unemployed.

The new regulations are also not good news for foreign-owned businesses in the kingdom who’s owners may have left earlier on in the pandemic, or long-term residents who similarly have returned home.

Business travellers are also likely to find the prospects daunting, opting for video calls instead, which only begets more bad news for the Cambodia hospitality sector.

The news comes as the Cambodian government prepares to release an additional $12 million in payments for workers who have lost their job as the result of factories closing or suspending operations due to supply-chain disruption or lack of orders. The government has previously dispersed payments to some 110,000 unemployed garment sector workers.

The beating heart of the nation, the Cambodian garment, footwear, and luggage sectors will be vital in reviving the Cambodian economy once supply chain disruptions are overcome and buyers return.

Highly labour intensive and working in close proximity, it appears that the government has decided that the best protection it can provide to its flagship industry sector is ensuring there is zero community transmission by limiting the risk of importation. A user pays system achieves that, releasing government money for other use.

With several other Asean member states currently contemplating relaxing travel restrictions, or coming under domestic pressure to do so, it is yet to be seen whether the ‘Cambodia model for Covid-19 age travel’ will be adopted by others in the region or globally.

Don’t be surprised, however, if others also find it an attractive option for the current times.

Update: This story was last updated at 02:14 local time on June 13, 2020. A photo caption previously stated that it would take 24-hours to receive an arrival stamp. This was incorrect. The arrival stamp is received prior to proceeding to COVID-19 screening. Finishing the arrival process will take a minimum of 24 hours. Details regarding the requirement to self quarantine after passing the first screening test on arrival were added, along with details of the swab test at 13-days. Additionally, details that ordinary visas are available with the correct paperwork were also added. An earlier update added the requirement to pay a $3,000 security deposit on arrival had been approved.

7 Responses to "International travel in the age of COVID-19: Cambodia leads the world with user pays system *update 2"