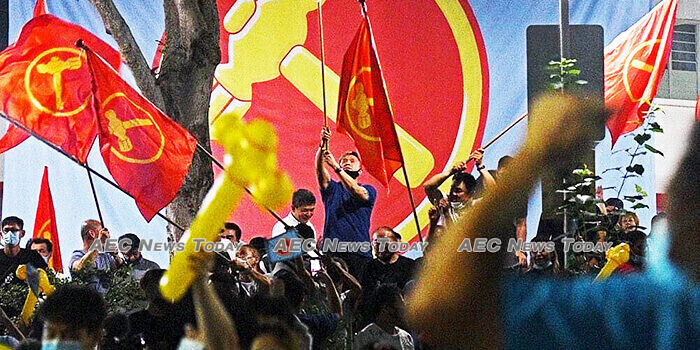 Hitherto, crises of any sort — economic, health or security — have seen voters rally behind the PAP. This time, there was an 8.7 per cent swing in the other direction, with 39 per cent of voters across 10 opposition parties rejecting the PAP.

Amid the COVID-19 pandemic and disruptions to the global economic order, the notion that good policies are best arrived at by maximising the political space for a meritocratic PAP elite without the distraction of an opposition took a hit. Trying to intimidate the opposition also backfired.

Support for the opposition in 2020 has been building over recent decades. This was interrupted at the 2015 election when nationalistic and nostalgic sentiments precipitated by Lee Kuan Yew’s passing and Singapore’s Jubilee Year celebrations buoyed the PAP vote.

Many issues concerning voters at this election were not new, including inequality, jobs, immigration and superannuation.

These and other issues may now be subject to more debate in parliament as a result of the WP gaining four  additional seats. This will be good for Singapore, and the PAP, which is in dire need of more genuine engagement with competing ideological and policy perspectives. In particular, debate over piecemeal versus substantive redistribution to address inequality could be enhanced.

Prime Minister Lee Hsien Loong’s decision to hold elections well ahead of the April 2021 deadline echoed the reasoning for previous ‘crisis elections’. But in the context of the COVID-19 pandemic, traditional grassroots campaigning and public rallies, historically important in mobilising the opposition, were not possible.

Pritam Singh, leading the WP for the first time in an election, proclaimed that a ‘wipeout’ of all opposition was a real prospect. He appealed to voters not to issue the PAP a ‘blank cheque to do whatever it wants’. Receptiveness to this appeal was aided by implausible counter arguments by PAP leaders.

In particular, Prime Minister Lee implicitly sought a clean sweep of seats, or close to, asking “will we reveal ourselves to be fractious and divided, withholding our full support from the government we elect, in a crisis where swift, decisive action is vital to save jobs and lives? ‘Investors will scrutinise the results, and act on their conclusions,” he warned.

Such claims were politically self-serving. As the opposition pointed out, foreign investment in Singapore increased after the 2011 election when the PAP lost its first multi-seat Group Representation Constituency (GRC) and recorded its lowest total vote share in history at 60.1 per cent.

Regardless, from many voters’ experiences, increased foreign investment had in the past not been sufficient to protect or advance their standard of living.

The pretext for this legislation was the need to curtail fake and misleading news. The law states that ‘ministers, or their permanent secretaries during elections, can only wield [POFMA] … if there is a falsehood — classified as a statement of fact that is false or misleading — and if the use of the law is in the public interest’.

Critics and opponents of the PAP have understandably been concerned about how these words are interpreted and by whom.

Singapore is a de facto one-party state ruled by the PAP since 1959. The civil service remains a key source of recruits for the PAP. The state is deeply politicised when PAP interests are at stake. Public perceptions of neutrality cannot be legislated.

During the campaign, numerous correction orders were issued against opposition candidates, including on issues where the truth was arguably unclear or best determined through robust public debate.

The exercise of POFMA fed into the opposition’s narrative about the need to provide just that debate by electing them. Contention over whether or not, and by how much, the government intended to increase immigration was a case in point.

Police reports also featured, again with complex political effects. One target was the WP’s Raeesah Khan, against whom two reports were lodged over Facebook posts allegedly promoting ‘enmity between different groups on grounds of religion or race’ in February 2018 and May 2020.

Critical of what she saw as racial and ethnic discrimination against ethnic minorities in a series of court sentences, Khan received a flood of public support and was part of the surprising Sengkang GRC win, just the second GRC ever lost by the PAP.

Police reports for the same charge were lodged against deputy prime minister Heng Swee Keat, PM Lee’s anointed successor. This was based on his March 28  statement that while ‘a segment of Singapore’s population is happy to have an individual from a minority race as their Prime Minister, the older generation is not ready’. The Attorney-General’s Chambers (AGC) promptly advised police that Heng had no case to answer.

The Online Citizen questioned whether Heng received preferential treatment, contending that ‘Khan appears to be fighting for racial justice while Heng seems to be applying a glass ceiling on the political ambitions of minorities’.

Heng never explained why the views of older Singaporeans, if accurately portrayed, should prevail. Nor did he commit any leadership to changing such views.

The calling of an early election was a massive PAP miscalculation. In initial steps towards limiting the damage for the PAP, PM Lee has announced that Singh will be appointed to a newly created leader of the opposition position backed by staff and resources.

This is unlikely to spook foreign investors. If the PAP genuinely accepts the legitimacy of opposition, though, it needs to dismantle a raft of repressive legislation, end electoral gerrymandering and transform its own political culture.

Expect instead measures to try and co-opt the WP, which will need to educate the PAP about the meaning of ‘loyal opposition’.

This article was written by Garry Rodan, a Honorary Professor at the School of Political Science and International Studies, The University of Queensland, and Emeritus Professor at Murdoch University. It first appeared on East Asia Forum under a Creative Commons License and is reproduced here with its permission.