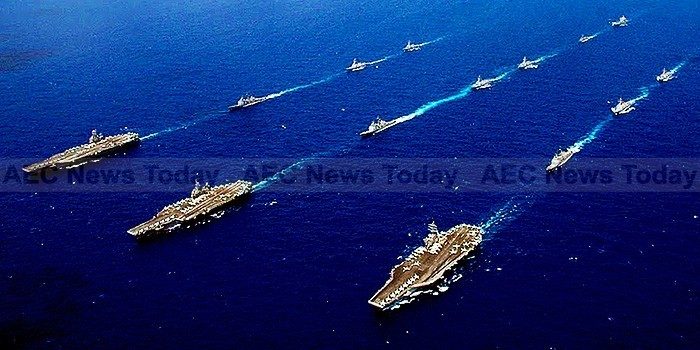 Mr Tillerson, a former ExxonMobil chief executive, has threatened to block Chinese access to the artificial islands it built in the South China Sea. In anyone’s language, “them’s fighting words”.

It seems that Mr Tillerson’s statements are not mere rhetoric, but point to what will be the US attitude towards China in a Trump administration.

Incoming US President Donald Trump’s earlier pronouncements against China’s South China Sea island buildup and his questioning the ‘One China Policy’ reinforce the notion that the US will adopt a more hard line attitude, and is even prepared to go to war with China to protect its interests in the area.

If the US pushes through with its threat to block Chinese access to the South China Sea islands, China will surely not take it lightly and will most likely treat it as an ‘act of war’. In the aftermath of Mr Tillerson’s statements the Chinese state media said in an editorial that the ‘two sides better prepare for war’ if the threat becomes policy.

War in The South China Sea

Fueled by nationalistic fervor, China in the past few years has shown little inclination to negotiate or compromise on matters pertaining to territory.  Taiwan, Tibet, and China’s territorial dispute with Japan over the Senkaku Islands are just a few examples.

The incoming US administration’s pronounced attitude towards China and newly-assertive Chinese nationalism are a perfect recipe for war. It  should also be noted that the US has a penchant for waging war far from its own territory and its threat to fight in the South China Sea instead of say off the coast of Florida or Hawaii, should come as a surprise to no one.

While an all-out war in the South China Sea involving nuclear weapons is remote, a limited war is not beyond the realms of possibility. All it needs is a trigger such as a naval clash, before a war could break out.

A war between China and the US has the potential to drag in many countries as allegiances and alliances are put to the test and favours called in. Not surprisingly it is something that is sending more than a few ripples of concern through the region where most countries have strong economic ties with both countries.

The implication of Mr Tillerson’s message is that the US will “back up”, not take the lead in, any conflict with China… something that no Asean or Asia Pacific, leader is likely to give serious consideration to, irrespective of what carrot and stick diplomacy methods are used.

China is Asean’s top trading partner, with trade between them expected to reach $1 trillion by 2020. The same is true with staunch US allies in the region such as Japan, Australia, South Korea, and Taiwan.

Not making any attempt to hide his alarm at Mr Tillerson’s war drum beating was former Australian prime minister Paul Keating. Warning that Australia risked being dragged into a war between the US and China, Mr Keating particularly castigated Mr Tillerson for saying that US allies in the region should back up the US threat.

“We should tell the new US administration from the get-go that Australia will not be part of such adventurism, just as we should have done on Iraq 15 years ago. That means no naval commitment to joint operations in the South China Sea and no enhanced US military facilitation of such operations”, Mr Keating told the Guardian Australia.

Time to (Quickly) Finish the RCEP

The political and economic uncertainties that the incoming Trump administration is bringing, along with it the threat of war and established trade relations being put to the test underline the need to fast-track the finalisation of the long overdue Regional Comprehensive Economic Partnership (RCEP).

RCEP members account for almost half the world’s population and have a combined gross domestic product (GDP) exceeding $17.1 trillion, or 27 percent of the global GDP and about 40 per cent of global trade.  The pact is expected to create the world’s largest trade zone. By comparison the TPP would have included 805.4 million people and about 36 per cent of world trade.

Unlike the Trans-Pacific Partnership (TPP) which Mr Trump has vowed to eradicate, the RCEP has a better chance of coming into effect. More importantly it does exactly what Mr Trump aims to with his trade policies, except in reverse, incorporating every major economy in the world except the USA and the EU and without any of the governance and human rights requirements jammed into the TPP.

After failing to complete talks in the one year extension granted during the signing of the 2015 Kuala Lumpur Declaration the negotiations expected to be completed this year. To-date officials have held 16 rounds of negotiations with the last one in Indonesia in December last year. Another meeting will be held in Japan next month.