Indonesia and India deal to reduce each others gluts, but not everyone is happy 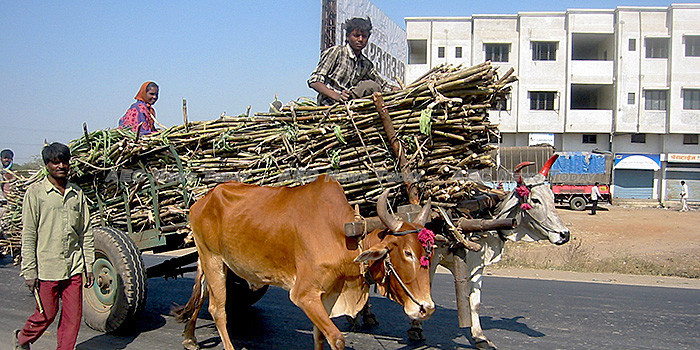 Indonesians will soon find their sugar a little bit sweeter following a government-to-government deal last week that will see Jakarta ease quality restrictions on sugar imports from India in exchange for reducing some of its glut of palm oil.

The deal promises to deliver big benefits to both parties with Indonesia being the largest exporter of palm oil and one of the largest importers of sugar in the world. India is the worlds largest consumer of palm oil and is forecast to have a sugar surplus of some 14 million tonnes after the next harvest, equivalent to six months of domestic consumption.

With a sucrose content above 99 per cent compared with a global average of 97 per cent, Indian sugar is sweeter than most others due to being processed within 36 hours of harvest. In comparison, sugar cane in Brazil or Thailand often lays waiting processing in fields for many months after harvest causing the formation of dextrans, an undesirable microorganism contamination, during sugar processing resulting in sucrose loss and higher processing costs.

Although sweeter, the lucrative Indonesia sugar market was previously inaccessible to Indian merchants due to the quality grading of Indian sugar being lower than required under the International Commission for Uniform Methods of Sugar Analysis (ICUMSA) standards.

However, demand for Indonesian palm oil started coming under duress at the beginning of the year as the effect of the India-Malaysia Comprehensive Economic Cooperation Agreement (CECA) 2017 started to play out on the south Asian powerhouse’s market, affecting local and Indonesian supplies.

Indian government data shows that in the first half of 2019 imports of RBD Palmolein from Malaysia jumped 127 per cent year-on-year (YoY) to 1.566 million tonnes.

Before it was amended by India this month, the original CECA mandated 45 per cent duty on Malaysian palm oil imports, five per cent lower than that levied on palm oil exports from other Asean countries under the India-Asean Free Trade Deal.

Although India’s commerce ministry is yet too officially confirm the deal, it has already created a stir among palm oil businesses and excitement with sugar traders.

The Solvent Extractors’ Association of India (SEA), an industry body claiming to represent 875 businesses with a combined annual capacity of 30 million tonnes, has raised a red flag over the government’s decision.

Claiming to cite a leaked letter, local media have reported that the peak body have asked the government to confirm whether it has reduced the duty on Indonesian palmolein imports to 45 per cent.

It was at SEAs behest earlier this year that India’s Directorate General of Trade Remedies (DGMT), the government’s trade dispute resolution arm, launched an investigation into surging Malaysian palm oil imports which had been adversely impacting local manufacturers.

Late last month a DGTM report detailed what it says was damage caused to the Indian palm oil industry, as it successfully advocated for a five per cent duty hike on Malaysian imports to compensate for the glut it had created over the better part of this year.

The investigation found that the Indian palm oil industry suffered sales losses to the tune of 760,000 metric tonnes, worth more than $37 million between January and June this year. “There are no other factors (but imports from Malaysia) that may be attributing to the serious injury to the domestic industry”, DGTM said in the report.

In the wake of the announcement the Malaysian Palm Oil Council (MPO) on September 4 revised its growth prospects for the remaining part of the year. How this revision will be affected by the sugar-for-oil deal with Indonesia is not yet known.

Indonesia and India deal to reduce each others gluts, but not everyone is happy added by Dhairya on September 18, 2019
View all posts by Dhairya →

I write on foreign affairs from New Delhi, as India’s foreign policy enters a political phase of increasing interactions with other Asian countries. At AEC News Today, I will be bringing out stories on India’s re-calibrated Act East Policy, as well as how democracies in east Asia are re-shaping their ties with the ASEAN bloc

Latest posts by Dhairya (see all)

Quest for the holy grail: Thai foreign minister jets to India as RCEP heads to the wire (video)