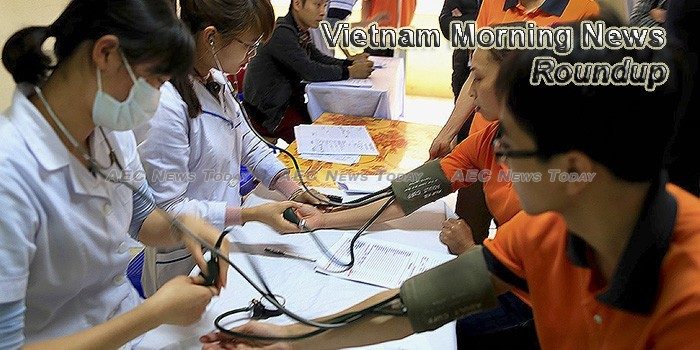 Vietnam raises $184 mln by selling 20 pct of PVOIL in IPO
The Vietnamese government raised 4.18 trillion dong ($184 million) through the sale of a 20 percent stake in state-owned Petrovietnam Oil Corp (PVOIL) in an initial public offering (IPO), the company said on Thursday.
— Reuters

Cashew businesses worry about high price trap in 2018
Although global cashew demand is predicted to continue rising, the Vietnam Cashew Association (Vinacas) and cashew processors and exporters are worrying about a high price trap which may affect their activities in 2018.
— VietnamPlus

Footwear sector awaits rebound with US giant
Foreign capital flow in the footwear industry is expected to rebound this year after a slowdown in 2017, with the anticipated arrival of a major US player.
— VietnamNet Bridge

FDI Opportunities in Vietnam in 2018
Fuelled by rapid growth and increased FDI, 2017 emerged as one of the strongest years for Vietnam.
— Vietnam Briefing

Agribank cooperates with RoK in remittances transfer
The Bank for Agriculture and Rural Development of Việt Nam (Agribank) and the Republic of Korea (RoK)’s NongHyup Bank (NHB) on Tuesday officially launched the service of transferring money without using bank account.
— Viet Nam News

Gov’t to consider amended Decree 38 next month
Minister and chairman of the Government Office Mai Tien Dung said that amendments to the Decree No 38 guiding the implementation of the Law on Food Safety will be submitted to the Government early next month.
— Bizhub

Vietnam pays US$28.8 million debt per year for railway project
The Government has to pay debt totaling at least US$28.8 million a year to the Chinese side for the Cat Linh-Ha Dong urban railway in Hanoi City, news website VnEconomy.vn reports.
— VietnamNet Bridge

HCMC aims to halve customs clearance time
The HCM City customs department aims to cut the time it takes for clearing goods by half by the end of this year, Dinh Ngoc Thang, its deputy head, told the media on the sidelines of a meeting with American businesses on Wednesday.
— Bizhub

Vietnam emerges as attractive destination for foreign luxury cruises
Vietnam has emerged as one of the leading destinations in Asia for international cruise ships after the arrival of more than 400 ships in 2017.
— NNT