Myanmar Morning News For May 21 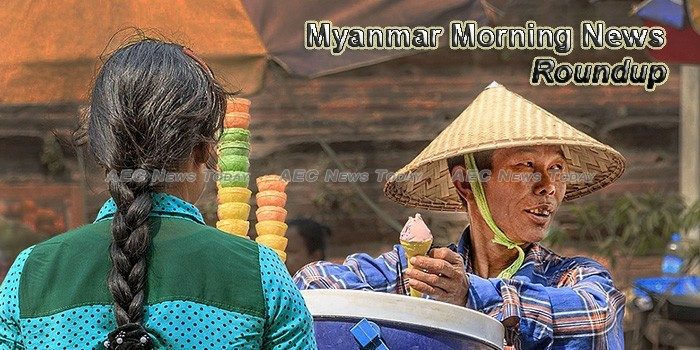 UN says Myanmar is getting close to graduate from ‘least developed’ status
Myanmar has met all three eligibility criteria for the first time to graduate from the Least Developed Country (LDC) status according to the assessment mentioned in the recent Report of Committee for Development Policy (CDP) of the United Nations.
— Mizzima

Government Fails Basic Test of Democracy with Silence over Kachin Crisis
Abraham Lincoln, the 16th president of the United States, once asserted that a government is “of the people, by the people, and for the people”.
— The Irrawaddy

The Rohingya’s hope for justice lies with the ICC
When I visited Bangladesh a few weeks ago, I heard heart-wrenching stories from some of the hundreds of thousands of Rohingya people who have fled atrocities in Myanmar. I met women who had been raped by soldiers, children who had seen their parents shot dead before their very eyes, and families who had lost everything. But if there was one thing that united almost all survivors, it was the desire for justice.
— Al Jazeera

U.S. aid chief to Myanmar: take ‘concrete steps’ on Rohingya rights
The U.S. government’s aid chief urged Myanmar on Sunday to take “concrete steps” to guarantee the rights of Rohingya Muslims and to show sincerity in that endeavor in order to encourage hundreds of thousands who have fled the country to return.
— Reuters

Dems, Trump Admin Find Common Ground: Helping Victims Of Myanmar’s Genocide
Top Trump administration officials and a bipartisan group of powerful lawmakers have formed a tacit alliance that could be the best hope for hundreds of thousands of Rohingya Muslims who fled violence and persecution in Myanmar last year.
— Huffington Post

Myanmar boosts its bid to ease loan access for SMEs
FOLLOWING the May 17 issuing of Myanmar’s first credit bureau licence to a joint venture company between Singapore’s Asian Credit Bureau Holdings and Myanmar Banks Association, small and medium enterprises (SMEs) now have a chance for a brighter future, according to government officials and industry experts.
— The Nation

Landmine kills Thai boy on Myanmar border
An 8-year-old Thai boy was killed and a 13-year-old from Myanmar badly injured after they stepped on landmines while picking wild mushrooms inside Myanmar territory on Saturday morning.
— Relief Web

Eco-tourism underway in Chin State
Vice President U Henry Van Thio inspected the development undertakings in Falam and Haka townships of Chin State on 19 May.
— The Global Newlight of Myanmar

Resignation aims to take accountability and responsibility: Chin State Minister
Chin State Minister for Development Affairs, Electricity and Industry Salai Issak Khin said he resigned of my own volition from his post to show his accountability and responsibility as he is unable to complete some projects during the designated period.
— Eleven Myanmar