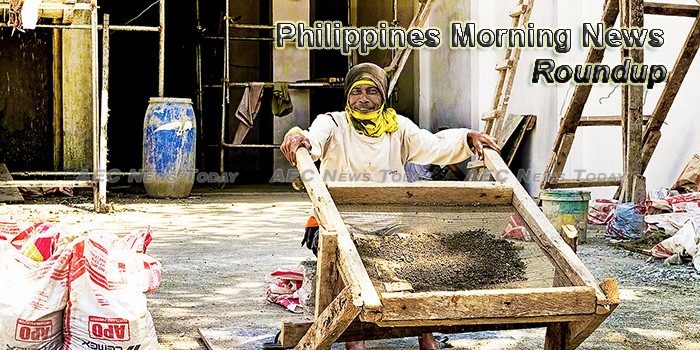 Philippine judge warns inaction over South China Sea dispute with Beijing is ‘unforgivable’
The warning was clearly directed at the Philippine president who, as Asean chair, moved to have the landmark tribunal award won by the Philippines against China last year off the agenda at last week’s summit in Manila
— South China Morning Post

PHL remains as ‘darling’ of economists in Asean
The Philippines continues to be the “belle of the ball” for many analysts, including the Asean+3 Macroeconomic Research Office (Amro), which projected the country’s economic growth to remain robust until next year.
— Business Mirror

Davao businessman Uy’s Udenna gets permit for $300-million Cebu casino
PHILIPPINE Amusement and Gaming Corp. (PAGCOR) has awarded a gaming license to a group led by Davao-based businessman Dennis A. Uy for the development of the country’s first integrated resort and casino outside Metro Manila seen to further improve tourism and expand the gaming market.
— BusinessWorld Online

Diesel tax, fuel levy hike to take effect in 2018
If passed by Congress, the tax on diesel and higher taxes on other oil products that members of the House committee on ways and means approved on Wednesday will take effect next year, Albay Rep. Joey Salceda said yesterday.
— The Philippine Star

DOH says 6M Filipinos ‘walking time bombs’
About 12 million Filipinos are hypertensive and half of them are “walking time bombs” who could succumb to a heart attack or stroke because they are unaware of their condition. To raise greater awareness of hypertension, the Department of Health (DOH) on Thursday launched a monthlong campaign to screen Filipinos for abnormal high blood pressure.
— Inquirer.net

Intellectual property, affordable medicine, and universal health care
MANILA IS SET to host the 18th round of the multilateral trade deal — the Regional Comprehensive Economic Partnership (RCEP) that encompasses 50% of the global population.
— BusinessWorld Online

Central bank sees weaker peso on Fed
PHILIPPINE POLICY makers have no reason to adjust borrowing rates too soon despite hawkish comments from the Federal Reserve, central bank officials said yesterday even as they flagged the likelihood of a weaker peso given optimism over the US economy.
— BusinessWorld Online

Inflation steady at 3.4% in April
The Philippine Statistics Authority (PSA) said that headline inflation last April held at 3.4%, same rate recorded in March, but faster than the 1.1% clocked in April 2016.
— BusinessWorld Online

DOTr keen on removing Davao airport rehab from PPP pipeline
With investments still pouring into the hometown of President Rodrigo Duterte, the government is keen on scrapping the auction for the rehabilitation, operations, and maintenance of the Davao International Airport, which was initially pegged at P40.57 billion.
— Rappler

Philippine justice writes online book on China’s sea claims
A Philippine Supreme Court justice launched a book on Thursday (May 5) that questions China’s historic claims to most of the South China Sea and said he will distribute it online to try to overcome China’s censorship and reach its people.
— Today Online

Why Did China’s Warships Visit the Philippines?
A closer look at the significance of the goodwill visit within the context of Sino-Philippine relations.
— The Diplomat