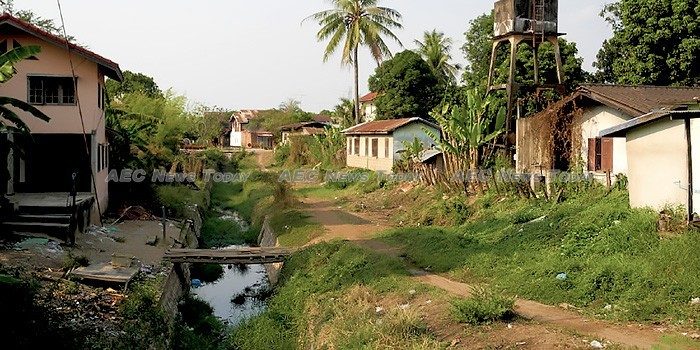 The Asian Development Bank (ADB) last week approved a US$48 million grant for the improvement of urban environmental services and the enhancement of economic connectivity in Paksan and Thakhek, two of the least developed towns along the North-South Economic Corridor of the Greater Mekong Subregion (GMS) in Lao PDR.

The grant will bring the total allocated to the ‘Fourth GMS Corridor Towns Development Project’ to $54.06 million, of which the Lao government has contributed $6.06 million.

The project covers some 1,600 kilometres (about 990 miles) of the GMS Central Corridor encompassing 13 towns in Lao and Cambodia comprising some 20 million residents. According to the ADB the area has the potential to generate more than $20 billion in regional output.

“The project will help enhance the economic potential of Paksan and Thakhek through improved urban services and help capture the increasing regional trade and investment in the area”, he said.

According to the ADB only 12 per cent of households in Paksan have properly constructed and managed septic tanks and less than a half of households are being served by municipal solid waste service.

Similarly, only 20 per cent of households in Thakhek have septic tanks for sanitation, and less than 60 per cent are served by a functioning solid waste collection system.

Among other things, the Fourth ‘GMS Corridor Towns Development Project’ will pilot the first decentralised wastewater system in the country.

Financing will cover the construction of eight small-scale water treatment plants capable of treating some 1,700 cubic meters of sewage per day in the two corridor towns, and 27 kilometres (16.7 miles) of new sewerage networks.

Funding will also assist town governments’ to build landfills with a total combined capacity of 520,000 cubic meters (18.363 mln ft) to improve waste collection and management, as well as a 32 kilometre (19.8 mile) drainage network and a 6,070 meter (19,900 ft) levee for flood prevention.

Expected to be completed by the end of 2023 it is hoped that the improvements will help promote regional tourism, and an environment capable of absorbing climate challenges.

The ADB has been supporting developments in Lao PDR since 1968 and it remains one of the country’s largest multilateral financiers. Up to April this year it had provided some $2.6 billion in loans, grants, and technical assistance. In 2016 and 2017 alone the bank provided a $278.17 million and $2.568 billion in assorted forms respectively.

The additional financing will benefit some 100,000 urban residents in six towns through an existing Water Supply and Sanitation Sector Project, which the bank first supported with a $35 million loan on October 9, 2013, and which Phu Bia Mining Limited donated $6 million.

The ongoing project has so far given about 110,000 urban residents from nine towns access to more effective and efficient water supply and sanitation services.

Extreme seasonal variation in water availability, such as occurs in Laos, results in large differences in adequate water supplies between the dry and wet seasons.

The project is part of the government’s goal of supplying piped water to 90 per cent of urban areas and sanitation to all urban areas by 2030.

The ADB also recently said that additional financing comprising a $23.14 million grant from the Asian Development Fund (ADF) and a $7.36 million grant from the ADF Disaster Risk Reduction Fund focused on climate adaptation efforts will add between 150km (93.2 miles) and 400km (248.5 miles) of water distribution pipelines in the project towns by the first quarter of 2023.

Meanwhile, the bank on September 7 signed an agreement with the Lao government for a $40.5 million policy-based grant to assist farmers and agribusinesses develop sustainable and climate-smart agriculture value chains in the country.

The ‘Climate-Friendly Agribusiness Value Chains Sector Project’ is expected to benefit some 100,000 people from 20,000 households. Incomes are forecast to increase by at least 30 per cent, while agricultural sector challenges emanating from climate change are tackled.

The project is expected to create more commercialised, sustainable, and climate-resilient agricultural production, and promote competitiveness, as well as regional connectivity.

The initiative was designed in accordance with the government’s Agriculture Development Strategy that will run until 2025.

It aims to boost the competitiveness of rice value chains in Khammouan, Saravan, and Savannakhet provinces, as well as vegetable value chains in the capital of Vientiane, and in Champasak, and Sekong provinces in support of the Lao PDR governments goal of producing agricultural crops and quality rice for domestic and export markets.