By Asian Development Bank on September 20, 2018 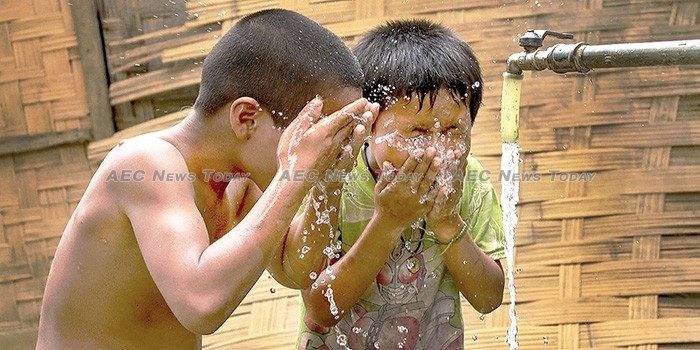 The Asian Development Bank (ADB) has approved additional financing of US$30.5 million, in the form of a grant, to help the Lao PDR government improve water supply and sanitation.

The financing, which is in addition to a $35 million loan the ADB approved in 2013, will make it possible for the Lao PDR government to add six more towns to the ongoing Water Supply and Sanitation Sector Project, involving another 100,000 urban residents. To date the project has benefited 110,000 residents in nine Lao towns by helping provincial nam papas (water utilities) provide more effective and efficient water and sanitation services.

“Built on the project’s improvements and achievements in the last five years, this additional financing will continue to strengthen provincial nam papas and expand residents’ access to climate- and disaster-resilient water supply and sanitation services.”

The project supports the government’s goal of supplying piped water to 90 per cent of urban areas in the country and sanitation to all urban areas by 2030.

Apart from expanding the number of project areas and beneficiaries, the additional financing will also add 150 kilometers (about 93 miles) of pipeline to the water distribution systems in the project towns — increasing the total to 400 kilometers (249 miles).

The additional financing consists of a $23.14 million grant from the Asian Development Fund (ADF) and a $7.36 million grant intended for climate adaptation efforts from the ADF Disaster Risk Reduction Fund. The expanded project is expected to be completed by the first quarter of 2023.

ADB says it is committed to achieving a prosperous, inclusive, resilient, and sustainable Asia and the Pacific, while sustaining its efforts to eradicate extreme poverty. Established in 1966, it is owned by 67 members — 48 from the Asia-Pacific region. In 2017, ADB operations totalled $32.2 billion, including $11.9 billion in co-financing.

This story first appeared on the Asian Development Bank (ADB) website under a Creative Commons License and is reproduced here with its permission.