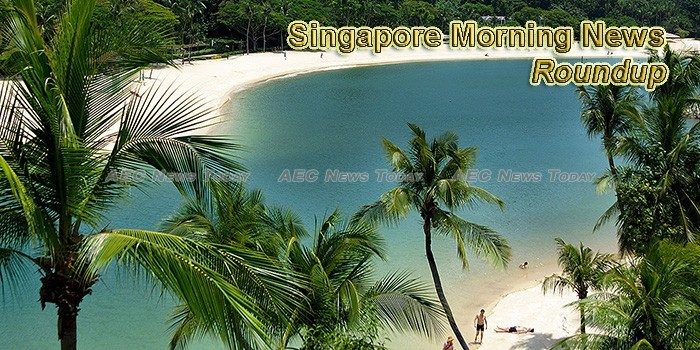 Bad credit card debt in Singapore nearing its 10-year peak
The recent data release from the Monetary Authority of Singapore suggests that consumers in the country might be going overboard with their credit card usage. Here, we discuss the rise in bad credit card debt, its potential causes and consequences.
— The Online Citizen

Singapore gains unprecedented council membership to international navigation association IALA
According to an announcement by the Maritime and Port Authority of Singapore (MPA), Singapore has been elected for the first time to the Council of the International Association of Marine Aids to Navigation and Lighthouse Authorities (IALA).
— Open Gov Asia

Malaysia drops challenge to ICJ ruling on Pedra Branca
Malaysia has discontinued proceedings at the International Court of Justice (ICJ) relating to the court’s 2008 judgment, which awarded sovereignty of Pedra Branca to Singapore.
— Channel NewsAsia

India PM Narendra Modi in Singapore for 3-day official visit
When he reaches into his wallet to make a small purchase this weekend, Indian Prime Minister Narendra Modi will kick into high gear a new digital era in the growing ties between Singapore and India.
— The Straits Times

How the Malaysian election result could change Singapore’s role in China’s Belt and Road Initiative
The newly elected prime minister and government in Malaysia has sent an unwelcome shot across the bow of Singapore with the announcement that Malaysia is withdrawing from the high-speed rail project connecting Singapore and Kuala Lumpur.
— South China Morning Post

At Singapore regional defense dialogue, it won’t be all North Korea
When senior defense officials from around the world, including U.S. Defense Secretary Jim Mattis, meet in Singapore this weekend, it won’t be all about the U.S.-North Korea summit scheduled to be held in the same city later in June.
— Reuters

Grab: With 88% of drivers poised to jump ship, it has branched into GrabFood
Grab might just be one of the more confusing companies out there.
— The Independent Singapore

Easy Chain goes big with star-studded launch event
With Singapore being one of the most business-friendly economies in the world, it is no wonder that blockchain technology are sprouting up here rapidly. There is thus substantial pressure on them to stand out from the crowd to attract customers and investors.
— AEC News Today/ PR Newswire (media release)

How Singapore can prepare for its Southeast Asian future: Linda Lim
That Singapore’s economic future lies with Southeast Asia, is not in doubt, says Dr Linda Lim, a professor and economist at the University of Michigan, in a piece published in the May edition of Maybank Kim Eng’s “Asean Inside Out” bulletin.
— The Business Times

Education system, society can afford to loosen up more: Ong Ye Kung
The education system must be “loosened up” to reduce stress on students, Education Minister Ong Ye Kung said, adding that Singaporeans can do without the “do or die” mentality where national examinations are seen as the be-all and end-all.
— Today Online