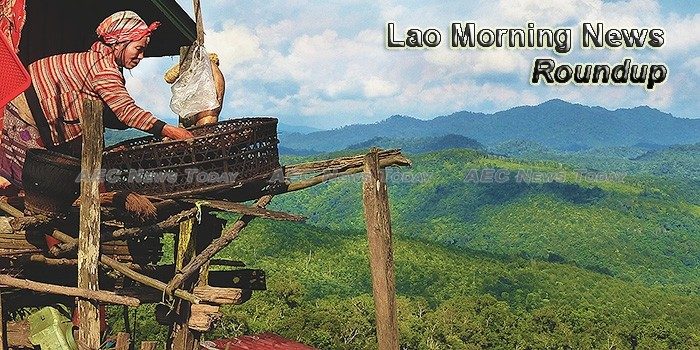 Lao morning news by AEC News Today is your one stop source for Lao PDR news on matters of governance and policies affecting Asean business communities.

UNICEF Provides US$7.2 m for Health Nutrition and WASH in Laos
The United Nations International Children’s Emergency Fund has provided US$7.2 million for interventions in health, nutrition, and the Water, Sanitation and Hygiene (WASH) programme in rural areas of Laos.
— Lao News Agency

Lao and Mien veterans of ‘Secret War’ share their stories
America’s Secret War in Laos was recounted Saturday at the McConnell Foundation where speakers from the Lao and Mien communities in Shasta County told stories of how they fought alongside their U.S. allies to combat communist forces during the Vietnam War.
— Record Searchlight

Almost 9,000 Newly Registered Vehicles in Only Two Months
There have been almost 9,000 newly registered vehicles in the first two months of this year thanks to ongoing socio-economic growth.
— Lao News Agency

UNICEF extends support for improved nutrition
The United Nations Children’s Fund (UNICEF) to Laos has forecast a budget of over US$7 million in assistance to Laos from 2017 to 2018 to improve nutritional health.
— Vientiane Times

K-pop groups seek to explore non-Chinese markets
Popular K-pop stars held successful concerts in East Asian nations over the weekend, in a positive sign that the region can fill the hole left in the wake of a diplomatic row between Seoul and Beijing over a U.S. anti-missile system.
— Yonhap News Agency