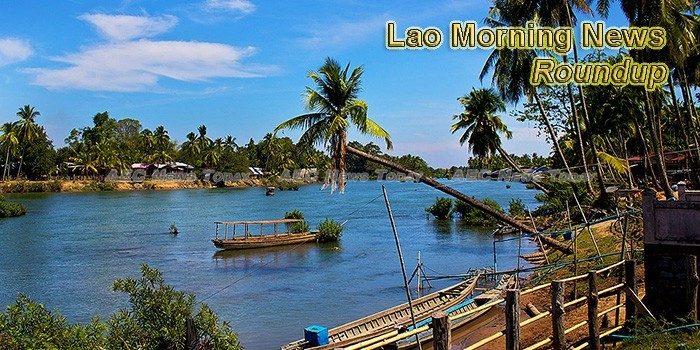 Laos to introduce e-visa by 2019
Laos will join Cambodia, Vietnam and Myanmar in offering an online e-visa option for tourism purposes, the last country in Southeast Asia to switch from passport-page sized stickers to electronically prearranged visas for self-printout.
— Investvine

State investment projects attract scrutiny
The government has announced it will prioritise State-funded projects to ensure the most effective and efficient use of the national budget.
— Vientiane Times

Laos, Development Partners To Review Development Progress By November End
The Annual Round Table Meeting for the Mid-Term Review of the Implementation of the 8th National Socio-Economic Development Plan and progress in sustainable development and effective development cooperation will take place in Vientiane at the end of November 2018.
— KPL

Statistics need upgrade to regional standards nationwide
Laos must develop its official system for collecting and analysing statistics to ensure quality and technical unity and to bring it in line with regional and international standards.
— Vientiane Times

LSIS – II Highlights Equity As Key Unfinished Business In Lao PDR
The Lao Statistics Bureau and the Ministry of Planning and Investment, in collaboration with the Ministry of Health and the Ministry of Education and Sports, and with technical support from UNICEF and UNFPA, launched on Jun 27 the Lao Social Indicator Survey – LSIS-II. This is the largest effort to date to measure the country’s progress on social development.
— KPL

Local rescuers join search for 13 missing in Thai cave
Two divers from Laos have joined the desperate search for 12 young footballers and their coach who have been missing in a flooded Chiang Rai cave since Saturday.
— Vientiane Times