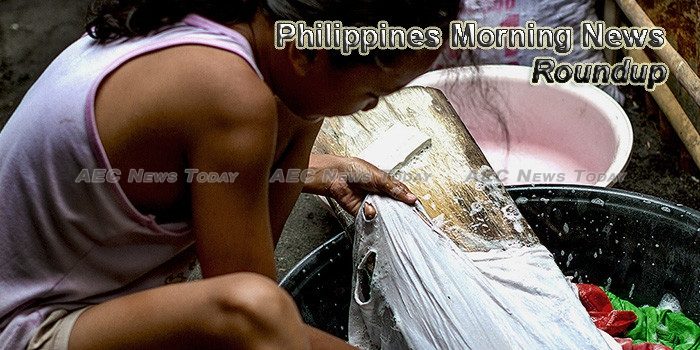 Gov’t fully awards Treasury bills
THE GOVERNMENT raised P15 billion from its offer of Treasury bills (T-bills) on Monday, as yields sought by banks slid across the board as investors preferred shorter-termed instruments.
— BusinessWorld Online

Peso inches up against dollar amid quiet trade
THE PESO inched up against the dollar on Monday, as traders await the next move of North Korea amid rising tensions with the United States.
— BusinessWorld Online

Spending data point to 6.5% GDP growth in Q3, ING says
GROWTH likely hit 6.5% during the third quarter, an analyst at a global bank said, citing the milder-than-expected pickup in government spending observed in August which is thought to be unlikely to provide an even bigger boost to growth.
— BusinessWorld Online

Government sets P150-B borrowings in Q4
The government is set to borrow P150 billion through the issuance of Treasury bills and Treasury bonds in the fourth quarter, according to the Bureau of the Treasury (BTr).
— The Philippine Star

PXP Energy surges nearly 30% as investors bet on China deal
It was all about energy at the Philippine Stock Exchange Monday with PXP Energy and energy development dominating trade.
— ABS-CBN (video)

TRAIN should get off ground by Jan
The Department of Finance (DOF) is hoping the Tax Reform for Acceleration and Inclusion Act (TRAIN) will be ready for implementation by January 1 next year.
— Malaya

Waterfront board OKs use of P1.5-B credit line
HOTEL and leisure investment holding firm Waterfront Philippines Inc.’s board has approved the use of a P1.5-billion credit line from the Philippine Bank of Communications (PBCOM), which will be secured by various assets of the company and its subsidiaries.
— The Manila Times

Philippines Interest Rate Unchanged: ETFs in Focus
The Philippines central bank left its benchmark interest rate intact at 3%, in line with market expectations. The premier banking authority expects inflation to average 3.2% this year and the next, which is within their target band of 2-4%.
— Nasdaq