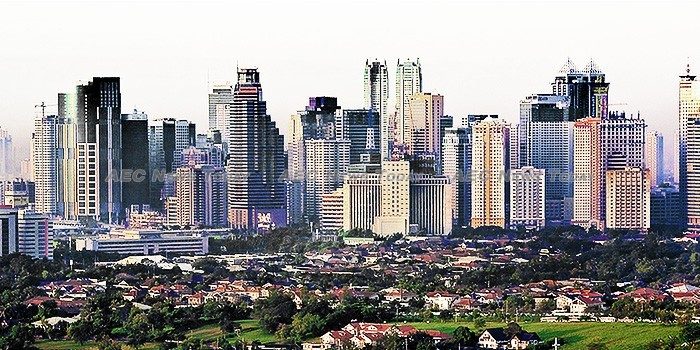 A Filipino engineer has warned that many of the countries towering high-rise buildings could be severely damaged, with some possibly collapsing, due to the use of Quenched Tempered (QT) steel bars in their construction.

Emilio Morales, a structural engineer, told AEC News Today that the use of QT, or “thermo-mechanically treated” (TMT) steel bars used as reinforcing in high-rise buildings was potentially threatening tens of thousands of lives due to premature catastrophic failure under cyclic loading generated by earthquakes.

Worse, he said the elevated risk has been forced onto Filipinos by the country’s steel manufacturers who 12 years ago changed the steel bar manufacturing process without notifying the government or public.

Since then vested interests in the Philippine steel industry have hindered the implementation of the same good policy that similar at risk countries have implemented.

Attempts to toughen regulations have been met with calls from local manufacturers for more tests. At the same time the safety issue is deflected with statements claiming that QT/ TMT steel rebar has never been an issue with structural engineers because it complies with Philippine National Standard 49 (PNS 49).

A review of PNS 49 started in August last year and was supposed to have been completed by the end of 2017.

To date, however, the Bureau of Philippine Standards (BPS) Technical Committee on Reinforcing (TCR) is still discussing provisions on sampling procedures and the standard’s alignment with the Philippines’ National Structural Code 2015 (NSCP 2015).

Whereas PNS 49 is the reference document used by buyers, sellers, developers and the general public on the correct type of steel rebar to use, NSCP 2015 is used almost exclusively by structural engineers and architects.

However, PNS 49, the standard for reinforcing steel bars, only calls for static tests, which do not represent the QT rebars actual behavior and performance under earthquake loading.

According to Mr Morales the NSCP 2015 clearly limits the use of QT/TMT steel bars in high-rise construction because they can not be subjected to bending, welding, threading or galvanizing. “What appears to be tough on the outside, actually has a weaker internal structure,

“Just as there is qualified use allowed of QT/TMT bars in the NSCP 2015, the same should be done with NSP 49”, Mr Morales said.

The delays have frustrated Mr Morales, who until recently was chair of the National Structural Code Committee of the Association of Structural Engineers of the Philippines (ASEP) and who has raised the risk to public safety on multiple occasions with the Department of Trade and Industry (DTI) and related agencies.

In April ASEP called on the Department of Trade and Industry (DTI) to order the permanent embossing of a “Q” mark on QT/ TMT steel rebar so customers know the kind of steel bars that they are purchasing.

While current regulations dictate that manufacturers emboss identifying marks, bar size and grade on each steel bar, colour codes can be painted on the ends instead.

Mr Morales said the use of painted marks to identify steel rebar types is a source of fraud as the paint can be erased or painted with another colour by unscrupulous dealers and resellers”.

It is not only earthquakes where Mr Morales fears the integrity of QT/ TMT steel bars could be affected resulting in catastrophic building failure.

Prolonged fire, such as last year’s Grenfell Tower blaze in England, exposes reinforced concrete buildings to elevated temperatures during a fire, often in excess of 500C (about 932F); about the same temperature that QT/TMT steel is tempered at to give it strength.

The result, Mr Morales says, is a retempering of the outer skin of the steel to the much reduced strength of the core steel.

While admitting that MA steel rebar is a pricier option, Mr Morales said studies in Italy, New Zealand and Australia all warn of the risks associated with using QT/TMT steel bars in Seismic Zone 4, which encompasses the majority of the Philippine Islands.

Additionally, in areas of seismic activity, the regulations say that ‘the heat required for welding, galvanizing or hot bending could create a brittle failure point and therefore considered inappropriate’.

Attempting to deflect the issue of suitability, SMCs vice president Rafael Hidalgo told The Manila Times that the issue wasn’t the suitability and special requirements of QT/ TMT steel bars, but rather the availability of steel rebar that doesn’t comply with PNS 49.

Metro Manila lies along what is known as the West Valley Fault (WVF), one of two major fault lines in the Valley Fault System (VFS).

Manila’s High-Rise Could be Devastated by Big Quake

The Philippine Institute of Volcanology and Seismology (Phivolcs) has warned previously that the West Valley Fault is capable of producing earthquakes with a magnitude of seven or higher.

In 1968 when a 7.3-magnitude earthquake struck Manila 268 people were said to have been buried alive when Ruby Tower, a 6-story commercial and residential building collapsed — the floors dropping one on top of the other like pancakes.

Attempting to defuse the situation DTI Secretary Ramon Lopez, has met with stakeholders and said that the review of PSN 49 will be “fast-tracked”, while adding that the ASEP’s call for more stringent marking requirements “will be considered”.

However, with the heavily industry dominated BPS-TCR still attempting to formulate a testing regime no quick end appears in site.

Further muddying the waters, the new codes committee of the ASEP recently said that QT steel rebar “could be used for all structures including High Rises”, while at the same time stating that it should be consistent with the Prohibitions in the NSCP adopted from NZ 3101; NZ 3101 prohibits the use of QT steel rebar in areas of seismic activity.

Over most of the period that Philippine steel manufacturers have been supplying the industry with a grade of steel rebar not unsuitable for seismic areas the Philippine construction industry has been booming.

According to the Philippine Statistics Authority (PSA) the construction industry grew by 9.3 per cent in the first quarter of 2018, slightly down on the 9.3 per cent growth it experienced in the same period in 2017.

In April Research and Market released a report which forecast an 18.3 percent CAGR for the Philippine construction industry over the period 2013-2022, when it is estimated to be worth some US$ 54.5 billion.