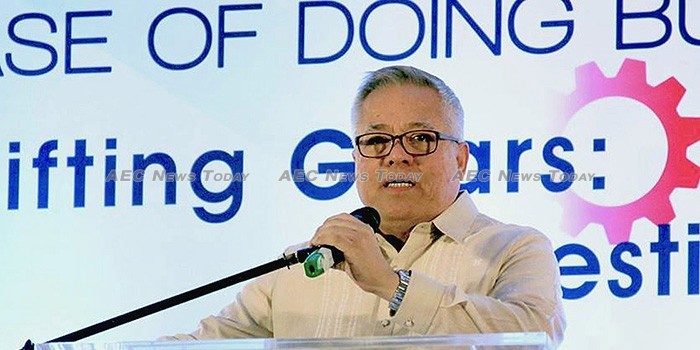 If the Philippines wants to improve its ease of doing business score government agencies need to throw out the procedures and documents they use now and start again. This was the grim, but stark assessment of Philippines Trade Secretary Ramon Lopez last week.

Addressing business owners and stakeholders at the ‘Ease of Doing Business Summit’ at the Philippine International Convention Center (PICC), Mr Lopez said for the country to achieve a “trailblazing improvement” in its global rankings government agencies and local government units needed to “change their mindsets and go back to the drawing board. What needs to be done is to remove everything and redo everything.”

Noting that his comments should not be taken as criticism of those working on business process reforms, Mr Lopez said “if you change from where you are now, the tendency (for improvement) is limited, because you’re looking at cutting steps.

“But if you go back to a zero base, to the extent possible where we can have one form applicable to as many agencies with similar information requirements, then you have reform”, The Philippine Star quoted him as saying.

While the Duterte administration has been big on talk and busy with some structural reforms, practical implementation is slow on the ground. Last year the country’s rank for ease of doing business fell 14 notches, from 99th place the year prior, after having rallied from 165th place in 2016, and 157th in 2015.

Mr Lopez said the Ease of Doing Business Task Force had been pursuing reforms over the last nine months that will help push the country’s ranking forward in the 2019 report, adding that 19 reforms had already been completed across seven out of the ten indicators measured by the report

In last year’s international ranking the WB noted that while a Canadian software entrepreneur could complete the two required steps to start a business in less than one and a half days online at a cost of C$200 (about PHP8,015),  a Filipino entrepreneur needs to complete 16 steps, taking 28 days to complete.

A recent report by the American Chamber of Commerce (AmCham) noted that while the Philippines accounts for 16 per cent of Asean’s population it receives less than eight per cent of total Asean inbound foreign investment.

The elimination of lengthy, confusing, overlapping, and repetitive red tape is one of the priority areas — along with the Philippines’ complex system of licensing, and foreign ownership restrictions — that members of the European Chamber of Commerce of the Philippines (EECP) most want to see addressed (See: Inbound Philippine Foreign Investments Plummet as Industry Roars (video)).

While the government has a goal of ranking in the top 20 per cent of countries globally for ease of doing business before the end of President Duterte’s first term in 2022, Mr Lopez said that until the zero- reset occurred only incremental improvements in service standards could be expected, with similar incremental increases in the country’s ease of doing business rank.

Words hurt: time for Asean leaders to speak up on SCS