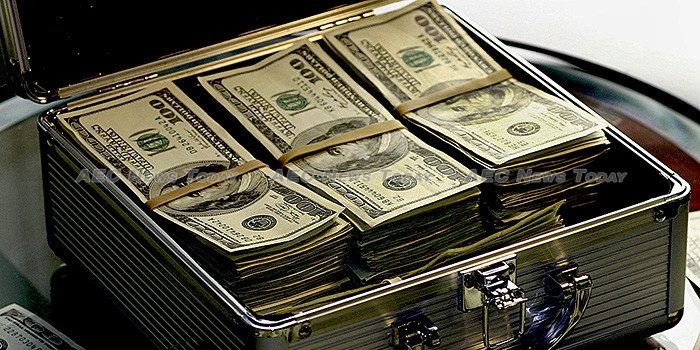 Foreign investors are sending an increasingly strong message to Philippine President Rodrigo Duterte over his ‘war on drugs’ and at times outrageous and crude comments. And it is a message that doesn’t bode well for the Philippine economy.

In the first four quarters of President Duterte’s presidency inbound foreign investment to the Philippines has dropped by a staggering 122.1 per cent.

The only shining light was at the Authority of the Freeport Area of Bataan (AFAB) who reported a very healthy 258.2 per cent growth with projects totalling P279.2 million ($5.469 million). The seventh agency, the BOI-Autonomous Region in Muslim Mindanao showed a blank record.

In the first six months of 2017 IPA-approved foreign investments were down P25.6 billion ($500 million) on a year prior.

That the shunning by foreign investors is anything but a reflection of dissatisfaction with the current administrations policies and mannerisms is difficult to dispute. In the two quarters prior to President Duterte’s inauguration foreign investment inflows into the Philippines grew by 11.5 per cent and 19.2 per cent respectively.

The plummeting foreign investment figures come against a backdrop of warnings that foreign investors are starting to take a more careful look at future Philippines stability, in addition to concerns over its closer ties with China.

In an interview with Inquirer.net, European Chamber of Commerce of the Philippines (ECCP) President, Guenter Taus said attracting increasing levels of foreign investment in the Philippines from the European Union (EU) was ‘becoming more and more difficult’, while a recent EECP report stated that the Philippine government was ‘not sending the right signals’ to foreign investors.

While that may be the case with the EU, the 2018 Asean Business Outlook from the American Chamber of Commerce (Amcham) paints a different picture. Some 70 per cent of respondents to its annual survey said that they are planning to expand their operations in the Philippines over the next 12 months.

Over at the Australian Chamber of Commerce (Austcham) things are not so bullish. Only 15 per cent of Australian businesses in the Philippines said they intended to expand their operations in the year ahead.

At the same time though South Korean companies in the Philippines in particular are shutting down operations and moving to Vietnam, where the say the business environment is more conducive and the costs of doing business lower.

In an interview with The Star Ho Ik Lee, president of the Korean Chamber of Commerce of the Philippines, said thousands of local jobs have been lost since late last year and hundreds more are set to follow in the months ahead as more and more Korean manufacturing companies leave the Philippines.

Amongst the closures have been several large garment and electronics manufacturers, with three large garment factories set to cease operations in the coming months. All are located in PEZs, he added.

Highlighting the difficulties foreign investors experience, Mr Lee said that even after having paid all the required fees and payments required by law, many Korean firms were finding themselves caught up in disputes where employees were demanding more. It makes it very hard for firms to shut down, he said.

It is not all bad news for the Philippine economy though. While foreign investors are either putting expansion plans on hold or examining other locations, Filipino investors are feeling bullish. In Q2 2017 total domestic investment grew 29.7 per cent to P230.45 billion ($4.527 billion), from P177.7 billion ($3.490 million) in the same period last year.

Investor confidence is also strong. On Tuesday the Philippine Stock Exchange, Inc.(PSEi) nudged the 8,300 level to close at a new high of 8,291.14, a rise of almost 20 per cent since the beginning of the year.