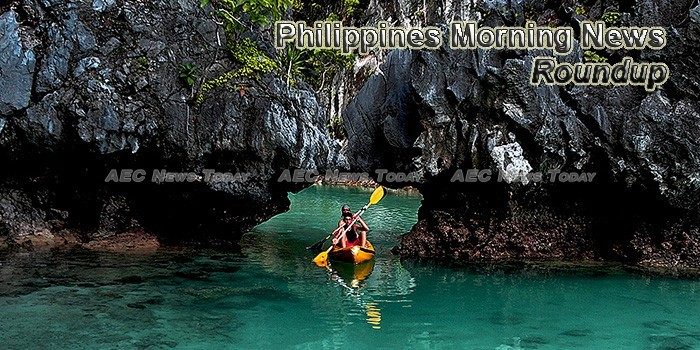 Duterte offers ’42 virgins’ to visitors of Philippines
Philippine President Rodrigo Duterte told a group of Indian and Filipino business leaders in New Delhi that he would like to attract visitors to his country by offering “42 virgins”.
— Al Jazeera

Raw Milk: Filipino Men’s Improvisation Leaves Netizens Udderly Speechless (video)
In what is certain to send the mildest germophobic mum into a frenzy a video circulating on social media only adds to the many reasons why leaving infants in the care of their fathers for even a short time is not necessarily such a good idea. On the other hand, if necessity is truly the mother of invention as claimed, the men in the video above deserve top marks.
— AEC News Today

Philippines warned of mudslides as Mount Mayon volcano spews lava amid heavy rain
The volcano continued to spew lava and ash while ankle-deep floods clogged streets and forced the relocation of some evacuees staying in temporary shelters in low-lying areas.
— ABC

Philippines on guard vs militants’ fresh moves in Mindanao
With the favorite son of terrorist mastermind Osama bin Laden taking the helm of al-Qaeda operations abroad, Philippine authorities are not taking chances over renewed moves by Islamic militants to re-establish their position in Mindanao after the Duterte administration quelled the uprising in Marawi last year.
— Philstar

Revolution Precrafted, the first Philippine unicorn, sets sight on global stage
The Philippines found its first unicorn in 2017, when Revolution Precrafted, a provider of prefabricated properties – homes, condos, pavilions, hotels, among others – raised an undisclosed Series B funding round that valued the company at over $1 billion.
— DealStreetAsia

Fast Asia Open: Vietnam trade data, Philippines budget balance
David Cameron is struggling to get his $1bn UK-China investment fund off the ground as tensions rise between the two countries over Beijing’s Belt and Road Initiative, according to officials briefed on the fundraising effort.
— The Financial Times

Halal industry has big potential even in predominantly Christian PH
Seeing the potential of Islamic finance and the halal industry in the Philippines, businesses might as well look into how they can get halal certification for their products.
— Philippine Daily Inquirer

PH loses $2B-$5B in shipping surcharges: study
GOVERNMENT is losing billions of dollars each year from the surcharges imposed by some shipping lines on Filipino import-ers and exporters, according to a joint report on the cost of international shipping presented to the Lower House recently.
— Sun Star

Why 1987 PH Constitution unclear on Congress’ Charter Change vote
It may be up to the Supreme Court now to clarify an unclear provision in the 1987 Philippine Constitution that has set off a “conflict” between the Senate and House of Representatives.
— Rappler

Massive campaign to cover up Dengvaxia debacle launched
A MASSIVE and extremely well-funded campaign has been launched to portray Sanofi and former President Aquino as totally guiltless for the 2016 mass vaccination program of 830,000 children using the French firm’s Dengvaxia, which has turned out to have put at higher risk many of those injected, and may even have already led to the death of 26 children.
— The Manila Times

Security Bank, MUFG to help promote Philippines
The Board of Investments (BOI) has entered into a partnership with Security Bank Corp. and Bank of Tokyo-Mitsubishi UFJ Ltd. (MUFG) to promote investments in the Philippines.
— Philstar