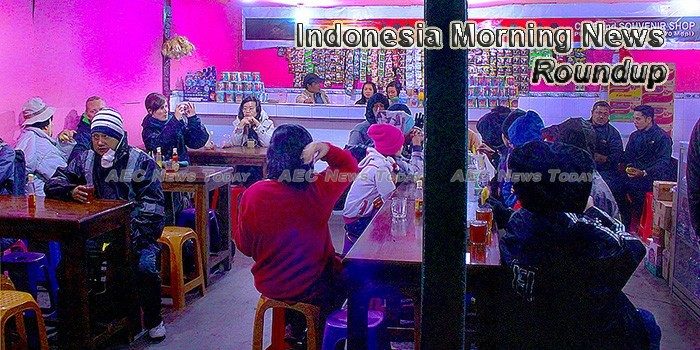 Indonesia to woo oil and gas majors via Europe, US roadshows
Indonesia will hold roadshows in the U.S. and Europe later this month to lure investments from the world’s top oil companies as the former OPEC member seeks to reverse a decline in oil and gas production.
— DealStreetAsia

Indonesia to Have More Than 5 Start-Up Unicorns by 2019: Minister
Indonesia is likely to have more than five startups worth at least $1 billion each by 2019, with healthcare and education the most promising sectors to spawn new unicorns in Southeast Asia’s biggest economy, its communication minister told Reuters.
— JakartaGlobe

Coal Mining Indonesia: Producers to Boost Production in 2018
The big Indonesian coal miners that are listed on the Indonesia Stock Exchange expect to raise their production volumes in 2018 amid rising global demand and the subsequent stronger coal price.
— Indonesia Investment

Indonesia Not Yet Ready for the Automated Era
The government must prepare Indonesia’s workforce to be competitive to anticipate future challenges associated with coming technological advancements, especially in business, a former deputy foreign minister said on Sunday (18/02).
— JakartaGlobe

Indonesia likely to see next unicorn emerge from education sector
Indonesia is likely to have more than five startups worth at least $1 billion each by 2019, with healthcare and education the most promising sectors to spawn new unicorns in Southeast Asia’s biggest economy, the communications minister told Reuters.
— DealStreetAsia

Indonesia Faces Deficit of Notary
The Master’s Programme in Notary Studies Chairman Widodo confirmed the number of notaries in Indonesia is still insufficient. Widodo pointed to a number of eastern Indonesia still very lacking in notary services. “Even in Kaimana, Papua, there is only one notary,” he stated.
— Tempo

To be Acquired by Korean Bank, Bank Agris to Ask Approval from Stakeholders
PT Bank Agris Tbk (AGRS.JK) is going to conduct an Extraordinary General Meeting (EGM) of Shareholders in connection with the acquisition of the company’s majority share by a Korean financial institution, Industrial Bank of Korea (IBK).
— Netral News

Indonesia’s military craves more power
To the consternation of pro-democracy activists and those with grim memories of ex-president Suharto’s authoritarian rule, Joko Widodo’s government continues to mull over legislation that would give the Indonesian Armed Forces (TNI) a wider counterterrorism role.
— Asia Times