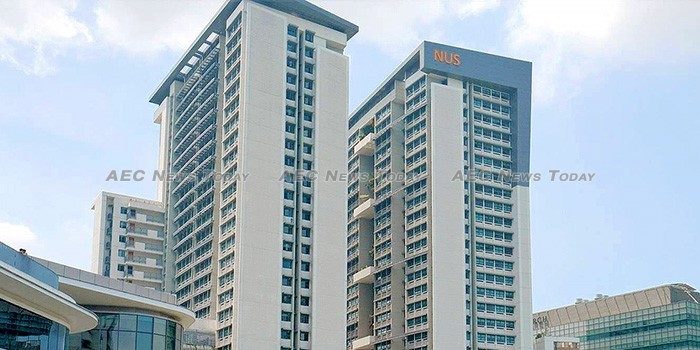 The Times Higher Education (THE) World University Rankings are out for another year and while there’s some minor shuffling in the top 10, lower down the list where most Asean universities sit there’s some considerable disruption taking place.

The ripple in world university rankings is partly due to an influx of new entries from China. Nine Chinese universities have entered the list this year taking the total represented to 72, seven of which are ranked in the top 200.

It’s Chinese universities at the middle to upper end of the list, however, along with those from Malaysia, that are causing the most disruption now, the National University of Singapore (NUS) an early casualty.

After pushing the University of Toronto out of the 22nd global rank in 2017 NUS has now seen itself down-ranked one notch to sit at number 23 in Asean this year, pushed down by China’s Tsinghua University who leapt an impress eight places from 30th last year to capture NUS’s highly prized spot.

It’s not all bad news for Singapore tertiary education though with the much younger Nanyang University moving up one place to the 51st position globally, retaining the second highest Asean university ranking in the process.

While the slippage in NUS’s rank means little in the grand scheme of things, it should serve as a warning to some Asean universities that have rested on their reputations that there is stiff competition coming from an increasing number of tertiary institutions in China, and locally Malaysia.

While this will take a little shine off those universities’ international standards, in Asean NUS is under no threat of losing its number one ranking… currently.

In Thailand however it’s a different story. The increase in international competition saw the country’s leading tertiary institution, Mahidol University (MU), tumble from its previous position of number four in Asean with a global rank in the 501-600 band last year to number eight this year, its global rank tumbling to the 601-800 band.

The falls also saw CU and KMUTT take the biggest hits in the Asean university rankings, tumbling from sixth and eighth position last year to 14 and 15 in this year’s list.

It’s not all bad news in Thailand though. This year four new universities — Mahasarakham University, Naresuan University, Srinakharinwirot University, and Thammasat University  all entered the World University Rankings chart for the first time, joining the above mentioned in the 1001+ band.

Editorial director of Global Rankings at THE, Phil Baty, said “although it is a positive sign that more Thai universities are included in the THE World University Rankings than ever before, reflecting a growing commitment from universities in the nation to subject themselves to rigorous and demanding international benchmarking, this new data signals real concerns for Thailand.

“Not only has the country’s leading institution dropped out of the world top 600 this year, but most other institutions have fallen. Successful universities, competing on a world stage in research and innovation, and producing skilled graduates, will be vital to Thailand’s move out of the so-called ‘middle-income trap’.

“We need to encourage greater government spending on universities, to help them compete for talent, and a stronger focus on internationalisation”, he stressed.

Following on from their successful debut in the World University rankings last year, universities from Malaysia continued their march up the charts in the latest list.

Leading the assault onwards and upwards is University of Malaya (UM), which this year saw it easily retain the title of third ranked university in Asean with its global ranking increasing 50 places on 2018 to between 301-350this year.

Mr Baty said it was “great to see Malaysia’s national flagship university, University of Malaya, making strong progress up the ranking this year”, attributing its success to “improvements across the board, particularly its international outlook (staff, students, and research) score, and its citation impact.

“Such internationalisation, alongside funding, is often one of the key ways in which universities not yet in the top 200 of the table can boost their rankings performance, though these can often be the most challenging goals”, he said.

Heading up to join University of Malaysia, in the process accelerating Mahidol’s slide, is Universiti Tunku Abdul Rahman (UTAR), which improved one place to be ranked fourth in Asean, although its global rank 501-600 remained static.

Despite this, with the exception of Universiti Kebangsaan Malaysia which remained static, all of the others also saw the Asean rank increase.

Improvements were also recorded for Universiti Utara Malaysia, which moved up seven places to grab 19th position in Asean, coming out of the 1,001+ wilderness last year to the 801-1,000 band globally this year.

Heading in the opposite direction though is Universiti Putra Malaysia, which saw both its Asean and global rankings decline to settle at 10th and 801-1,000 respectively. Universiti Tenaga Nasional (UNITEN) saw its global ranking unchanged at 801-1,000, but jumped five spots to 18th in Asean.

Snapping close at the heals of UTAR with a similar 501-600 rank is University of the Philippines (UP), which saw its Asean university ranking jump from ninth to fifth, due to its global ranking improving  from 601-800 last year to the 501-600 band this year.

Entering the World University Rankings with somewhat of a splash this year is De La Salle University from the Philippines which saw an impressive maiden ranking in the 801-1,000 bracket.

According to Mr Baty, “Malaysia’s universities tend to be strong at working with industry and internationalisation, but need to focus on boosting their research environment and performance. There are hopes that the country’s newly installed government will improve academic freedom and institutional autonomy, which would help improve its performance”, he added.

It was joined this year in the World University Rankings by Sepuluh Nopember Institute of Technology which settled into the 1,001+ band, with an Asean university ranking of 30.

Of Indonesia’s remaining entries Bandung Institute of Technology (ITB) and Bogor Agricultural University (BAU) saw no improvements in their global rankings, the pair remaining in the 801-1,000 and 1,001+ brackets respectively for 2019. However, both saw their Asean rankings improve three places, the former landing at number 12 in Asean and the later 21.

Universitas Gadjah Mada, however, dropped five places in its Asean ranking to settle at 22nd, its global ranking plummeting from 801-1,000 last year to 1,000+ this.

Now in its 15th edition the THE 2019 World University Rankings contain details on 1,250 higher education institutions globally, an increase of 150 on those ranked in the 2018 edition, with entries from five more countries taking the total represented to 86.

Described by Mr Baty as the most comprehensive, most balanced, yet most rigorous university rankings in the world, scores are derived from 13 separate performance indicators that assess universities across core activities including teaching, internationalisation, knowledge-transfer, and research using trusted and demanding globally defined metrics.

The 2019 THE World University Rankings notes that “universities in the Asean region tend to be stronger at international research collaboration than institutions in other parts of Asia and many Asean nations are looking to further strengthen these partnerships – both within and outside the region. China’s One Belt One Road (Obor) initiative will surely help them achieve this.

“There is also a drive to establish world class universities in the region, although there are concerns that this will focus on just a handful of universities at the expense of improving entire higher education systems”, the report cautions.