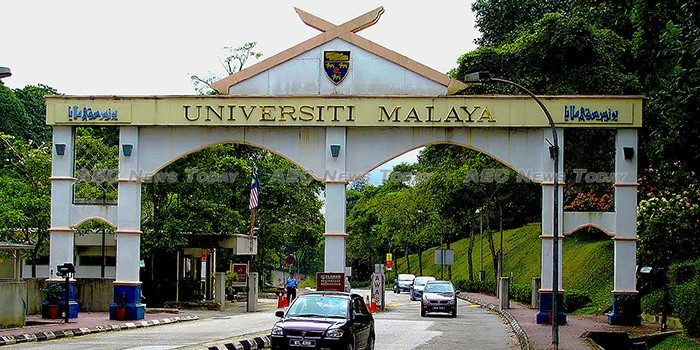 The Times World University Rankings are out for another year with Malaysian Universities swamping the list, in the process disrupting the previously sedately moving ranking of Asean’s top Universities for 2018.

Further up the list both of Singapore’s bastions of higher education – the National University of Singapore (NUS), and Nanyang University – demonstrated that they are yet to reach their full potential with both improving two places on last year to finish at 22nd and 54th in the world respectively, well ahead of Asean’s third highest ranked university, Universiti Malaya.

Entering the Times 2018 World University Rankings for the first time, the 67-year-old Universiti Malaya is ranked a respectable 351-400, well ahead of Asean’s fourth highest ranked university for 2018, Thailand’s Mahidol, in the 501-600 band.

The entry of Universiti Malaya brings to an end a grip that Mahidol has had on the third highest ranked Asean university title for many years, as predicted by AEC News Today in July. (See: Times’ Asia Pacific University Ranking Distorts, Confuses: Mahidol No Longer #3 in Asean)

Universiti Malaya wasn’t the only success story for Malaysia. All up there are eight Malaysian universities in the 2018 World University Rankings, only one less than Thailand.

Nipping at Mahidol’s heals in the same 501-600 band is Universiti Tunku Adul Rahman (UTAR), who enters the 2018 World University Rankings for the first time.

Although further down the 2018 list in the 601-800 band for 2018, the University of the Philippines and Indonesia’s Bandung Institution of Technology (ITB) were two of the big movers in the region, jumping about 200 places from the 801+ band last year.

The regions other big mover was Chiang Mai University, though for it the news isn’t so good. Ranked in the 601-800 band in the Times 2017 World University Rankings, for 2018 it is relegated to the 801 and beyond band.

In total 23 Asean universities made it into the Times’ top 1,000 universities in the world list for 2018, two more than last year.

Phil Baty, Time Higher Education (THE) editorial director, global rankings, said Malaysia is one of the leading emerging university nations in Asia; it has one of the world’s fastest growth rates in research paper outputs (albeit from a low base), PhD training capacity has increased, and it has the wealth needed to invest in the higher education sector.

Acknowledging the stiff competition at the higher end of the list, Mr Baty said both Singapore institutions recorded impressive improvements this year as a result of improved teaching and research reputations, and research productivity

Also impressive, he said, was the performance of the University of the Philippines, along with Indonesia where three universities are included in the Times 2018 World University Rankings compared to just two in 2017.

“Indonesia has a large and growing youth population, a pool of more than 4,300 universities and is growing economically. To improve, Indonesia should increase its research capacity as the majority of its institutions have historically been focused on teaching”, Mr Baty said.

According to Mr Baty Thai universities are suffering from low student enrollment due to shrinking birth rates and there are concerns that government plans to allow foreign universities to launch campuses in the country will put some Thai universities in danger of shutting down.

As with all lists, the 2018 World University Rankings should be used as a starting point rather than as a definitive list. Some universities have strengths in some areas, and are not so strong in others.

Update: This story was last updated at 09:50 on September 6, 2017:
The original published table did not list all Asean universities listed in the Times Higher Education 2018 World University Rankings. It has been replaced with a more complete list.