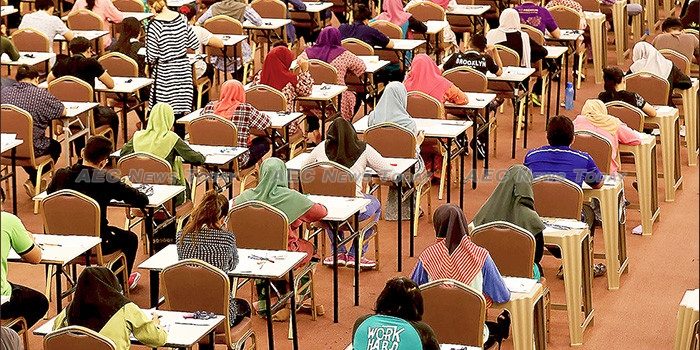 The National University of Singapore (NUS) has long ruled as the undisputed pinnacle of Asean higher education. In almost all international university rankings, with the exception of those that have restricted categories, Nanyang Technological University (NTU) has played second fiddle.

All that changed during the week with the release of the 2018 World University Rankings by Quaoquarelli Symonds (QS), a British company specialising in education, which saw NUS dethroned by its younger higher education rival.

At the same time, moving up two places from its 13th position in the snakes and ladders like world of international university rankings was NTU, claiming the 11th spot globally and garnering a five-star rating in eight categories in the process.

Also moving up the list in Singapore was the Singapore Management University (SMU) which went from 431-440 in the 2017 QS World University Rankings to 441-450 in the latest list.

Acknowledging this year’s QS World University Rankings, Professor Bertil Andersson, President of NTU said: “We know competition is extremely stiff in the upper echelon of the world’s best universities. To climb up to the 11th spot (this year), just one place shy of the top 10, is remarkable progress. Singaporeans should be very proud that this small nation has two world-class universities.”

While the quality of Singapore’s higher education sector has long been the envy of many, for the sheer number of ranked entries one needs to look at neighbouring Malaysia.

Leading Malaysia’s charge up the international university rankings is Universiti Malaya (UM), which moved up 19 places over 2017 to rank 114th globally in the 2018 list and claim with it the title of the third highest ranked Asean higher education institutes.

Universiti Tecknologi Malaysia (UTM) moved up 35 places in the 2018 QS World University Rankings to 253rd globally, while Universiti Sains Malaysia (USM) jumped 66 places from 2017 to be ranked 264 in the world in the 2018 list.

In Thailand, home to some of the regions most established (and expensive) higher education institutions the 2018 QS International University Ranking presents far from cheery reading.

Thailand’s number one university, the 100-year-old Chulalongkorn University (CU), leads Thailand universities into this years list with a global ranking of 245. An increase of seven places above its ranking in the 2017 QS International University Ranking, ‘Chula’ also claims the title of Asean’s sixth highest ranked university.

While CU is justifiably proud of its increased ranking, when it comes to Thailand’s attempts to brand itself as an education hub, it is much like putting lipstick on a pig. Nor does it auger well for the junta’s recently unveiled Thailand 4.0 strategy, which will need a well educated and skilled labour force if it is to achieve its aims.

In Indonesia Universitas Indonesia (UI) moved up 48 places to rank 277 globally and take the title of Asean’s eighth highest ranked university, after holding the 325th place the year prior. Bandung Institute of Technology (ITB), the only other Indonesia higher education institution to gain a rank in the 2018 QS World University Ranking, moved up from 401-410 in 2017 to 331 globally in the 2018 list.

Further down the 2018 QS International University Rankings for Indonesia were: Airlangga University (AU) (701-750), Bogor Agricultural University (BAU) (751-800), and Diponegoro University (DP), Institute of Technology Sepuluh Nopember (ITSN), Universitas Muhammadiyah Surakarta (UMS), and University of Brawijaya (UB), which were all ranked between 801 and 1,000 globally.

The state of higher education in the Philippines is even more dismal than Thailand. Although the University of the Philippines (UP) improved seven places in the 2018 QS International University Rankings over the year prior to be ranked 367th globally, the good news ends there.

More than 75,000 academics and 40,000 employers are said to have contributed to this year’s report, with 12.3 million papers and 71.5 million citations analysed.

According to the authors the purpose of the research is to help aspiring students get a definitive picture of the strengths and educational backgrounds of different universities – covering everything from research and employment outcomes, to social responsibility and inclusiveness.

For foreign investors it paints a useful picture of the level of commitment individual countries have to higher education and the development of smarter labour forces able to handle the challenges of the 21st century.

While many Asean leaders are publicly embracing Industry 4.0, the 2018 QS World University Rankings show that few are investing the resources necessary in higher education to make the leap.