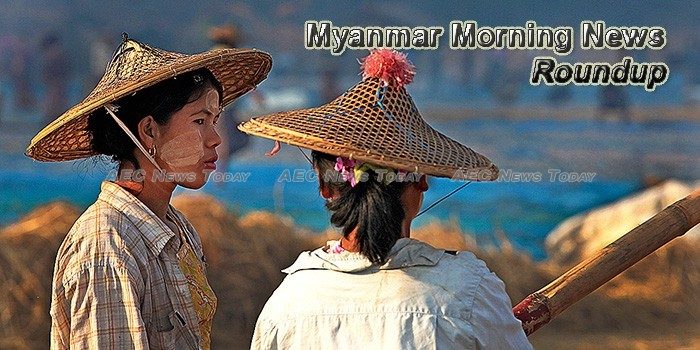 Nearly Half of Yangon’s Water Supply Lost Daily Before Reaching Residents
Some 100 million gallons of water, which is nearly half of the daily amount supplied by the Yangon municipality to its residents, is wasted daily in the supply process, said the water and sanitation branch of the Yangon City Development Committee (YCDC).
— The Irrawaddy

Supplementary Appeal – Myanmar Refugee Emergency Response in Bangladesh, March – December 2018
In the fastest growing refugee exodus that the world has witnessed in decades, some 671,000 refugees fled into Bangladesh from Myanmar’s Rakhine State in less than six months starting in August 2017.
— ReliefWeb

KBZ targets 100 percent financial inclusion in a decade
KBZ Bank, Myanmar’s largest privately-owned bank, has secured a partnership with Huawei to create an inclusive digital financial ecosystem. The partnership aims to give Myanmar citizens across the country greater access to finance and improve their quality of life through banking.
— The Myanmar Times

Parliament Approves Funds for Internet Oversight Body
The Union Parliament on Monday approved more than 6.4 billion kyats (US$7.8 million) to monitor the internet for people who use it to “harm the stability” of the country.
— The Irrawaddy

Laws failing to protect public: survey
A survey conducted by non-government group My Justice showed that the current laws and practices of Myanmar and legal organisations fail to fail to protect individuals’ rights and are more concerned with national stability and control.
— The Myanmar Times

Myanmar locomotive handed over
The last of 18 diesel locomotives manufactured for Myanma Railways by Indian Railways’ Diesel Locomotive Works in Varanasi and supplied through RITES was formally handed over with a ceremony on March 19. The order had been financed through an Indian government credit line.
— Railway Gazette

A Bitter Budget Battle in Rakhine State Drags On
“The game is not over yet,” U Min Aung told The Irrawaddy of the political power struggle between lawmakers and cabinet members in Rakhine State following his termination as the region’s minister of municipal affairs in January.
— The Irrawaddy

Inflation rate hits 4.16 pc in February
The average inflation rate in late February was 4.16 per cent, with the highest rates reported in Rakhine, Mandalay and Kachin, according to the Central Statistical Organisation.
— Eleven Myanmar

Singer faces defamation suit after accusing Mandalay judge of corruption in viral video
A Mandalay judge has filed a defamation lawsuit against singer Ma Khaing, also known as Ta Tha Tha, after she posted a video on Facebook in which she insults another judge and accuses her of accepting bribes.
— Coconuts Yangon