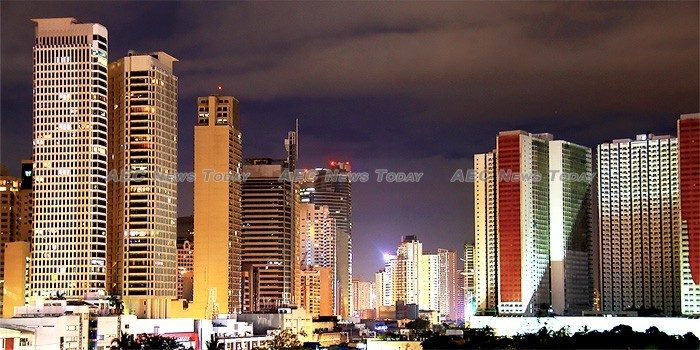 Amidst the slow growth of property markets across the Asia-Pacific region the Philippine capital of Manila leads recording the strongest growth in the second quarter of this year (Q2 2018).

However, while effective prime office rental space is listed at $22.50 per sq.m/month, an increase of 3.2 per cent from the $21.80 a year prior, the price remains far below those in Singapore and Bangkok, where rentals increased to $80.20 per sq.m/month and $36.50 per sq.m/month respectively over the period.

Singapore office rentals recorded a nominal QoQ growth of 0.8 per cent in Q2 2018 and a 6.1 per cent increase YoY as rents moved up in the wake of dwindling supply.

According to Knight Frank, Bangkok’s office space continues to sustain growth amidst ‘low levels of vacancy’ with the price of Bangkok Grade-A office space in the central business area (CBD) rising 1.7 per cent in Q2, bringing YoY rental growth to 9.9 per cent, up from 9.1 per cent the previous year.

With foreign buyers boosting its luxury residential market with additional investment from mainland Chinese, Bangkok luxury homes increased 1.4 per cent QoQ, finishing six months of growth with a decline of -0.6 per cent, to record a 3.4 per cent increase over the previous 12-month period.

Having bucked the trend of slowing growth in luxury home prices, Singapore’s luxury residential sector recorded a 5 per cent increase in Q2 2018 over Q1 and a six-month increase of 7.3 per cent to see YoY growth of a respectable 11.5 per cent.

At the same time loan-to-value (LTV) limits were tightened by 5 per cent after private home prices in Singapore increased by a steep 9.1 per cent over the past year, with transaction volumes soaring on the back of heated demand.

In other parts of Asean the Phnom Penh office rental market remained flat with no growth over the quarter, which saw its YoY growth drop to -1.4 per cent with Phnom Penh Grade-A office rentals charging $30.7 per sq.m/month, down from $31.10 in the same period last year.

The city of Phnom Penh is saturated with the sights and sounds of construction as investors and developers pile up the market with high-end condominium towers, many of them built for sale exclusively to Chinese customers and remaining empty long after construction is complete (See: Phnom Penh’s glut of empty condos and homeless urban poor).

According to Century 21 real estate there is currently more than 110 condominium towers both finished and underway in the city, comprising more than 36,742 units.

Also heading into the wrong side of the growth table was Grade-A office space in Kuala Lumpur which saw a -0.8 per cent fall QoQ driving YoY loss for the 12 month period to -2.5 per cent.

Despite this the cost of rental space increased to $19.20 per sq.m/month, up from $16 a year earlier, ‘indicating that rental and occupancy levels are holding firm despite the oversupply of space in certain locations in Klang Valley’, the report said.

The news about luxury residential property is also not good for the Malaysian capital, where growth adjusted slightly to 1.1 per cent QoQ. Six-month growth eased to 0.5 per cent to see YoY growth finish at a miniscule 0.3 per cent. Considerably better than the  -1.5 per cent decline recorded for the same period in 2016-2017.

Malaysia one of the most preferred

Despite this the report claims that Kuala Lumpur remains one of the most preferred destinations for property buyers and investors alike, and the lowest priced among other Asean property markets covered by the report.

According to Knight Frank KL “will remain as the well-liked investment destination among foreigners as prices are still reasonable as compared to other major Asian cities.

Following the recently concluded election, coupled with a resilient economy, there are clear signs of improvement as the policies of the new administration continue to become more transparent. Accordingly Knight Frank expects the property market to pick up with more enquiries and investment activities.

Also experiencing meagre growth was the Jakarta residential market which saw a six-month growth of just 0.7 per cent to finish just 1.5 per cent up YoY.

While the strong growth experienced by Singapore and Bangkok Grade-A office rentals over the past year is forecast to continue over the next 12 months, the market is expected to stay flat in Phnom Penh. Manila and Kuala Lumpur are projected to experience negative rental growth.

Singapore, especially, is likely to continue outperforming others in the region until 2020 given the limited supply of Grade-A office space in its CBD over the medium term along with the recovery of larger occupiers such as financial institutions and oil and gas companies.

However, Knight Frank says that by 2020 Manila, Singapore, and Bangkok will be three of the few markets expected to lead prime office rental growth in the region, forecast to record double-digit increments of more than 19.1 per cent, 15.8 per cent, and 11.4 per cent respectively.

The Singapore residential market, however, is not so rosy with the Singapore government’s ‘cooling measures’ expected to result in many residents keen on making property purchases channelling their interests to overseas markets instead of domestically.

Showing no signs of easing its policy, National Development Minister Lawrence Wong said recently that “the government has been monitoring the property market closely. We are very concerned that prices are running ahead of economic fundamentals.

“There is a large supply of units coming on stream and interest rates are going up. We want to avoid a severe correction later, which can have more destabilising consequences”, he said, adding “hence, we are acting now to maintain a stable and sustainable property market.”

These views are supported in a complimentary Knight Frank report, the Q2 2018 Global House Price Index, which shows that island-wide private condo prices in Singapore increased by 9.3 per cent YoY, a 190.6 per cent jump on the 3.2 per cent QoQ growth in Q2 2018 that drove six-month growth to 7.7 per cent.

According to the report, Singapore ranked ninth in Q2 2018 for global house price rises, topping other regional housing markets including Malaysia, which had previously held the mantle, but in the latest report finished at 31 in the index.

Claiming that the market has bottomed out, Knight Frank says there is considerable encouragement to be drawn from actions by the new administration, including an exemption for the housing sector from the goods and services tax (GST).

Recording a meagre 0.1 per cent QoQ rise and six month improvement of just 0.4 per cent, house prices in Malaysia saw just a 4.1 per cent improvement over the same period in 2017.

The only other Asean member state covered by the report, Indonesia, ranked number 34 over the period, house prices registering a meagre QoQ growth of 0.8 per cent, with six month growth of  2.2 per cent. Growth over the same period in 2017 was up 3.3 per cent.

Nicholas Holt, Knight Frank Asia Pacific’s head of research, said the expectations are that Grade-A office rental prices will remain “steady or see marginal increases for the rest of the year.”

Looking ahead, he added: “Steady demand seen in the Grade-A office market is expected to bolster rental growth for the second half of the year. Despite several headwinds, including tensions around trade, regional economic growth continues to fuel demand for Grade-A office space.”