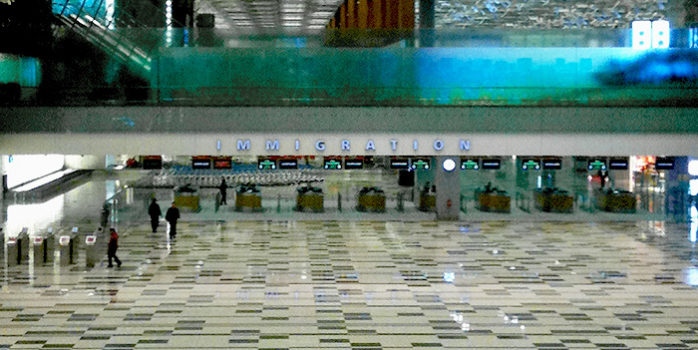 The Singapore announcement follows a similar one by Cambodia late last week to charge non-citizens a $3,000 security deposit on arrival to cover the cost of a COVD-19 screening and any quarantining or hospitalisation charges that they might incur (See: International travel in the age of COVID-19: Cambodia leads the world with user pays system)

Travellers arriving from any other origin will be quarantined at a government designated centre, with penalties of up to S$10,000 (about US$7,152) and/or imprisonment of up to six months for those who misstate their travel or health history.

Prior to completing their 14 day Stay-Home Notice (SHN) citizens and non-citizens will be required to be tested for SARS-CoV-2, the virus that causes COVID-19.

In a media release Singapore’s Ministry of Health (MOH) said anyone issued with a SHN must remain in their place of residence at all times.

Electronic monitoring, including telephone calls, SMS, WhatsApp messages and video calls requiring the receiver to show their surroundings, along with physical spot-checks, will be conducted to ensure compliance, the Immigration and Checkpoints Authority (ICA) website states.

Those who fail to comply with the SHN requirements could be fined up to S$10,000 and/ or up to six months’ imprisonment, while Singapore PRs and LTPs face revocation of their permits.

The new user pays model comes as the government attempts to establish a “more sustainable position as we expand (and) reopen for more travel”, Singapore Minister for National Development, Lawrence Wong, was quoted by CNA as saying at a media briefing in Singapore earlier today.

Although long-term pass holders are still required to obtain permission for entry prior to commencing their journey, Mr Wong said the government has “gradually increased” the number of approvals given.

Until today’s announcement the Singapore government has born the cost of COVID-19 testing and quarantine for travellers who had departed Singapore prior to March 27.

According to CNA, Mr Wong said the government expects to be able to ramp up approvals for LTPs in the coming weeks, in addition to studying how to facilitate business travel for professionals based in Singapore who need to travel frequently for work.

In 2019 Singapore’s Changi Airport handled some 68.3 million passengers and earlier this year was named as the World’s Best Airport for the eighth consecutive year by customers at the 2020 World Airport Awards. In April inbound visitor numbers hit a historic low of 748.

Singapore has so far recorded 40,604 COVID-19 infections and up to the start of today (June 15) had 10,989 active cases, of which two were listed as serious or critical. There has been 26 COVID-19 related deaths in Singapore and 29,589 discharges.