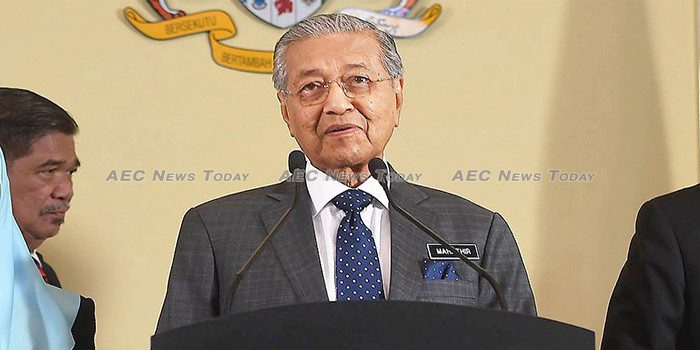 The widely unanticipated ousting of Malaysia’s government last May not only left political analysts scrambling for explanations, it also had economists wondering what was in store for the economy.

The Najib Razak government had presided over relatively strong growth (5.9 per cent in 2017), low unemployment (around 3.5 per cent) and sound macroeconomic fundamentals. The eclectic group that gathered around former prime minister Mahathir Mohamad and Pakatan Harapan (PH) (Alliance of Hope) to send the former government on its way had a less than stellar economic resume. Its campaign was mobilised around restoring good governance and unabashedly populist economics.

The promise of a sound revenue base was abandoned with the scrapping of the goods and services tax (GST). The future of economic reform and sound economic management looked distinctly uncertain.

The government’s first move on the economic front saw it outsource consideration of pressing economic and other national issues to a Council of Eminent Persons. The Council consulted widely with key academic, business, and government stakeholders in developing an agenda for economic reform and delivered a report to government in August. Despite the promise of transparent governance the contents of the Council’s report have remained confidential.

Meanwhile Finance Minister Lim Guan Eng focused his early efforts on exposing the former government’s accumulation of debt and corrupt contracting, alongside abolishing the GST and reintroducing petrol subsidies — prudent if poorly sold policies of the Najib government. While there has been silence on economic reform, there’s been a hive of activity from the new government on the governance front.

Mahathir sent a clear message to ministers that elected officials and civil servants are expected to act in the people’s interests.

The pursuit of former prime minister Najib and his associates on corruption charges, the separation of powers for key agencies, push back on the empire that had developed around the Prime Minister’s Department, and promises to end the most egregious political appointments are among the promising early signs of large-scale governance reform.

The 2019 Budget released on November 2 supports these reforms with specific measures and resources. Action and optimism surrounding getting institutions fixed has staved off criticism about the lack of action on economic reform.

The revised Plan and the government’s first Budget were expected to provide clarity about the new government’s medium-term economic reform agenda. Despite the short-term fiscal bind, the hope was that ambitions for economic reform would match those for governance. As this article by Stewart Nixon notes, the commitment to reform in key areas is underwhelming.

“The Mid-Term Review provides a blueprint loaded with high-level aspirations that would represent an impressive reform agenda if translated into successful policies”, says Nixon. “But aspects of the Review raise questions about the government’s real capacity to navigate medium-term risks he added.

“The 2020 balanced budget target has been abandoned and the budget deficit has widened to 3.7 per cent of GDP (with an aim to reduce this to 3 per cent of GDP by 2020), while public investment — most notably in major rail and pipeline projects — is set to contract”, Mr Nixon says.

Malaysia has a low level of taxation revenue and public expenditure, but the government’s role in the economy is still pervasive. According to Mr Nixon, “The highly centralised top-down federation (that cripples local government initiative) and government ownership of more than half the local stock market ensure that the vast majority of economic activity is directly affected by the state.”

There is a worrying disconnect between government rhetoric recognising the need to act in these areas and policies under the Review and Budget that would achieve the opposite.

Perhaps the biggest drag on Malaysia’s economic performance and handicap to its breaking through the middle-income trap is flailing human capital development.

“It is therefore a positive that human capital retains a high policy priority in Malaysia — commanding its own pillar in the Mid-Term Review and the highest share of budget expenditure”, Mr Nixon claims.

But while the government is pursuing worthwhile measures to address immediate skills mismatches, invest in school infrastructure, and raise the quality of education, it still lacks a plan to address key shortcomings, including an outdated learning culture, centralised decision-making, and politicisation.

As Mr Nixon identifies, “The large programme of policies favouring Malays and other indigenous groups (Bumiputera) in the Mid-Term Review is another possible economic destabiliser”.

The hope that Mr Mahathir’s more representative government would bring an end to the country’s long-running and ill-targeted affirmative action programme is still just a hope. The Review simply reaffirms the government’s commitment to continuing it while the budget extends discrimination into the digital arena.

Golden opportunity may be lost

The challenge over time will be to build the tax base and put in place a transfer system that targets need and addresses universal problems of inclusiveness. Reforms that reduce pervasive federal government presence across the economy and influence in local governance are a high priority. Without these changes, tackling corruption-riddled systems of political patronage will be a job that’s never properly done.

If ever a government had the mandate and popularity to progress a bold reformist economic agenda in Malaysia it is now. Taking the leap to developed economy status rests on challenging reforms in areas of well-publicised and politicised weakness. Instead, the government’s first major economic policy announcements delivered mixed messages on debt reduction, unproductive handouts, minimalist tax tinkering, and increased dependence on State-owned Enterprises (SOEs) and their dividends.

Post-election uncertainties affecting investor confidence, the looming global trade wars, and emerging-economy financial risks all call for more determined fiscal reprioritisation and bolder structural reform to send a strong signal that the new government has the nous and determination to meet the people’s economic expectations.

This article was written by EAF Editorial Board, located in the Crawford School of Public Policy, College of Asia and the Pacific, the Australian National University (ANU). It first appeared on East Asia Forum under a Creative Commons License and is reproduced here with its permission.

Can Najib Revive The Malaysian Economy?