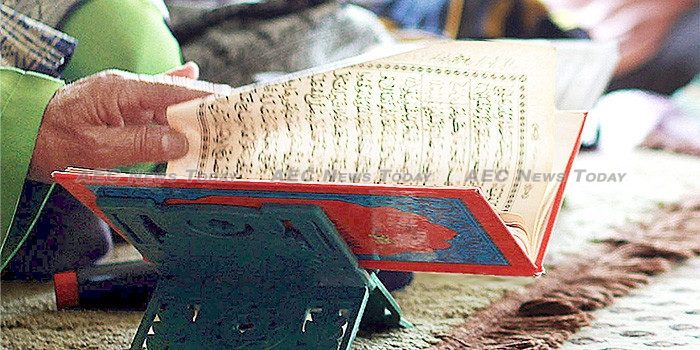 Attempts to amend Malaysia’s 1965 Criminal Jurisdiction Act, or RUU 355, have divided the country for more than two years now. The amendment was proposed as a private member’s bill by Abdul Hadi Awang, president of the opposition Malaysian Islamic Party (PAS), to empower sharia courts to issue more severe punishments through implementation of hudud (Islamic criminal law) in the Malaysian state of Kelantan.

Most recently the bill was postponed following Hadi’s explanation of the proposed amendment in parliament on April 6, 2017. This was Hadi’s fifth attempt at tabling the bill since March 2015.

What is most notable about this proposed bill is the support it has received from Prime Minister Najib Razak, president of the United Malays National Organisation (UMNO) party, who has made room for Hadi to table his motion three times — a feat that no opposition-proposed private member bill has achieved in Malaysian history.

That Hadi has been allowed to speak three times on the motion in parliament without this proceeding to a debate or vote suggests that the law-making process has been turned into a political game.

Most commentators understand the bill as largely an attempt by Hadi to push his party’s political agenda, while portraying UMNO leaders as playing along opportunistically. But UMNO’s support for the introduction of hudud in Kelantan has been a shrewd strategy to engage with PAS to break up the opposition coalition Pakatan Rakyat (People’s Alliance).

Najib’s move has been very successful, resulting in Pakatan Rakyat’s slow disintegration. It also appears to have prevented PAS president Hadi from being overly critical of the 1MDB corruption charges against Najib.

Initially most observers were dismissive, balking at the suggestion that Najib would really support the implementation of hudud in Kelantan, and hence support the amendment of RUU 355 as intended by Hadi.

This is a gross misreading of the crucial role played by the UMNO leadership in the situation and what transpired behind the scenes of this bill.

A look at the bill’s history will show that UMNO has been working hand in glove with PAS to discuss how to navigate around constitutional obstacles to implement hudud in Kelantan, pursuing RUU 355’s amendment since at least November 2013.

A Look at UMNOs Pursuit of RU 355 Reform

This would have been no special favour to PAS as the federal government had intended to do so any way, but it enabled PAS to implement some of its hudud law provisions.

Unexpectedly though, it was Hadi who then submitted the bill at a parliamentary session in March 2015, while an amended version of the hudud state legislation was approved in the Kelantan state assembly at the same time.

Hadi and PAS leaders presented the bill as enabling the implementation of hudud in Kelantan and suggested that Muslims could not object to the bill as it is god’s law.

At Hadi’s third attempt during a May 2016 parliamentary session, Minister Azalina Othman shocked everyone when she asked the speaker to expedite Hadi’s proposed bill for reading, without subjecting it to a vote or debate. She later explained that she did so at the instruction of Najib and his deputy.

The facilitation of the tabling of the bill by an UMNO Minister, and PAS reportedly being told that Minister Jamil Khir would oversee its final enactment, clearly shows that UMNO support for the introduction of hudud in Kelantan is far from casual, despite Najib explaining at the time that the bill merely sought to enlarge the jurisdiction of the sharia court and has nothing to do with the implementation of hudud in Kelantan.

However, Hadi’s move has directed public attention to the deeper ramifications of the amendment, which was initially presented as a mere technical upgrade of sharia judiciary power. In view of the growing opposition, proponents of the bill also began to change their tune to argue that the bill has nothing to do with hudud.

Najib announced on December 1, 2016 that the federal government would take over the bill, only to decide otherwise in March 2017 after facing strong opposition from his other coalition party leaders.

Patronage For hudud in Kelantan a Masterstroke

Expressing his gratitude to ‘the government’ for allowing him to table the motion, Hadi said that ‘we will not forget this cooperation’. There is ample evidence to conclude that UMNO has been playing an active role in abetting the more-than-willing PAS to pursue its own agenda.

PAS leaders are now even envisioning forming a supermajority Muslim bloc to ‘strengthen political Islam’ in the upcoming Malaysia general election, which is to be called before August 2018.

Stopping short of openly building an electoral alliance with UMNO, Hadi recommended that Malay voters should vote for either PAS or UMNO in order to strengthen Malay political power.

PAS’s decision to be a third force in Malaysian politics has cast a dark cloud over the electoral prospects for the opposition that has been trying hard to avoid three-cornered contests that benefit the incumbent governing coalition. At a time when UMNO is at its weakest due to the 1MDB scandal, Najib’s embracement of hudud in Kelantan is a masterstroke.

This article was written by Helen Ting, a Senior Research Fellow at the Institute of Malaysian and International Studies, National University of Malaysia. It first appeared on East Asia Forum under a Creative Commons License and is produced here with its permission.