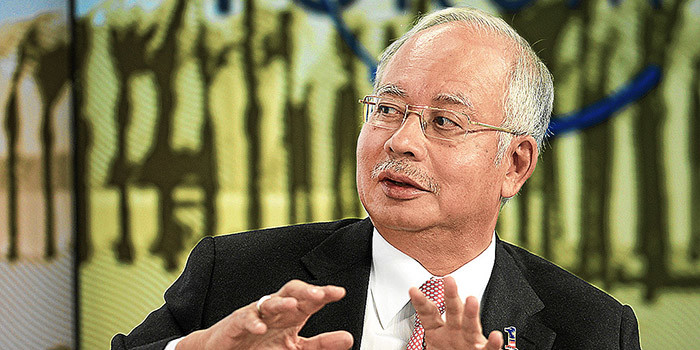 The 1Malaysia Development Berhad (1MDB) scandal in Malaysia which has recently become the subject of a high-profile lawsuit by the United States Department of Justice’s asset recovery initiative highlights the problems with state-ownership in the Malaysian economy. To prevent such scandals from recurring in the future Malaysia must define the role of the government in business and develop adequate institutional arrangements to counter potential abuse by politicians.

Malaysia has a long history of high-level financial scandals, some of them involving the country’s government-linked companies (GLCs). Yet, the recent case of 1MDB is particularly shocking. This is the first time that a sitting prime minister is directly implicated.

Prime Minister Najib Razak has vehemently denied the allegations and claimed that the money was a ‘donation’ from the Saudi royal family. But the investigation by the US Department of Justice suggests the money originated from 1MDB.

Research into state ownership has long argued that GLCs are vulnerable to the problems of politicisation, corruption, and rent-seeking, which can cause them to be inefficient and mired in scandal. In Malaysia, GLCs have been used as a tool for politicians to direct benefits to their political supporters or even themselves.

The case of 1MDB illustrates the problem. It is alleged a total of US$7 billion of funds has gone missing. A majority of the misappropriated funds has allegedly flowed to offshore companies. It is also suspected that some of these funds were used to support the ruling coalition’s campaign in the 2013 Malaysia general election.

The concerns only erupted into a scandal in 2015 when the issue was raised by former prime minister Mahathir Mohamad in an internal party fight with Najib. Hundreds of thousands of people then went into the streets to protest, but Najib has so far successfully resisted the call for him to step down. He has also strengthened his position by sacking critics and the attorney general from his government. He was later cleared of any wrongdoing by the new attorney general.

The failure of institutional safeguards to prevent or take action against such irregularities points to major deficiencies within Malaysia’s governance of GLCs. Six decades of rule by the United Malays National Organisation (UMNO), the main ruling party in Malaysia, has undermined Malaysia’s democratic institutions. There are now no effective institutional checks and balances on the handling of GLCs by the state and politicians.

Underlying the 1MDB scandal is the problem of excessive state influence in business. It is estimated that GLCs account for approximately 36 per cent of the market capitalisation of Bursa Malaysia and 54 per cent of the benchmark FTSE Bursa Malaysia Kuala Lumpur Composite Index (FBMKLCI). GLCs do not only participate in natural monopolies or strategic industries, but compete with the private sector in highly lucrative businesses such as retail, construction and property development.

In the case of 1MDB, the state-owned investment company also has a huge involvement in property development, through the projects of Tun Razak Exchange (TRX) and Bandar 1Malaysia. These projects were particularly controversial because the land was sold to 1MDB at a very low price by the government. Critics argued that the land should instead have been auctioned publicly and that the projects could be handled more effectively and efficiently by private companies.

Although the government embarked on a GLC transformation program in 2004 and committed to divest their non-core holdings and non-competitive assets in 2010, its influence in Malaysian business has never really faded. On the contrary, as argued by Malaysian economist Edmund Terence Gomez, there is increasingly an ‘extreme concentration of powers by the executive’. To prevent future scandals Malaysia should curb the excessive role of the state in business and put in place institutional mechanisms that subject politicians to proper checks and balances.

There are increasing discussions at a global level, particularly by the Organisation for Economic Co-operation and Development (OECD), regarding which institutional governance frameworks can best regulate the state in its handling of GLCs while also improving their performance and accountability.

Malaysia should consider adopting the OECD guidelines on corporate governance of state-owned enterprises (SOEs) to benchmark itself against the world’s best practices. The guidelines recommend a clear separation between the state’s ownership function and regulatory function, which is currently lacking, particularly in the 1MDB case where the prime minister is the ultimate decision-maker.

Both the state and GLCs must also observe a higher standard of transparency. A clear and consistent ownership policy should be established to define the overall objective of state ownership and the state’s role in corporate governance. This move must also be complemented by wider reform in Malaysia’s democratic system. The problem goes beyond the current prime minister. Lasting reform will require ensuring free and fair elections and a true separation of powers between executive, legislative and judiciary branches as well as strengthening the independence of key institutions, including the central bank and the attorney general’s office.

Comprehensive institutional reform is necessary to restore public confidence. But this process is expected to be difficult given the deep influence that the ruling party holds within the different branches of government.

This article was written by Teck Chi Wong,  a Masters student at the Crawford School of Public Policy at the Australian National University (ANU). It first appeared on East Asia Forum under a Creative Common license and is produced  here with its  permission.