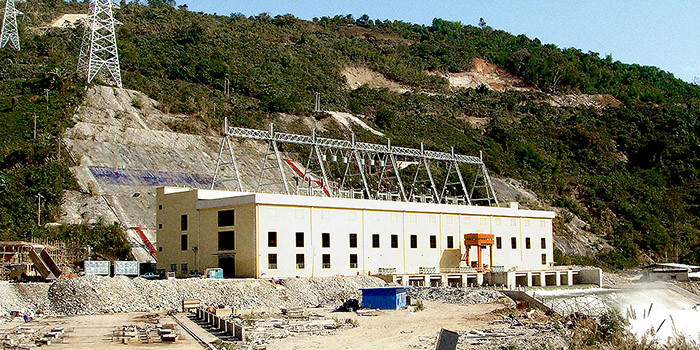 Myanmar is on track to be a major player in Asia’s energy security. It has an abundance of untapped resources, a geographic location strategically sandwiched between two economic giants (China and India) and has recently opened itself to world markets. Yet the nation faces internal and external challenges in developing a competitive Myanmar energy sector.

To create an investment friendly environment Myanmar must first address internal security issues such as ethnic conflict while juggling its external relationships with China and the West.

Since 2011 the former quasi-civilian government under President Thein Sein has undertaken a number of economic and political reforms designed to stimulate Myanmar’s economy. Addressing Myanmar’s energy challenges was a part of these measures, with Myanmar’s economy highly dependent on its energy sector.

In 2012 the president pledged to reduce government control of a number of industry sectors including Myanmar’s energy sector. A few months later he approved the Foreign Investment Law, which aimed among other things, to develop infrastructure for energy production and electricity generation and ensure that the extraction and export of natural resources benefited Myanmar’s people.

Since the beginning of these reforms in 2011 the Myanmar economy has grown at about 6.5 per cent; Foreign direct investment into the country increased from US$900 million in 2010 to over $8 billion by March 2015.

This increase in FDI was especially significant in the oil and gas sectors, with 35 per cent of the country’s FDI going into the Myanmar energy sector — the largest share for all.

Yet a number of challenges continue to hinder the quest to develop a competitive Myanmar energy sector. While some foreign energy companies have signed exploration contracts with national oil company, Myanmar Oil and Gas Enterprise, military control of the natural resource sectors persists.

Myanmar’s energy infrastructure also remains poor due to years of under-investment arising from sanctions and weak governance, while Myanmar’s energy production does not necessarily benefit Myanmar’s people as most production is exported to neighbouring countries such as China, India and Thailand.

Many people in Myanmar experience power outages due to poor infrastructure and inadequate energy supplies, while the country has the lowest electrification rates in Asia; only about a third of the population has access to electricity. Declining global oil prices and collapsing credit are now also slowing many oil and gas exploration projects, hurting the country’s resource dependent economy.

The need to balance increasing economic interdependence with the rest of the world, while maintaining sound relations with China, has created another new dimension in the geopolitics of Myanmar’s energy economy.

While the opening of Myanmar’s economy has brought positive results to the domestic economy, it has increased tensions with China — historically the country’s biggest neighbour and investor.

Today, China is still Myanmar’s top investor with Chinese FDI totalling over $14 billion, the majority of it going into Myanmar’s energy and mining industries. But as global firms enter Myanmar, China has expressed increasing dissatisfaction with the protection of Chinese companies’ rights. This was seen in 2011 when Myanmar suspended construction of the $3.6 billion Myitsone hydroelectric dam project that the state-owned China Power Investment Corporation (CPIC) was to build in Kachin state.

At the same time the slowdown in China’s economy has reduced the country’s appetite for Myanmar’s energy sources. For example, China National Petroleum Corporation (CNPC) invested $1 billion in a pipeline in Myanmar’s Shwe field in the Bay of Bengal, but the economic downturn has led to the pipeline operating under half its capacity.

Accordingly, the 2011 reforms meant increasing investment from nations other than China and decreasing dependence on China. Still, cutting ties with China would ignore Myanmar’s economic and political realities. Although China’s demand for Myanmar’s energy sources may be declining, Myanmar will still need Chinese investment to sustain its economy.

The difficulty of Myanmar’s geopolitical situation is compounded by the location of some energy projects in areas where there are frequent clashes with minority groups, especially along the Chinese border.

For decades, various minority groups have fought for greater political autonomy in Myanmar. Many conflicts were fought over control of natural resources that China has tried to exploit through its investments.

Since 2011, the government of Myanmar has called for a nationwide ceasefire, but peace talks have been slow and clashes have continued, especially in Kachin. As a stable Myanmar will benefit all countries trying to gain access to Myanmar’s energy markets, China and the West have a shared interest in Myanmar’s stability and peace.

In this sense, progress in Myanmar’s peace process with its ethnic minorities will play a large part in improving the nation’s international image and the strengthening of foreign ties.

Aung Sung Suu Kyi may not be able to remain silent on the issue of the Rohingya people for long. Without a physically secure environment foreign companies will find Myanmar too risky for investment. Multinational corporations have become increasingly sensitive to corporate social responsibility (CSR) and are increasingly wary of being seen as investing in a country that does not respect human rights.

If Myanmar is to achieve energy security, the new government under the National League for Democracy (NLD) must not focus on its energy sector alone. The NLD cannot foster an investment friendly climate through economic policy and regulatory reforms. It must also address the security issues that affect its ability to achieve this necessary investment. Myanmar’s energy future is deeply tied to its security, and the new government must not separate these two spheres.

This article was written by Aiko Shimizu, who currently analyses Japan’s renewable energy market at Bloomberg New Energy Finance, the energy think tank of Bloomberg LP. The views expressed in this article are solely those of the author and do not represent the views of the employer.  This article first appeared on East Asia Forum under a Creative Commons Licence and is reproduced here with its permission. An earlier version was published on Pacific Forum CSIS.

Amnesty International: thanks for the victories, but Myanmar remains a concern (HD video)

With no #SpaceOnEarth, Ogilvy gives Rohingya children a ‘voice in space’ (HD video)