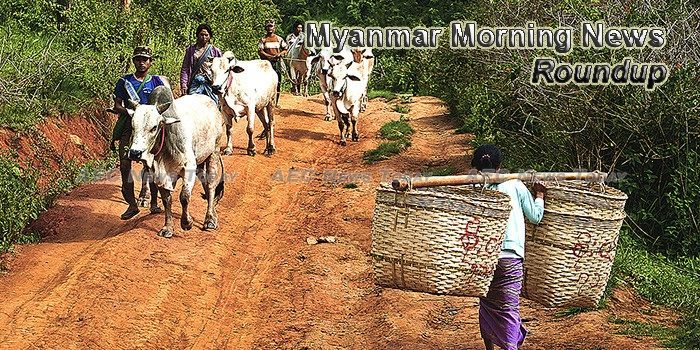 Myanmar encourages foreign investment
Myanmar’s government has made a strong pitch to foreign investors to commit to its ports at the 15th ASEAN Ports and Shipping conference.
– Port Strategy

Coal plan sparks ire as Myanmar struggles to keep lights on
Opposition to a planned US$3 billion coal-fired power plant in eastern Myanmar is highlighting the challenges facing Aung San Suu Kyi’s government in crafting a coherent energy policy in one of Asia’s poorest and most electricity-starved countries.
– Channel NewsAsia

How to solve Myanmar’s chronic electricity problems
The challenges facing Myanmar in meeting demand for power are less about technical skill or knowledge than building consensus behind a viable electrification policy and the capacity to deliver on it.
– Frontier Myanmar

Thirty development projects in pipeline in Mandalay through fiscal 2020-21
A total of 30 projects which aim to facilitate the development of Mandalay Region will be implemented from now through the 2020-21 fiscal year in collaboration with international development aid agencies, according to the regional Ministry of Planning and Finance.
– The Myanmar Times

DFID-funded grant program to target businesses in four sectors
A grant window will be launched next month by a UK-funded program to target companies with projects to strengthen value chains and promote inclusive economic growth.
– The Myanmar Times

Thailand to issue work IDs to Myanmar workers
Thailand’s Ministry of Labour recently announced they will issue worker identity (ID) cards to workers from Myanmar, Cambodia and Laos who are in Thailand with no legal documents or are considered illegal immigrants.
– Global New Light of Myanmar

Chinese investment in Myanmar could push India to deepen regional cooperation
While ramping up efforts to help mediate between Myanmar’s government and rebel groups, China needs and will most likely be willing to step up investment in the country to promote local economic development, which is a cornerstone of social stability and could thus offer support to Myanmar’s peace process.
– Global Times