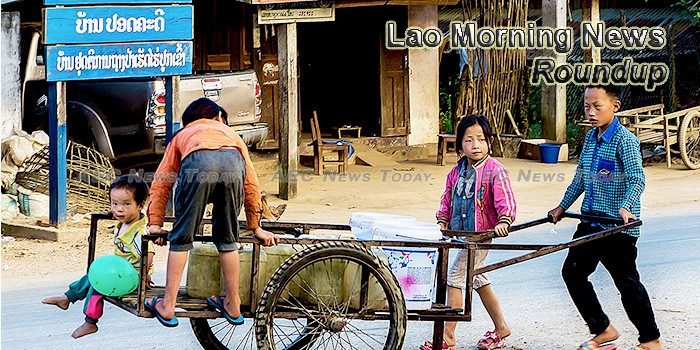 Laos Seizes Cache of Illegal Logs Owned by Governor’s Wife: Official
State inspection authorities in Laos have seized more than two dozen trucks after they were found to be hauling timber illegally logged by the wife of the governor of Attapeu province for sale across the border in Vietnam, according to an official source.
— RFA

Tourism training boost as Luxembourg, Switzerland fund human resource training
Funding for development of human resources in tourism and service sectors is on the rise thanks to a 140 billion kip (15million EUR) contribution from Luxembourg and Switzerland to a five-year project from 2017-2022.
– Vientiane Times

Lao Airlines Searches for Overseas Shareholders
Government officials have announced that they are in the process of pursuing a strategic partner for the state-owned enterprise, Lao Airlines, in an effort to improve operational efficiencies across its portfolio.
– The Laotian Times