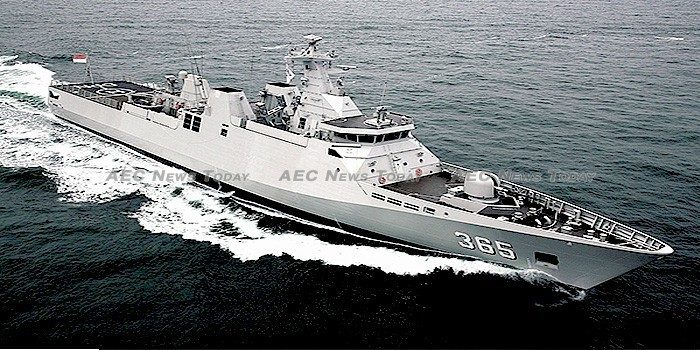 The ‘blue economy’ concept — a model of sustainable development concerned with the use of the coastal and marine ecosystem — gained prominence in Indonesia as one of the main components of President Joko (Jokowi) Widodo’s Global Maritime Fulcrum vision.

The United Nations’ Food and Agriculture Organisation (FAO) reported in 2014 that Indonesia is the second-largest producer of marine products globally. Indonesia’s aquaculture sector yielded more than 4 million tons in that year, which constituted 5.7 per cent of global aquaculture production. It also contributed roughly 6.7 per cent to Indonesia’s national GDP in 2016 and absorbed 4.1 per cent of the country’s total workforce.

Indonesia’s interest in the blue economy concept was first signaled by former Indonesian president Susilo Bambang Yudhoyono at the UN Conference on Sustainable Development in 2012. The concept appealed to Indonesia’s desire to develop its domestic marine and fisheries sector in a way that supports the goals of sustainable development (meaning zero carbon emissions and with minimal environmental impact).

The Jokowi administration has expended tremendous effort at the domestic and international levels to promote its blue economy initiative. The recently issued National Ocean Policy 2017 (which provided comprehensive roadmaps and policy guidelines to fulfil the government’s maritime vision) had the blue economy included as one of the administration’s main agendas.

Indonesia has also demonstrated its commitment to the sustainable use of marine resources through engagement in regional forums such as the Indian Ocean Rim Association (IORA).

Given the chance to host the second IORA Blue Economy Ministerial Conference in 2017, Indonesia urged members to not only exchange views on the blue economy, but to also collaborate in blue economy initiatives such as fisheries and aquaculture, inter-port cooperation, customs cooperation, marine tourism, and marine plastic debris.

But despite the Jokowi administration’s greater commitment to the implementation of the blue economy initiative, Indonesia still struggles with several non-traditional maritime security issues that impede its progress: illegal, unreported and unregulated (IUU) fishing, piracy, and armed robberies as well as marine plastic debris.

Research conducted by the ISEAS–Yusof Ishak Institute in 2009 found that the Arafura Sea in the southeast of Indonesian waters is one of the most vulnerable areas in the region to IUU fishing.

The Java Sea and the maritime borders near Borneo are also plagued by illegal fishing incidences. According to Tempo, an Indonesian investigative magazine, Indonesia has suffered from a US$3 billion deficit annually since 2013 due to rampant IUU fishing activities.

Indonesia also pursues preventive and monitoring measures through cooperation with Spire Global — an Australian satellite-powered data company that assists in the tracking and monitoring of alleged illegal fishing vessels. Access to this sort of data and actionable intelligence assists the Indonesian Navy and maritime security agencies in the investigation and seizure of illegal vessels.

Indonesia continues to be weighed down by piracy and armed robberies at sea. Navigating and securing sea lanes for shipping and transhipment remains a crucial part of the blue economy. The International Maritime Bureau recorded 46 and 108 incidents in 2011 and 2015 respectively — a significant increase of 134 per cent.

Another challenge for Indonesia’s blue economy is marine plastic debris.

The Indonesian Minister for Environment and Forestry, Siti Nurbaya Bakar, has pointed out that Indonesia is one of only a handful of countries that has put significant effort into addressing this issue. Yet Indonesia still produces about 1.3 million tons of debris annually due to a poor recycling and waste management framework. The vast amount of plastic debris in Indonesian waters could hinder the positive development of Indonesia’s fledgling marine tourism industry.

In furthering its commitment to the blue economy initiative, the Jokowi administration should take into account the nexus between economics and security. In addition to sinking vessels as a deterrent, Indonesia must forge a path for the greater development of the blue economy by implementing good maritime security governance.

Good maritime security governance means providing guidance in the maritime security outlook so that possible threats are approached with a clear division of functions and tasks, integrated intelligence sharing as well as frequent coordinated maritime patrols among maritime agencies.

This article was written by Dedi Dinarto, a Research Associate with the Indonesia Programme, S Rajaratnam School of International Studies (RSIS), Nanyang Technological University, Singapore. It first appeared on East Asia Forum under a Creative Commons License and is reproduced here with its permission.