Indonesia Morning News For May 26 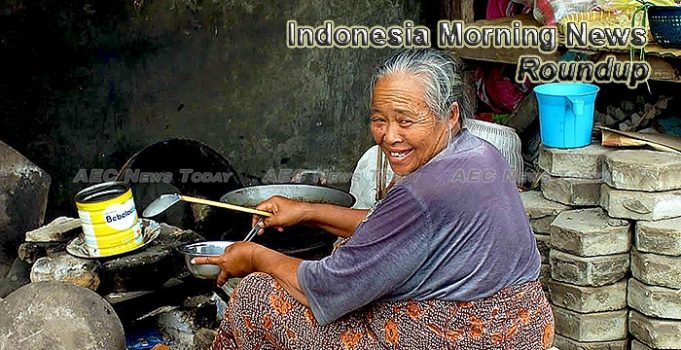 Good start and on track seen for CIMB
Upgrade to market perform with a higher target price of RM6.30: CIMB Group Holdings Bhd’s core net profit of RM1.18 billion (+17% year-on-year [y-o-y]) was in line with 29% and 27% of our and consensus estimates respectively.
– The Edge Markets

PE firm Falcon House invests in Indonesia’s hospitality chain Ismaya Group
Private equity firm Falcon House Partners is on an investment spree. After funding Indonesia’s bakery and pastry chain The Harvest, it is learnt to have picked up a stake in the country’s leading hospitality chain, the Ismaya Group, two people aware of the development told DEALSTREETASIA.
– Deal Street Asia

Tax office to probe over 1,000 alleged tax evaders
The Directorate General of Taxation plans to investigate more than 1,000 taxpayers who stand accused of tax evasion.
— The Jakarta Post

IS-linked Terrorist Attack in Jakarta’s Kampung Melayu Bus Station
After the suicide bomb attack in Manchester (United Kingdom) and the firefight between Philippine military forces and local Islamic State (IS)-inspired Maute fighters in Mindanao earlier this week, Indonesia also became the center of a new radical Islamic attack when – on Wednesday evening (24/05) – two suicide bombers struck at the Kampung Melayu bus station in East Jakarta, killing three police officers and injuring about a dozen others. Including the two terrorist, it led to five casualties. IS claimed responsibility for the attack.
— Indonesia-Investment

No More Eid Tickets for Train to Central, East Java
PT Kereta Api Indonesia (KAI) said they’re out of tickets from Jakarta to Central and East Java for travels before and during the Eid Day.
— Tempo

Indonesia Bourse May Halt Losing Streak
Ahead of Thursday’s Ascension Day holiday, the Indonesia stock market has moved lower in three straight sessions, sliding more than 90 points or 1.4 percent along the way. The Jakarta Composite Index now rests just above the 5,700-point plateau although it may stop the bleeding on Friday.
— Nasdaq

Pertamina profit drops by 25% amid surge in crude oil price
State oil and gas firm Pertamina saw profit drop by 24.75 percent to US$760 million in the first quarter of this year from $1.01 billion in the same period last year due to a surge in prices for raw materials.
— The Jakarta Post

State builder Adhi Karya issues Rp 3.5t bonds
State-owned builder PT Adhi Karya is offering bonds worth a maximum of Rp 3.5 trillion (US$262.9 million) and totaling Rp 5 trillion under the first phase of its shelf offering II for the next two years.
— The Jakarta Post

Motorcycles Remain Popular for Mobility in Traffic Jams in Ho Chi Minh, Jakarta
Vehicle sales in Southeast Asia are set to outpace all other regions of the world during 2017, according to industry research, highlighting surging economic expansion in some parts of the region.
— Netral English

Indonesia’s pioneering community-owned off-grid PV: A model for the future?
A 1.2 MW hybrid plant is currently under development in a remote area of Indonesia aiming to provide 24-hours access to electricity for about 400 households in three villages. The project will be owned by the local community, offering a model for the development of solar PV in the country.
— One Step Off The Grid

Indonesian life sector sees 28% jump in premiums in Q1 2017
Premiums in the Indonesian life insurance industry increased by just over 28% to IDR35.19 trillion (USD2.64 billion) in the first quarter of 2017, compared with the corresponding quarter last year.
— Hubbis