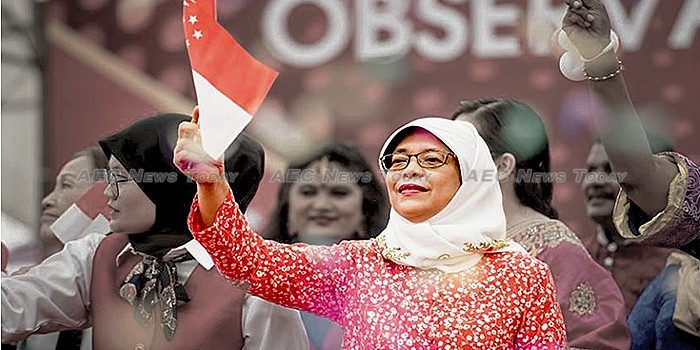 Singapore’s new President, Halimah Yacob, is a widely liked and respected former speaker of parliament, as well as the first female ever and first Malay in five decades to become the largely ceremonial head of state.

Yet what looks like a milestone for Singapore is triggering anxiety about the political process that selected her and reviving lingering questions about the long-term staying power of the People’s Action Party (PAP), the party that Halimah quit before her presidency.

The unease is rooted in parliament’s passage of constitutional amendments in November 2016 that curtailed the powers of the president, while imposing new conditions on candidate eligibility.

The most notable change was the introduction of a ‘reserved’ presidency, to be activated if more than five presidencies pass without one of the officially recognized minority ‘races’ represented in office. In practice, the provision reserved the 2017 contest for Malay candidates only.

Critics of the government saw the changes as an attempt to obstruct presidential candidates whose positions do not align with the PAP. This includes the ethnically Chinese Tan Cheng Bock, an outspoken government critic who narrowly lost the 2011 elections to establishment favourite Tony Tan. While three candidates expressed their intent to contest the 2017 elections, two failed to meet the stringent eligibility criteria, handing the presidency to Halimah without an election.

Like many other places, Singapore tilts its elections in favour of incumbents through subtle manipulation of institutions and procedures. The extent to which this undermines legitimacy depends on whether the electorate perceives the result to be a function of interference.

Correctly or incorrectly, many voters saw Halimah’s 2017 reserved election as a means to pre-empt an unfavorable outcome that could have occurred in an open election, particularly since no candidate aside from the establishment favourite was deemed eligible.

Singapore’s electorate has not always been so unforgiving. In 1993, the first popular election for the presidency was contested only because Chua Kim Yeow reluctantly agreed to run against the establishment favourite and eventual winner, Ong Teng Cheong. Following that, voters did not have a choice in candidates again until 2011.

But Singaporean politics has changed in important ways since then. The 2011 Singapore general election was the first in which all electoral districts were contested by opposition candidates. In previous elections, many seats went to the PAP uncontested, ensuring a PAP victory before the first ballot was even cast.

The first ever loss of a Group Representation Constituency (GRC) — which are oversized districts contested by a team of candidates — to the opposition Workers’ Party likewise signaled a more competitive era, since GRCs were previously seen as impenetrable.

While the PAP continues to dominate Singaporean politics, the electorate increasingly expects genuine competition in order for political rule to be seen as legitimate.

The result is significant discontent with the reserved presidency.

So Halimah assumes office with a relatively weak mandate and with the difficult task of convincing a skeptical electorate that she is indeed the people’s choice to head the state of Singapore. For its part, the PAP lost an opportunity to demonstrate that its candidate could draw support entirely on her own merit.

The episode also revived lingering questions about the long-term electoral resilience of the PAP. Since it assumed power, the party has emphasised its pragmatism and capability, arguing that it is the best option for ensuring the stability and continued growth of the country. Sustaining this narrative requires a politically astute leadership that can convince the population it understands their needs and sentiments, and will constructively respond to them.

The widespread backlash against the reserved presidency took the PAP by surprise and renewed questions of whether the party has its ear to the ground. Senior PAP officials have vigorously defended the decision to amend the constitution as necessary for the ongoing process of maintaining a multicultural society, with the Prime Minister Lee Hsien Loong stating ‘in an open election — all things being equal — a non-Chinese candidate would have no chance’.

The support for this is mixed. A 2016 study conducted by the Institute of Policy Studies (IPS) indeed suggests that many Singaporean Chinese have reservations about minority candidates. But it is also clear that for many Singaporeans, deputy prime minister Tharman Shanmugaratnam — who is ethnically Indian — is the preferred successor to Lee for the prime ministership. Halimah’s popularity as an effective grassroots member of parliament further supports the notion that abstract sentiments about race do not necessarily translate into exclusionary politics in practice.

More significantly, the IPS study shows a clear generational effect, as race appears to be less of a significant factor in candidate preferences among younger voters. This is reflective of an evolving electorate that has higher levels of education and more exposure to political environments beyond Singapore than previous generations of the country’s voters.

It would be foolhardy to be complacent about identity politics in Singapore given the instability it is sowing around the world. Yet the younger generations’ emerging skepticism of the PAP’s model of racial politics reinforces their concerns about the party’s understanding of a changing Singapore.

The challenge for the PAP is to adapt and play by a new set of rules before voters’ doubts undo the party’s dominance at the polls. There is little risk of this in the next couple of elections, but for a party that has always prided itself on taking the long-term view, the risk to its longevity is real.

This article is written by Isabel Chew, a PhD student at the Department of Political Science and Kai Ostwald, an assistant professor at the School of Public Policy and Global Affairs and the Department of Political Science, University of British Columbia. It first appeared on East Asia Forum under a Creative Commons License and is reproduced here with its permission.