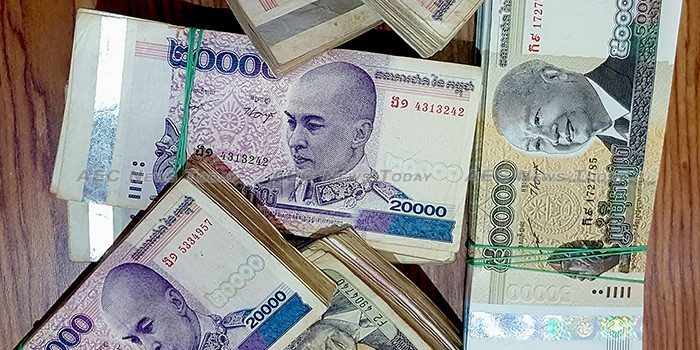 Cambodia recently made the transition from a low income to a lower middle-income country, according to the World Bank’s rankings. This is good news, but it poses a question: does Cambodia need to rethink its model of export-driven economic growth, as preferential access for its exports to developed countries is gradually reduced, or as aid flows diminish?

The answer is not necessarily, at least for now. But it should start preparing for the future immediately.

Cambodia still retains least developed country (LDC) status as defined by the United Nations, and will likely retain its trade privileges for a while yet. But it will also likely transition to upper middle-income status by around 2030 if it maintains current growth rates. With adequate advanced planning, Cambodia can avoid being a victim of its own success when it does so.

Tax reform that shifts sources of government revenue from foreign (trade taxes) to domestic (income, expenditure based) needs to be accompanied by improved collection efforts. And creating a culture where businesses and citizenry feel an obligation to contribute towards the provision of public goods and services can take years, so it needs to start now.

These initiatives are essential to mobilise domestic resources to fund development, given that overseas development aid and concessional financing will wane as Cambodia gets more prosperous.

Cambodia also has several domestic obstacles to overcome — not only to prepare for a transition to upper middle-income status, but to speed up that journey.

Arguably the most important challenge is weak human capital, as well as a skills mismatch. To fix this requires a much greater investment in education — not only in vocational or higher education, but also primary and secondary school.

The enormity of the task that lies ahead is underscored by the World Economic Forum’s Global Human Capital Report 2017, which placed Cambodia at the bottom of the list in Asean.

The goal is to make sure all Cambodians have at least ten years of schooling, forming the basic building block for a much more productive workforce. Then we can talk about specialised vocational or tertiary education, and matching employee skills to employer needs.

At this stage, and based on interviews with Japanese firms operating in the Phnom Penh Special Economic Zone (PPSEZ), what employers are seeking is not necessarily ‘trained’ labour, but ‘trainable’ labour, as skills required are quite job-specific and usually provided on-site.

Other challenges include the elevated cost of electricity, one of the highest in Asia. Apart from the skills constraint, the cost and unreliable supply of power is the other key factor limiting industry’s progression up the value chain from simple assembly to production of parts and components. If the former is labour intensive, the latter is energy-intensive, and remains uneconomical at current prices.

Agriculture will remain the backbone of Cambodia’s economy for years to come, including during the transition to the next income bracket. Most Cambodians continue to be employed in this sector — either directly or indirectly.

To further reduce poverty and inequality, the agriculture sector must become more productive. To do this requires better infrastructure in the form of irrigation systems and rural roads, more fertiliser usage and easier access to high-yielding varieties of crops.

The size of farms and variety of their produce should also be enhanced to exploit economies of scale and scope, respectively. Land reform will be essential here.

Another option is to pursue agro-processing to raise value-addition. Agro-processing combines agriculture and manufacturing. We can see this in products like pepper, cassava or coffee, which add value along the supply chain and boost economic returns.

Cambodia is making good progress towards upper middle-income status by diversifying its economy. There is a lot of new investment from Japanese firms in the PPSEZ that is plugging it into regional supply chains for the first time. This trend will only continue to grow in the future, creating good jobs for more of the workforce.

While agriculture will remain important for some time yet, there is no denying the long-term decline in its share of economic output, and the increasing shares of services and manufacturing. These structural transformations will require reskilling the labour force to reduce adjustment costs and unemployment.

But the challenges in the labour market extend further, and involve demographic transitions in a young population seeking productive employment. The much-vaunted demographic dividend will only be realised if the jobs are there to be filled.

These structural changes will also result in rising urbanisation as rural–urban migration increases. This must be managed by better town planning to prevent urban slums and create liveable cities. One only needs to look at how Phnom Penh’s infrastructure has been stretched over recent years to appreciate the magnitude and importance of this challenge.

Cambodia’s socio-economic achievements since the early 1990s peace settlement have been remarkable. But success brings with it new challenges.

If Cambodia plans carefully for graduation from LDC status, it can ensure that the hard-won economic gains are preserved for the next generation.

This article was written by Jayant Menon, a lead economist in the Economic Research and Regional Cooperation Department at the Asian Development Bank, and adjunct fellow of the Arndt–Corden Division of Economics, the Australian National University. It first appeared on East Asia Forum under a Creative Commons License and is produced here with its permission.