RRTS: Increasing inter-island trade in the Philippines through island hopping 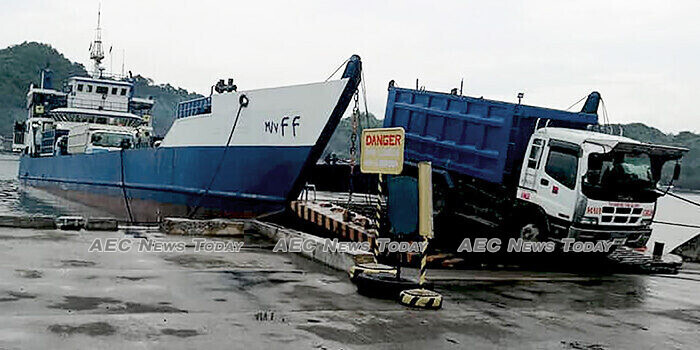 The Philippines is an archipelago of over 7,000 islands. Internal connectivity is a major challenge, with domestic maritime trade costs high.

In the early 2000s, moving a twenty-foot container equivalent (TEU) from Davao City in the south to Manila costs $1.50 per nautical mile compared to 50 cents when shipped from Hong Kong, China, or Bangkok, Thailand.

Against this backdrop, the Philippine government introduced the Roll-on Roll-off (RORO) Terminal System in 2003 as a means of reducing maritime transport costs.

Cargo vehicles can directly board the RORO vessels, bypassing cargo handling, one of the most expensive and time-consuming processes in maritime trade. RRTS also makes direct deliveries to institutional buyers possible, which implies savings on inventory costs.

While RORO ships existed prior to the RRTS, burdensome regulations prevented its wide adoption.

For example, in the 1990s, cargo trucks had to pay tariffs when moving from one island to another.

Moreover, RORO ships were charged cargo handling fees even when the process is unnecessary.

The RRTS introduced reforms that made RORO transport commercially viable.

Roll-on Roll-off systems are effective in reducing trade costs, because economies of scale are more easily achieved — a vital requirement in the shipping industry.

In particular they are most suited to small-scale island trading where ports have insufficient volumes to fill container ships on a regular basis, providing the ability for more frequent trips with faster turnarounds. Compared to domestic container ships with a median capacity of 375 TEUs, a typical RORO ship carries a load of 150 such units when full.

Popularity of the RORO system is growing. Between 2003 and end of 2013 the network of RORO routes had grown from 34 to 113, with some estimates crediting the network has having increased inter-island trade through connected ports by an average 35 per cent … without displacing trade from neighbouring ports without RORO facilities.

An important source of the growth comes from RORO ports trading a more diverse set of products and exporting to new destinations.

Connected port pairs trade 37 per cent more kinds of products and have 1 percentage point greater probability of shipping to a new trading partner.

For example, the port of Dumaguete started shipping tuna, sardines, and cod after RORO connection in 2003. It also started exporting to ports in Misamis Occidental, outside of Ozamis city, its traditional trading partner in the province.

The change to lane meter charging also confers advantages on higher value products, because transport costs do not change with the cargo being shipped.

Records show that 45 per cent more types of products in the highest quartile of the value distribution are traded in RORO pairs, and these are transacted 65 per cent more frequently.

The greater frequency of transactions occurs because RORO reduces the ratio of trade to inventory cost, making it cheaper to ship more frequently instead of stocking up on inventories.

This is particularly beneficial where perishable produce is involved, and for high-value goods for which the opportunity cost of liquidity is high.

The integrated land-sea transport nature of RORO makes it most suited to short distance routes, while large container-carrying vessels have an advantage in long haul journeys. The potential complementarities between the two are obvious.

Indeed, trade between container routes where both origin and destination ports are also serviced by RORO is higher by 52 per cent compared to itineraries where RORO feeder service is missing at one or both ends.

The RORO terminal system is consistently associated with increased inter-island trade. The greater diversity of products and expansion to new trade partners suggest that the programme was instrumental in spurring dynamism and growth in connected ports.

Savings in inventory costs are also substantial, as evidenced by more frequent trade in RORO connected ports. These savings appear to be largest for agricultural products and high value goods pointing to potential benefits in terms of rural development and income diversification.

This article was written by Eugenia Co Go, Economics Officer, Economic Analysis and Operational Support Division (EREA), ERCD. It first appeared on Asian Development Bank (ADB) under a Creative Commons License and is reproduced here with its permission.