By Asian Development Bank on October 9, 2017 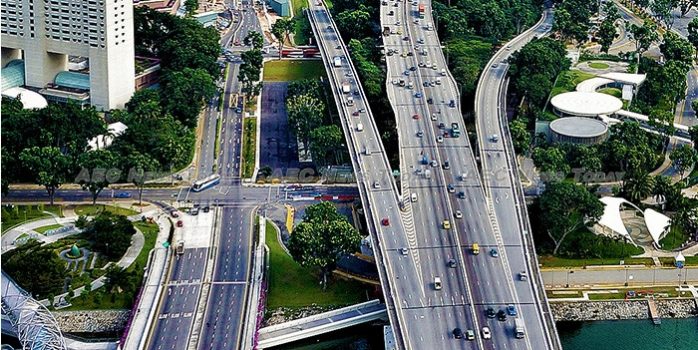 Infrastructure is essential for development. Roads, railways, ports, and power supplies have helped drive Asia’s growth, allowing its people to get to work and its products to reach markets.

For this momentum to continue the region’s existing stock of infrastructure must be upgraded. A new generation of transport networks, energy facilities, and water and sanitation systems must be built.

The demand for infrastructure across Asia and the Pacific far outstrips current supply, according to a recent Asian Development Bank (ADB) report, Meeting Asia’s Infrastructure Needs. The report finds that more than $26 trillion will be needed between 2016 and 2030, or $1.7 trillion a year, to deliver infrastructure that supports robust growth and is resilient to climate change. That’s double the amount spent annually at present.

How can we close the gap? Asia’s governments alone cannot foot this staggering bill, and the private sector can be reluctant, often with good reason, to shoulder the risk. Coordinated action is the only way forward. Otherwise growth opportunities will be missed and it will take longer for countries to lift their citizens out of poverty.

History provides lessons on how we might move ahead. In the 1800s the construction of the Transcontinental Railway in the United States and the British and Japanese railway systems helped revolutionize industry in those countries. This is what good infrastructure does—provide the backbone for economic activity to take place. In each of these instances the private sector played a key role.

Britain’s railway system, the oldest in the world, grew from a patchwork of local lines built by small private railway firms. The Transcontinental Railroad was built by two private companies, the Union Pacific and Central Pacific. By the 1890s, private lines accounted for over 70 per cent of Japan’s railway network.

In all cases though the state had a crucial enabling role. Britain’s Act for Regulating Railways, enacted in 1840, set controls on prices and profits and introduced safety standards for passenger trains. In the US, the Pacific Railroad Act of 1862 provided both government-guaranteed bond financing and land grants to the Union Pacific and Central Pacific. In Japan, the government built the first railway line from Tokyo to the port of Yokohama in 1872, before private firms led by Nippon Railway took on the bulk of railway expansion.

In Asia a century later, a tripling of the road network and ten-fold rise in power generation capacity over the last thirty years has spurred growth that helped lift a billion people from poverty. Most of the funding was provided by the public sector.

Today, only a few countries, notably China among the large economies, are investing close to what they need. The region will grow by more than 5 per cent a year on average from now until 2030, and infrastructure will need to keep pace. But, excluding China, the infrastructure investment gap for the region is a yawning additional 5 per cent of GDP.

The public sector can close some of the gap by mobilizing public finances. Policymakers can raise revenues, primarily through tax reforms. Also, spending can be reoriented, for example by reducing poorly-targeted fuel subsidies. Finally, countries must determine whether they can increase borrowings while keeping debt levels manageable.

Still, these steps would deliver only two-fifths of the additional needed investment. To bridge the gap completely, the region needs to revive the spirit of public-private sector collaboration that led to the 19th century rail transport booms in Britain, the US, and Japan.

Private sector financing of infrastructure has to rise by almost four-fold, to $250 billion a year through 2020. There is no shortage of funds. Developing Asia saves over $6 trillion a year. Of $75 trillion in global long-term assets from institutional investors, only 1 per cent is invested in infrastructure.

Progress on three fronts would boost private investment levels across the region.

First, deeper capital markets would channel the region’s domestic savings and global long-term capital into infrastructure assets. Instruments such as bond guarantees can enhance the appeal of infrastructure to long-term investors such as pension and insurance funds. Establishing strong local ratings agencies can spur the development of bond markets and attract private investment, as Malaysia’s recent experience has shown.

Second, market conditions conducive to investment must be created and maintained. Investors are hungry for new instruments to finance infrastructure, such as climate-friendly green bonds. But they won’t take on risk in the absence of some combination of macroeconomic and political stability, good governance, adequate investor protection, and sound and predictable laws and regulations.

Third, public-private partnerships (PPPs) should be supported through better laws, streamlined procurement and bidding processes, and dispute resolution mechanisms, to develop a pipeline of viable projects. The Philippines’ PPP Center has secured more than $6 billion of private financing for 15 awarded projects. Other governments need to provide similar incentives for private participation in infrastructure projects.

I am confident Asia can bridge its infrastructure gap. Taking guidance from history, governments and private firms must work together to secure Asia’s economic future.

This article was written by Yasuyuki Sawada, chief economist at the Asian Development Bank.

RRTS: Increasing inter-island trade in the Philippines through island hopping