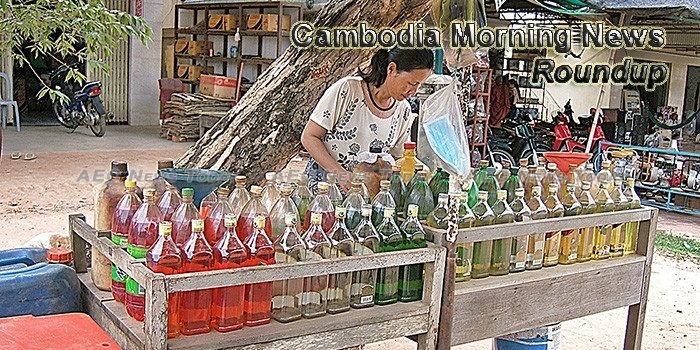 Lift Commercial Surrogacy Ban Cambodia Trial of Cancer Struck Aussie Nurse Told
A Cambodian defence attorney has called for the current ban on commercial surrogacy in Cambodia to be abolished ‘because the people are poor’, adding ‘it is not wrong to just bear a baby for another’. A second defence attorney pleaded that his clients were being prosecuted for acts committed before there was a law prohibiting the practice.
— AEC News Today

Co-Working Spaces in Demand as Alternative to Rising Rent
When Duong Kim Hak and his business partner decided to expand their online bookstore to a brick-and-mortar location, the entrepreneurs went for a non-traditional store site that’s growing in popularity abroad and in Phnom Penh: a co-working space.
— The Cambodia Daily (paywall)

Cambodian mission rebukes UN over ‘Adhoc 5’ statement
The Permanent Mission of Cambodia to the United Nations warned the UN not to interfere in the Kingdom’s internal affairs after the body’s human rights arm issued a statement welcoming the release of the so-called “Adhoc 5”, according to a statement made public early this morning.
— The Phnom Penh Post

As region cracks down on migrants, agencies provide costly, illegal passport service
Amid crackdowns on undocumented migrants in Malaysia and Thailand, demand for passports among Cambodian migrants has seen large spikes in recent weeks, with many making the costly journey to Phnom Penh to get their paperwork in order.
— The Phnom Penh Post

Cambodian beer workers resist global giant’s offensive
In relation to labour issues, Cambodia is often seen through the context of the exploitation of workers in its garment sector. Cambodia also has an expanding tourism industry with increasing numbers of workers employed in this sector.
— Rabble Ca

Prime Minister Should Be in Prison, Jailed Commentator Kim Sok Says
Jailed political commentator Kim Sok on Tuesday declared that Prime Minister Hun Sen should be in Prey Sar prison rather than himself during a hearing in which the Phnom Penh Municipal Court denied Mr. Sok’s second request for bail.
— The Cambodia Daily (paywall)

Local Nonprofit to Highlight Cambodia Town Community During Upcoming Talk the Block Event
This Saturday, local nonprofit organization We Are the Next will host “Talk the Block”, the third iteration in a series of neighborhood events paying tribute to the immigrants, minorities and small business owners working in Long Beach, highlighting entrepreneurs whose contributions are traditionally under-recognized.
— Long Beach Post

No Criminal Charges Filed in Six-Month Fishing Crackdown
A six-month crackdown on illegal fishing in the Tonle Sap lake region netted hundreds of thousands of meters of illegal gill nets and scores of batteries used in electrocution fishing, but not a single criminal charge in more than 1,500 cases, the government reported on Tuesday.
— The Cambodia Daily (paywall)

Caution Against Dengue Fever
The Department of Communicable Disease Control of the Ministry of Health has called for people to take precautions against dengue fever and take part in efforts in thwarting the disease, as rainy season is coming.
— Fresh News

Philippines Morning News For May 19