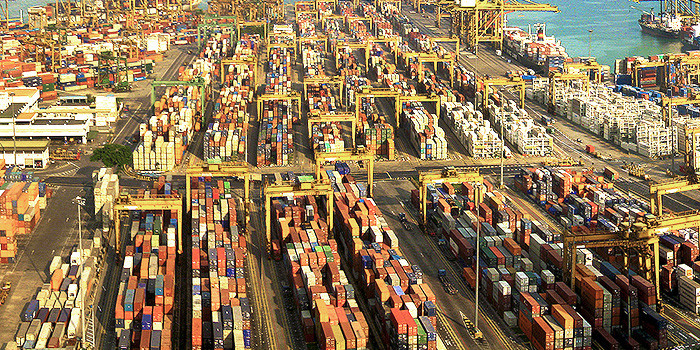 The latest edition of the World Bank’s Logistics Performance Index report (LPI 2016 report) see’s Singapore retain its position as Asean’s logistic hub for the tenth consecutive year, with all other Asean Community (AC) members with the exception of Cambodia and Myanmar, seeing their rankings fall.

The reduction in Asean member countries is in line with a global trend, according to the authors of the report, who said progress in logistics performance slowed for the first time since 2007 for the world’s least developed economies. Emerging economies that implement comprehensive initiatives continue to improve their performance, they said.

For the AC the drop in global rankings saw the regions largest exporting nations and economies – Indonesia, Malaysia, the Philippines, Thailand and Vietnam – drop by between seven and 21 places. Lao PDR experienced the largest drop to end at 152, only eight places ahead of war-torn Syria at the bottom of the 2016 LPI report at 160.

At the same time Cambodia and Myanmar, both countries that are seeing sustained inflows of foreign investment and expansion of their industrial base experienced growth, with the latter moving up 32 positions and the former ten places.

For rapidly emerging Myanmar the 2016 LPI report highlights the extensive and continued improvements undertaken to facilitating the movement of goods into and out of the country, having ranked a lowly 147 in the 2007 LPI report and reaching 133 in 2012, before dropping back to 145 in the 2014 LPI report.

For Cambodia the 2016 LPI report ranking of 73 reinforces its claim to being Asia’s newest tiger economy (See: Cambodia: Asia’s New Tiger Economy), with the country’s rankings having risen dramatically from a lowly 129 in 2010, after falling from 83 in the 2007 LPI report.

For the remainder of AC members the 2016 LPI report is bad news. Indonesia, Malaysia, Thailand, Vietnam, and Lao PDR all recorded their lowest global ranking since the Logistics Performance Index (LPI) began in 2007.

Described as a much needed tool for managers when logistics capacity and quality need to be made, the 2016 LPI report is the fifth edition in the World Bank’s Connecting to Compete series, and draws on the experience of logistics professionals worldwide ‘to try and capture the complexity of supply chains in synthetic indicators that are comparable across countries’.

First published almost ten years ago, the publication aims to provide information for policy makers, traders, and other stakeholders on the role of logistics for growth, and the policies needed to support logistics in areas such as infrastructure planning, service provision, and cross-border trade and transport facilitation.

According to the 2016 LPI report countries characterised by low logistics performance face high costs, not merely because of transportation charges, but also because unreliable supply chains hamstring integration and participation in global value chains. (See: Why GVCs Are The Kickstart The AEC Needs )

The authors found that clearance procedures and ensuring access to physical infrastructure will continue to be a priority for low-income economies, with operators in countries in the bottom quintile typically dealing with about twice as many government agencies and documentary requirements as those in countries in the top quintile –  two supporting documents for trade transactions versus four or five.

The 2016 LPI report also forecasts a bleak future for sea freight, but expressed optimism for growth in air freight based on reports by Airbus Group which forecasts a 4.4 per cent annual growth through to 2034.

Although the global air freight market was severely affected by the economic crisis of 2008 and the post 2011 crisis peak of about 195 billion freight ton kilometres (FTCs) was not exceeded until last year, the French aviation company, the 2016 LPI report says, expects growth from about 200 billion FTCs in 2015 to about 480 billion by 2034, largely driven by emerging markets, especially in the Asia and Pacific region.

For sea freight the future is not so bright. The report notes that in February 2016 the main freight index for bulk shipping reached an all-time low, largely due to an oversupply of bulk and tanker vessels.

Other challenges facing the logistics industry, the report found, was a global shortage of qualified staff in all four industry occupational levels – operations, administration, supervisory, and managerial – in both developed and developing countries.

“Efficient logistics connects people and firms to markets and opportunities, and helps achieve higher levels of productivity and welfare. Unfortunately, the logistics performance gap between rich and poor countries continues and the convergence trend experienced between 2007 and 2014 has reversed for the least performing countries.”

The 2016 LPI report draws on the knowledge and experience of 1,200 logistic professionals in 132 countries,. More than 7,000 country assessments of 160 countries were made during the survey periods of October and December 2015 and between March and April 2016.