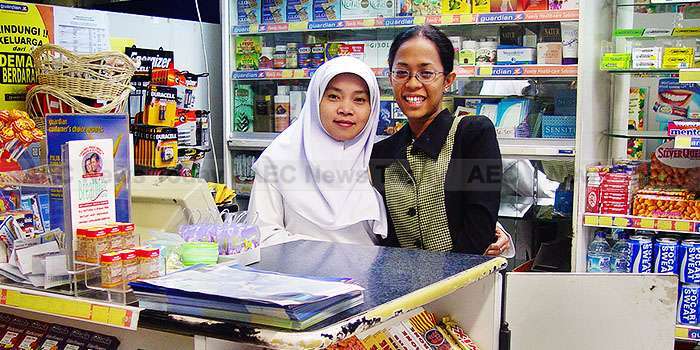 Singapore may be one of the easiest country’s in the world in which to do business, but the city-state shouldn’t become complacent. Asean neighbours Indonesia and Brunei lead the world in reforms aimed at making it easier to do business in their respective countries.

According to the recently published Doing Business 2017: Equal Opportunity for All, Indonesia and Brunei were among the top ten most improved countries in the world this year for doing business in, with the latter improving 25 places on last year ,and the former moving up 15 spots.

Produced by the World Bank Group, the report ranks nations from 1 to 190 by how easy it was for a local entrepreneur to open and run a small- to medium-size business in a country, complying with all relevant regulations, measured and tracked in 11 areas in the life-cycle of a business between June 2015 and June 2016.

Singapore #2 in the World for Ease of Doing Business

The findings show that doing business in Singapore is still a breeze. The country ranked second in the world this year, just behind New Zealand, with dealing with construction permits, registering property and paying taxes becoming easier over the 12 months prior.

Coming in behind Singapore in third place was Hong Kong, ahead of  China in fourth place, and the Republic of Korea rounding out the top five.

The World Bank report shows that across what it designates as East Asia and the Pacific 45 reforms aimed improving the ease of doing business were implemented last year, compared to 28 reforms the year before.

For the ten-member Asean Community (AC) Singapore remains unchallenged for ease of doing business with the nearest challenger, Malaysia, dropping one position over a year prior to rank 23, well ahead of Thailand, followed by Brunei, Vietnam, Indonesia, Philippines, Cambodia, Lao PDR and finally Myanmar.

Leading the charge at improving the ease of doing business in Asean was Indonesia. Improvements in a record seven areas of doing business – starting a business, getting electricity, registering property, getting credit, paying taxes, trading across borders, and enforcing contracts – saw it rise 15 places from the previous year to now rank 91.

One of the reforms responsible for its improved ranking saw the creation of a single document to register and obtain a company certificate, and a trading licence.

It also abolished the minimum capital requirement for small- and medium-size enterprises, and promoted the use of an online system to reserve company names. The result; it now takes 22-days to start a business in Indonesia, compared with 47-days previously.

Commenting on the record number of reform areas undertaken by Indonesia over the 12-month period, World Bank country director for Indonesia, Rodrigo Chaves said ‘”The Indonesian government has done a lot to enhance the quality of the business environment for the private sector. It is encouraging to the global business community and local entrepreneurs alike to see the process of conducting business simplified in so many areas.”’

While Indonesia led the field with its record number of reform areas, the tiny nation of Brunei was Asean’s fastest rising, rocketing up the charts from 97 out of 190 last year to 72 this year as a result of reforming six areas of doing business  – getting electricity, getting credit, protecting minority investors, paying taxes, enforcing contracts, and resolving insolvency.

In the last year Brunei increased the reliability of its power supply by introducing an automatic energy management system for the monitoring of outages and the restoration of service. Businesses are now able to get electricity faster due to the utility streamlining the processes of reviewing applications. As a result, a business in Brunei can get connected to the grid in 35-days, compared to 56-days previously.

The third most significant improvement in the ease of doing business in Asean was in Vietnam, which rose nine places from last year, taking the country up to 82, from 111. However, while protecting minority investors, paying taxes, and trading across borders have become easier in 2017, starting a business in Vietnam has actually become harder, according to the report.

Seeing the smallest increase in Asean was Myanmar where starting a business and getting credit became easier, but trading across borders harder. Rising one place over last year, its ease of doing business ranking for 2017 is 170 out of a total 190 countries listed.

The Philippines and Thailand both remained static from last year at 99 and 46 respectively. For the Philippines, dealing with construction permits and paying taxes became easier, while in Thailand starting a business, getting credit, and resolving insolvency saw improvements over the 2016 report year.

Slipping by one position in the ease of doing business stakes was Malaysia which fell from 22 to 23, still making it a good place to start a business in Asean. However, the report found starting a business has became slightly harder than the prior year, although getting credit, and paying taxes became easier.

While the report provides excellent insight in the ease of doing business in Asean, it should be noted that factors such as an economy’s proximity to large markets, the quality of infrastructure (apart from electricity and trading across borders), security of property from theft and looting, transparency of governments, macroeconomic conditions, or the underlying strength of institutions are not taken into account.