Rice and poverty in The Greater Mekong Subregion 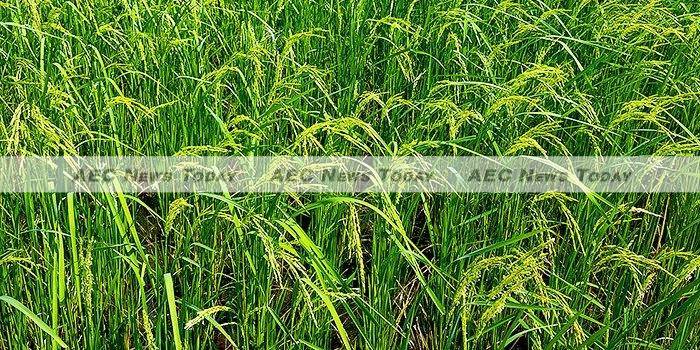 The Greater Mekong Subregion (GMS) is a major global rice producer and exporter, but its population suffers from serious levels of poverty and malnutrition.

Spanning six countries – China, Myanmar, Lao PDR, Thailand, Cambodia and Vietnam – the region is home to 334 million people. Nearly 60 million of them are involved in rice production, growing collectively over 44 per cent of the world’s rice.

All of the countries, except China, are net exporters of rice. This means they have more rice available than required for domestic consumption. Yet, nearly 15 per cent of the population is seriously malnourished and about 40 per cent of children under five are stunted, in other words, too short for their age as a result of under nutrition.

Rice sales have been a main driver of poverty reduction in the region, but 19 per cent of people in the Greater Mekong Sub-region (GMS) still live in extreme poverty.

Cambodia has one of the regional success stories, translating overall economic growth into poverty reduction. The poverty headcount in Cambodia decreased from 53 per cent in 2004 to 18 per cent in 2012. According to the World Bank, about 63 per cent of the reduction is explained by the positive developments in the agriculture sector.

Although escaping extreme poverty, many people in Cambodia and other GMS countries have remained poor and vulnerable to economic or weather shocks. The vulnerability in Lao PDR and Myanmar has even increased. Why? Because past growth was dependent on external or unsustainable drivers – high global rice prices, rapid expansion of farmland, and higher use of fertilizers.

Unfortunately, productivity (per hectare and per worker) remained low, and the production focus in many cases continued to be on low quality rice, which limited export opportunities.

Though the importance of rice is declining in some economies the rice sector is still needed to help reduce poverty in Cambodia, Lao PDR and Myanmar.

It is inevitable that in the next 20 years the focus of economic growth in the Greater Mekong Sub-region will switch from agriculture to industry and services. This is a normal process of structural transformation.

The shift has happened in China, Thailand and Vietnam already. Greater Mekong Sub-region lower income countries – Cambodia, Lao PDR and Myanmar – still have about one third of their economy relying on agriculture. To fully realize their agricultural potential, these countries need to secure higher rice productivity and profitability, and start co-producing higher quality varieties.

Farm diversification into beans and pulses, oil seeds, fruits and vegetables, especially during the dry season, and livestock and fisheries, is needed to further reduce rural poverty. Also, the whole rice value chain – including farmers, millers, and traders – needs to increase its effectiveness and regional competitiveness in order to access and compete in new export markets.

Global rice prices are projected to be lower this year, and rice consumption smaller; Currently an average person in Myanmar eats 145 kg (320 lbs) of rice per year compared to 3 kg (7lbs) in Europe.

While people in Asia will always love rice, they are going to consume less when incomes grow and they can afford other food such as eggs, and proteins. This indicates that rice consumption in GMS countries and globally is going to decline in the coming decades.

Due to lower demand, rice prices are also expected to decrease both regionally and globally. Also, the adoption of new technologies will reduce the cost of production and rice prices.

Indeed, agriculture remains vital to the Greater Mekong Sub-region for expanding their economies and reducing poverty despite lower prices and smaller consumption. To meet future needs agriculture must be transformed to deliver food and nutritional security.

Rice will remain the most important agricultural product in the Greater Mekong Sub-region, but its role and impacts will evolve over time.